Donald Trump's new Russian scandal: We don't know how much is true — but we know James Comey behaved shamefully 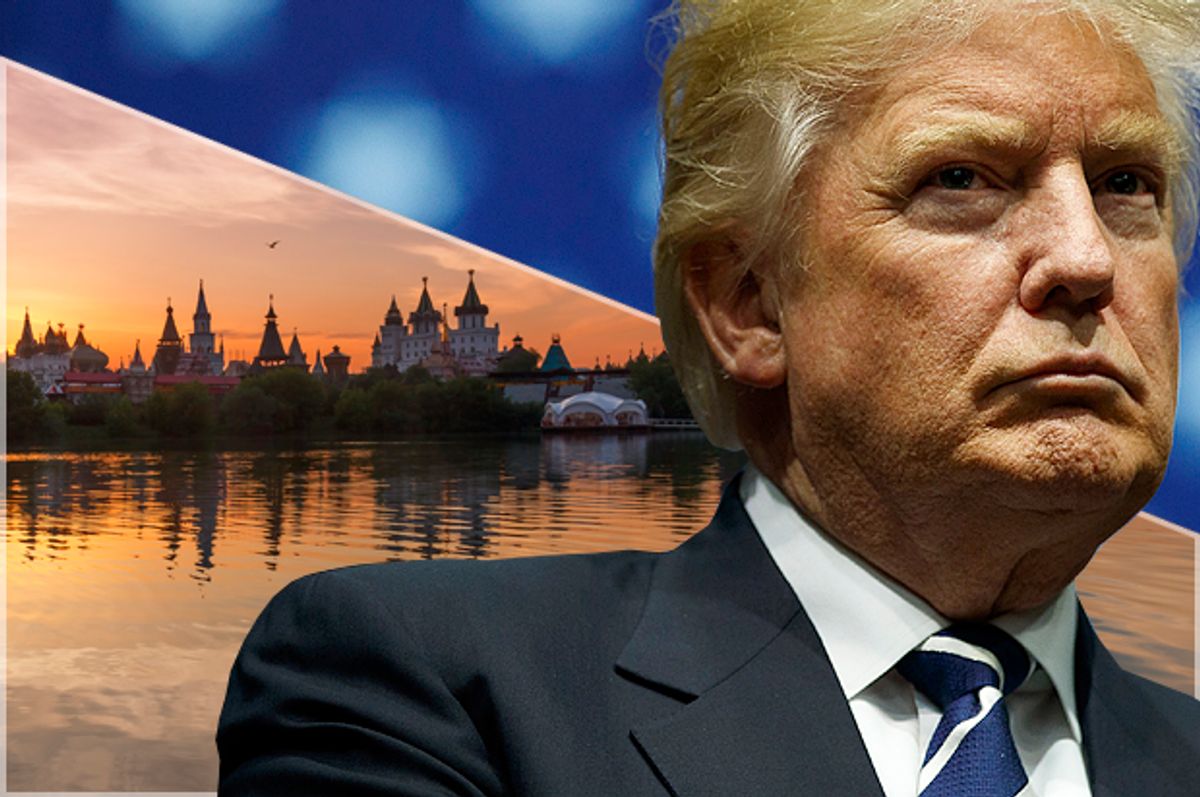 Last Sunday on "Meet the Press" there was a rather odd exchange between Chuck Todd and Sen. Lindsey Graham. The interview had taken place on the previous Friday, after the intelligence agencies had released an unclassified summary of their conclusions that the Russian government had hacked various institutions and engaged in propaganda on behalf of Donald Trump. Sen. John McCain said he simply believed the people in charge while Graham, as is his wont, went on quite a bit more. But this exchange caught my attention:

Graham: I believe that it's happening. But you need to talk to them because I don't want to speak for them.

As it turns out, there was much more to the story.

On Tuesday morning the Senate had scheduled two important hearings simultaneously, one for the confirmation of Sen. Jeff Sessions as the attorney general and the other a hearing before the Senate Intelligence Committee on the Russian hacking allegations, with the FBI's director, James Comey, making his first public appearance since the election. So it was expected that it would likely be a big news day and it definitely was. The Sessions hearing was interesting but it didn't really tell us anything we didn't know about the man. It was the other hearing that raised more questions than it answered.

That hearing started off with a statement from Sen. Mark Warner, D-Va., that evoked a question from Todd on Sunday by mentioning the need for an investigation into any "contact between the Russian government and its agents, and associates of any campaign and candidate." This was strange because Friday's unclassified report didn't say anything about contact between any "campaign and candidate" and the Russian government. Sen. Ron Wyden, D-Ore., then referenced an interview in which a top Russian diplomat said his government had been in contact with the Trump campaign and asked Comey, "Has the FBI investigated these reported relationships, and, if so, what are the agency's findings?" What was this all about?

Comey responded by saying, "I would never comment on investigations, whether we have one or not, in an open forum like this. So I really can’t answer it one way or another.” Considering his notorious behavior with respect to the Hillary Clinton email server investigation, this naturally elicited some incredulous reactions, notably from Sen. Angus King, I-Maine, who followed up quickly by asking if Comey planned to answer Wyden's question. And when Comey repeated his statement, King archly replied, “The irony of your making that statement here — I cannot avoid.”

Then Comey attempted to cover his gaffe by saying that he is known to be "politically tone-deaf" and then patted himself on the back, saying that was "how it should be." But he has given the appearance of a blatant double standard on this ever since it was revealed that the FBI knew about alleged Russian interference and Comey refused to divulge it prior to the election, citing ethics rules barring the FBI from interfering in elections.

Needless to say, Comey had no such scruples when he broke longstanding policy by making dramatic public characterizations of Hillary Clinton's alleged misconduct after he declined to prosecute, and then days before the election dropping his outrageous announcement about finding more emails on a Clinton aide's computer — which turned out to be nothing more than duplicates. For a man who is politically tone-deaf, he certainly seems to sing off-key in ways that favor one side over the other.

After the hearing concluded, CNN's Jake Tapper broke in with a report that explained why everyone has been hinting broadly that there was something else out there about "contacts" between "a campaign" and the Russian government beyond a few vague news stories. It turns out that along with the classified report that the agencies had delivered to the Trump campaign, the White House and certain members of Congress, they had also delivered an addendum which contained some unverified "opposition research" that had been in circulation around Washington for some time. Indeed, it had reached the desk of McCain, who personally passed it on to the FBI.

CNN reported that a former operative for the British intelligence agency MI6, who had proved to be a credible source in the past, had produced some reports alleging that the Russian government said it had compromising information on Trump and that there had been contacts and deals made between Trump campaign associates and Russian agents. (BuzzFeed subsequently, and perhaps rashly, published the alleged contents of these reports or some of them. It's quite likely you've heard about that.)

Allusions to this matter had already bubbled up in various places over the past few months, notably in this article by David Corn in Mother Jones and Sen. Harry Reid's scathing letter accusing Comey of holding back "explosive" information about Trump's Russian ties in the days before the election. (These stories were all dismissed after what now appears to be a false story fed to The New York Times by the FBI, declaring that there were no connections between Trump and the Russian government.)

But the reason this became breaking news yesterday was the fact that the intelligence services thought it important enough to pass along to Trump, the Obama White House and designated members of Congress.

It must be acknowledged that the information in the addendum has not been independently verified, at least as far as we know. Presumably an investigation is ongoing. According to a comprehensive article in the Guardian, the FBI sought a secret warrant under the Foreign Intelligence Surveillance Act for permission to conduct surveillance on certain Trump associates last summer and originally was turned down. (There have been additional reports that such a warrant was granted in October.)

So a healthy dose of skepticism is called for, as always, when it comes to this fast-spreading new Trump scandal. There are many reasons why a foreign government might say it had compromising information and illicit ties to a presidential candidate, even if it's not true. But according to the Guardian article, at least some of the early reports did turn out to be true. It's also true that some of Trump's mysterious campaign behavior, or the odd circumstances under which pro-Russian language was injected into the GOP platform, might make more sense in light of this timeline of events. This is far from the end of this story, and we'll undoubtedly know more in the coming days.

All we can say for sure right now is that this is a perfect illustration of the way Comey improperly inserted himself into the election. These scandalous rumors connecting Trump to the Russian government information are unproven and unverified, and the FBI director was right not to reveal this material prior to the election. He completely ignored that principle when it came to Clinton, and there can be no doubt that it made a difference in the outcome. The fact that Comey clearly knew at the time it was at least possible that Trump had been compromised by a foreign government makes his decision even more shameful.