Republicans keep removing a painting from Congress that they find offensive 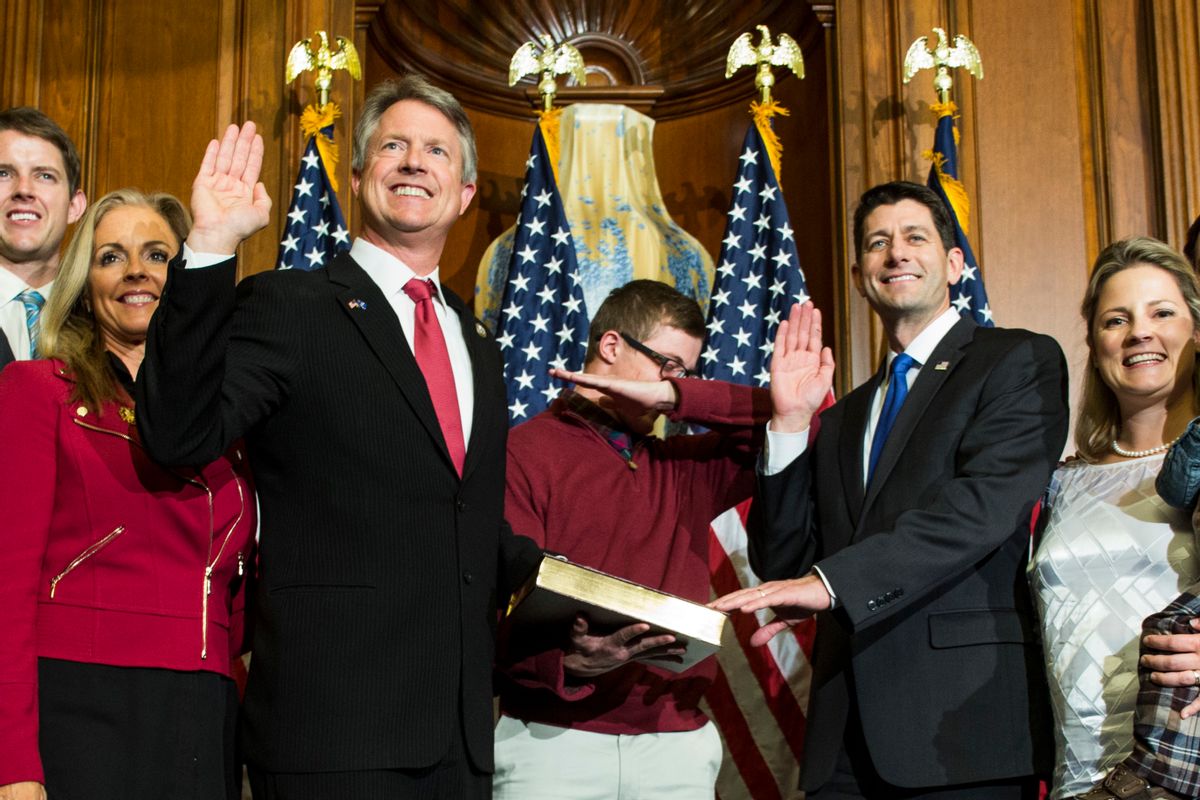 The 115th Congress, just in its eighth day, has already reached peak partisan bickering, as the Congressional Black Caucus and House Republicans feud over a surrealist painting of animalized police officers.

The painting, by a high school student from the district that encompasses Ferguson, Missouri, addresses strife that erupted between African-Americans and police after the death of Michael Brown. It shows police officers with animal heads and faces pointing guns at black citizens. A sign in the background reads "racism kills." It was selected as part of a competition that displays art projects in the Capitol.

"We may just have to kick somebody's ass and stop them," Congressional Black Caucus chair Rep. Cedric Richmond — a Democrat from Louisiana — said after Colorado Republican Rep. Doug Lamborn on Tuesday became the second GOP-er in a week to remove the painting from a wall in a hallway of the Capitol. California Rep. Duncan Hunter was the first.

"Just yesterday, we honored Law Enforcement Appreciation Day," Rep. Lamborn said in a statement. "I could not, in good conscience, continue to walk by a painting that so flagrantly disrespected the brave police officers that protect us here in the Capitol and in our communities across the country," he said. "I decided to continue the protest started by my colleague Congressman Hunter and I hope that permanent action is taken to remove this brazen attack on the brave men and women who make up the thin blue line."

Rep. Lacy Clay, a Missouri Democrat whose district encompasses the city of Ferguson, responded to the "protest" as follows: "Lamborn came over, brought the picture to me, and I made sure he left swiftly from my office."

Added Clay: "I’m in the middle of meetings in my office and he brings the picture. It’s a lack of decorum and respect for people’s constituents and people’s First Amendment rights. This kid has a right to express on canvas what he feels. How dare you try to stifle that, try to censor that. That’s wrong."