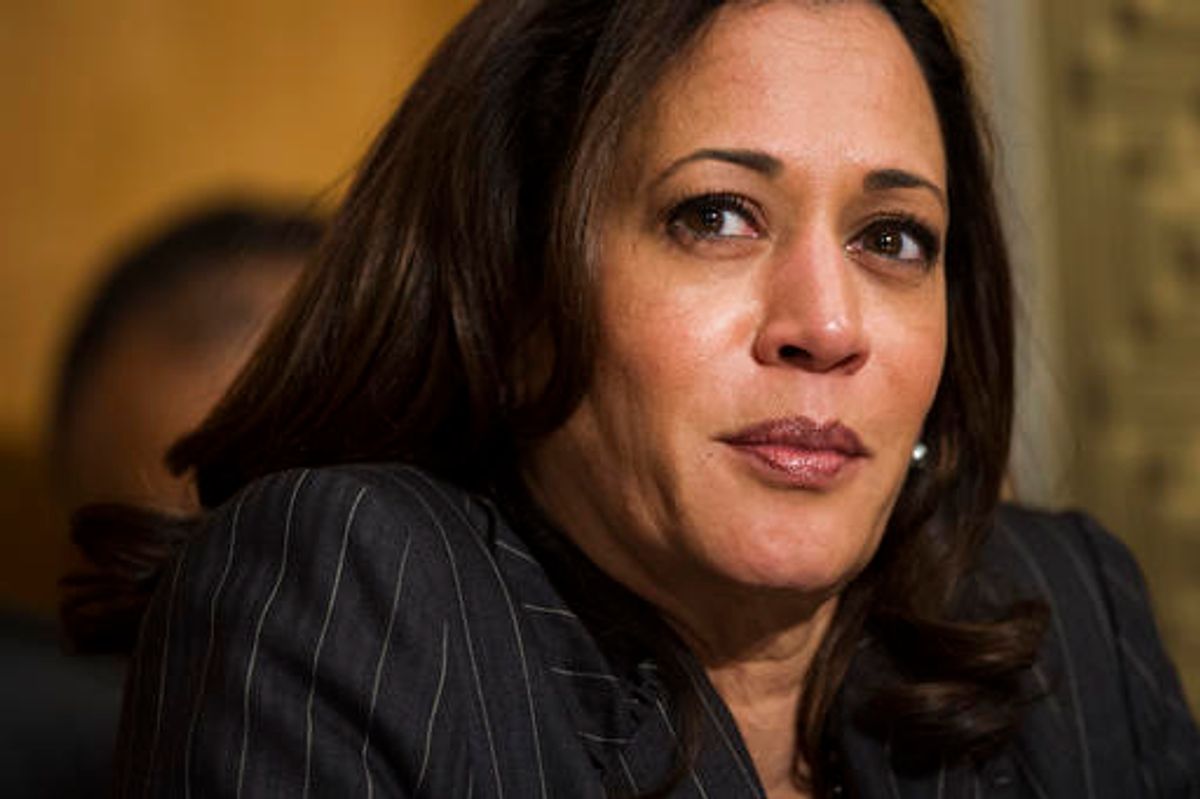 So far, the confirmation hearings for Donald Trump's Cabinet nominees have been so devoid of fireworks and contention that the man tapped to lead the Department of Homeland Security was barely asked about the president-elect's campaign plan to deport millions of undocumented immigrants.

Gen. John F. Kelly navigated his confirmation hearing before the Senate Homeland Security Committee with ease on Tuesday. Both Democrats and Republicans appeared reassured by the former head of the U.S. Southern Command and his apparent willingness to break from some of Trump's most controversial proposals -- such as a wall along the U.S. - Mexico border.

The four-star general -- who was most recently responsible for all US military activities in South and Central America and will oversee border security and customs enforcement as Trump's appointee --  testified that "a physical barrier in and of itself will not do the job.”

Trump's pick impressed even Democrats when he testified that he is confident “speaking truth to power," and said he would not use religion as “the basis of [DHS] law enforcement.”

“I’m confident that he will be a moderating influence on President-elect Trump and some of his more divisive rhetoric that he displayed during the campaign when it comes to immigration and a Muslim ban and all the other things that were covered in the hearing today,” Missouri Sen. Claire McCaskill said after the hearing.

Sen. Heidi Heitkamp, a Democrat up for reelection in North Dakota in 2018, called Kelly's hearing a "love fest."

Democratic senator for Delaware Tom Carper described Kelly as “exceptionally well qualified leader," adding that, “He has the courage to stay out of step when everyone is marching in tune.”

Newly elected California Democratic senator Kamala Harris, however, broke from the pattern of softballs to direct perhaps the most pointed round of questions.

Harris grilled Kelly about the Deferred Action for Childhood Arrivals (DACA) program, rolled out by President Barack Obama in 2012. Harris, who was previously California's attorney general, asked Kelly whether he would commit to not deporting people with the use of personal information submitted to the government as part of the program to protect young undocumented immigrants who were brought to the U.S. as children from deportation. 800,000 so-called DREAMers have registered for protections from deportation under DACA.

"Do you agree that under DACA…that we would not use this information against them?" Harris pressed.

Kelly, however, declined to elaborate on his priorities for deportation and was mostly noncommittal about Trump's call for a deportation force to round up and remove law-abiding undocumented immigrants

"I do not have a plan at this time, other than enforcement of the law," he said, lowering his voice. Kelly explained that he has not been a part of the Trump’s teams "ongoing" discussions on the issue, but promised to “keep an open mind” and “look very long and hard” at the issue.

Eventually, Kelly said that people who follow the law “would probably not be at the top of the list.”

Kelly was not the only Trump nominee to avoid pressing questions about the fate of DACA or DREAMers. Trump's pick to lead the Department of Justice, Sen. Jeff Sessions, told the Senate Judiciary Committee during his confirmation hearing on Tuesday that although “it would certainly be constitutional, I believe, to end that order,” he refused to say what he would do as attorney general about the 800,000 impacted immigrants:

The attorney general’s role is to enforce the law. And, as you know, Sen. Durbin, we’re not able financially, or any other way, to seek out and remove everybody that’s in the country illegally. President [-elect] Trump has indicated that criminal aliens — like President Obama indicated — certainly are the top group of people. So I would think that the best thing for us to do — and I would urge colleagues that we understand this — let’s fix this system. And then we can work together after this lawlessness has been ended. And then we can ask the American people and enter into a dialogue about how to compassionately treat people who’ve been here a long time