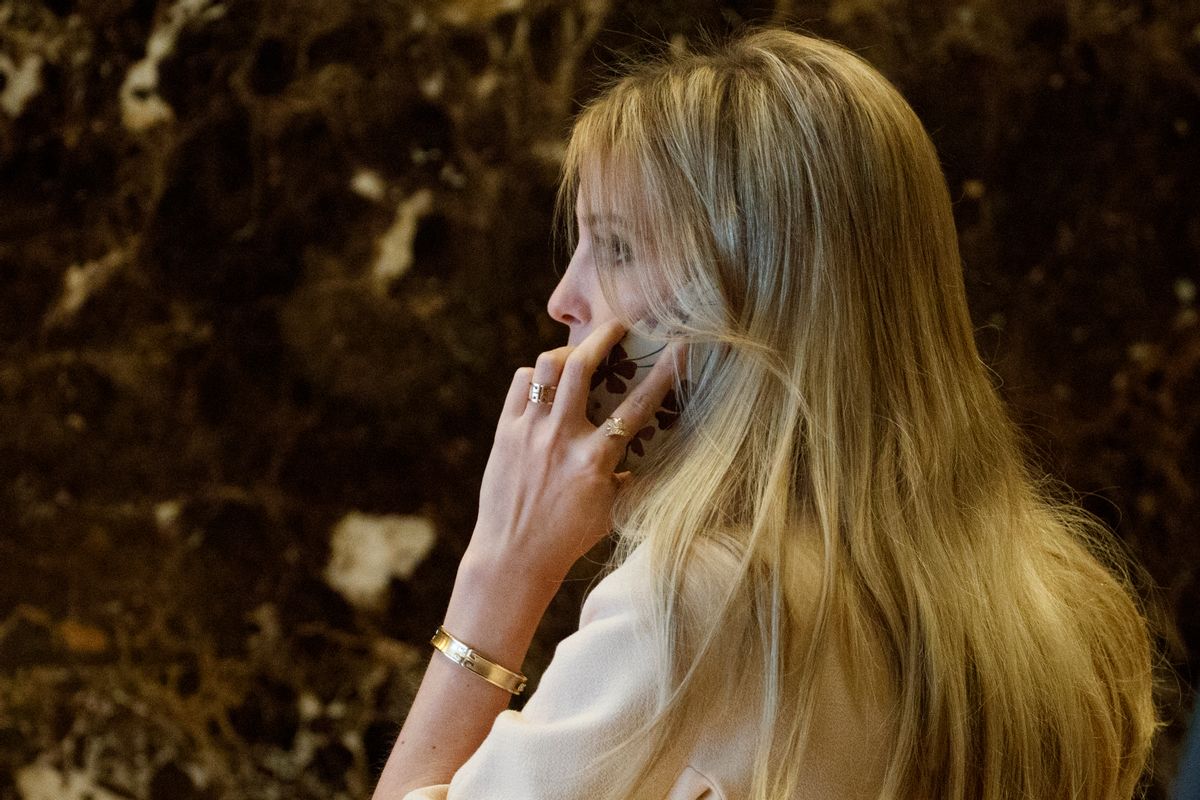 If you haven't heard much from Ivanka Trump this year, then her plan is working perfectly, according to Mike Allen, co-founder of Bank of America-backed media venture Axios.

In his daily newsletter on Wednesday, Allen reported that the president-elect's eldest daughter "plans to stay out of the spotlight for a few months as her family moves to D.C., hoping the temperature goes down on nepotism questions involving her husband, Jared Kushner."

He continued, "But then she'll begin taking high-profile stands on policies aimed at women's entrepreneurship and economic empowerment." Allen added, "A well-wired source tells me her focus will be consistent with her brand: issues affecting women who work, including family leave and equal pay."

To obtain the latter goal, Ivanka — who has been rumored to be playing the role of first lady effectively — is looking to plant yet another ally in her dad's administration, for which her husband will be a special adviser.

"Behind the scenes, Ivanka is moving to put a high-powered, high-level staffer inside the White House to help her cause," wrote Allen. "My sources tell me her first and likely choice is Goldman Sachs exec Dina Powell, who runs the firm's 10,000 Women and 10,000 Small Businesses, and was in charge of presidential personnel for George W. Bush."