Dear Meryl Streep: The disabled community has more to worry about than Trump's mockery 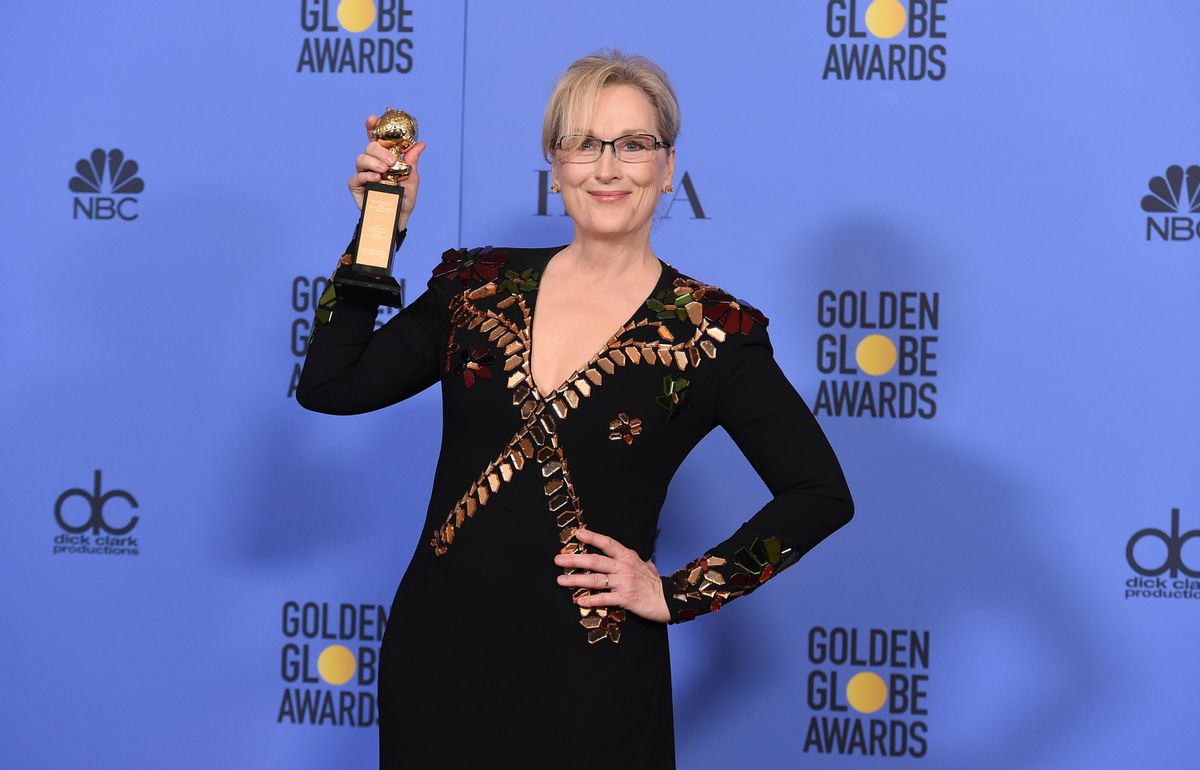 Meryl Streep poses in the press room with the Cecil B. DeMille award at the 74th annual Golden Globe Awards at the Beverly Hilton Hotel on Sunday, Jan. 8, 2017, in Beverly Hills, Calif. (Photo by Jordan Strauss/Invision/AP) (Jordan Strauss/invision/ap)
--

By now, I feel it’s safe to assume that everyone and their mother, children and dogs has seen or at least heard about Meryl Streep’s speech at the Golden Globes on Sunday. The actress used her acceptance speech as a platform to talk about the political realities of the past few months. She championed several groups such as the press, artists and immigrants, but none so strongly as those with disabilities, as she spoke against Donald Trump’s mocking disabled New York Times reporter Serge Kovaleski.

The morning after the Golden Globes, my Facebook was aflutter with my abled-bodied friends praising Streep for her speech and especially her calling out Trump on behalf of the disabled. Her speech, as well as a poll on the matter, echoed the sentiment that liberal Americans believe mocking a disabled man to be one of Trump’s most reprehensible offenses to date.

However, my perspective as a disabled person is actually a bit different. I find it staggering that, though Trump has admitted to sexual assault and flirts with the support of white supremacists, people are more bothered by a seven-second clip of his arm movements. This incident happened back in November of 2015, over a year ago. Quite frankly, I don’t really care. While I want to commend Streep’s brave usage of her platform of privilege to speak out against injustice, I think it’s important to examine how her words and the broader sentiment they reflect truly serve the disabled community.

Many disabled activists have come out to speak on behalf of the disabled community while the community is getting a rare shred of mainstream media. Emily Ladau, disabled journalist and media specialist, perhaps hit the nail on the head when she said, “People are praising Streep for her activism and her allyship in bringing up disability during her speech . . . touching on disability at a surface level without ever moving beyond discussion of mocking Kovaleski to discussions of major disability rights issues.”

Streep stated that those who are disabled lack the “power and the capacity to fight back,” a sentence that truly stunned me. I’ve always known the disabled community to be the ultimate scrappy fighters. Fellow activist Rebecca Cokley wrote in a Facebook post, “Disabled people have been fighting back for centuries. Fighting for basic access to education, health care, employment, etc. We are responsible for the longest sit-in of a federal building in United States history.”

Streep’s gross underestimation of the disabled community’s abilities hit me hard as a disabled woman, but is also all too familiar. Her protective stance toward the disabled community echoes the paternalization we often face, especially when attempting to gain agency over injustice imposed on us. Rather than this behavior aiding the disabled community, it introduces a savior-complex dynamic. This helps the recipients of privilege, well intentioned or otherwise, feel better about their powerful position. This paternalization was something I am used to shaking off — after all, she is in good company. However the idea of Kovaleski, an award-winning journalist for several major publications and a grown adult, needing saving was cringeworthy to hear on national television. This comment just further described the gross mischaracterization of disabled people's infantilization and inability to speak for themselves.

Aside from that, I did find Streep’s speech beautiful. However, it is a gross distraction from issues that performers and citizens with disabilities are actually facing within the entertainment industry and within public policy. Disabled actors like myself are focused on merely being seen on stage. We are fighting to be taken seriously as workers who can do the job. The reinscribing of the notion of disability as fragility is a wrongful assumption that often costs us jobs, as producers are afraid of our inability to perform the tasks asked us and so will cast an abled-bodied actor to play someone with a disability. The only time the notion of disability has graced the stage at award shows is when an abled-bodied actor is accepting awards for playing a disabled character — save for this weekend. It should be noted that not a single artist honored at this year’s Globes was disabled. That is zero percent representation. Streep’s speech should not be a checkmark to fill the disability quota. It is an important jumping off point for the entertainment industry to evaluate their own lack of respect toward disabled artist.

To that point, Streep’s speech and the outrage that has been displayed by Trump’s mocking of the disabled should not be a look back at a single reprehensible act. It should be a springboard to discuss disabled people's constant fight for access and rights. As people share memes of Trump’s actions, disabled people are fighting for the right to live independently rather than being institutionalized against their will. We are fighting to receive minimum wage. We are even fighting for the right just to remain alive. And most recently, the disabled community is fighting to maintain health care under the now-jeopardized Affordable Care Act.

While I am glad Meryl Streep used her platform to call out injustice, being outraged by the single clip is no use to the disabled community. Disabled people are too busy trying to dispel assumptions of inability and fight for access to life to dwell on an incident when a known bully may have made us a target in a speech.