John F. Kelly and Rex Tillerson testified before Senate that they had not discussed serious issues with Trump 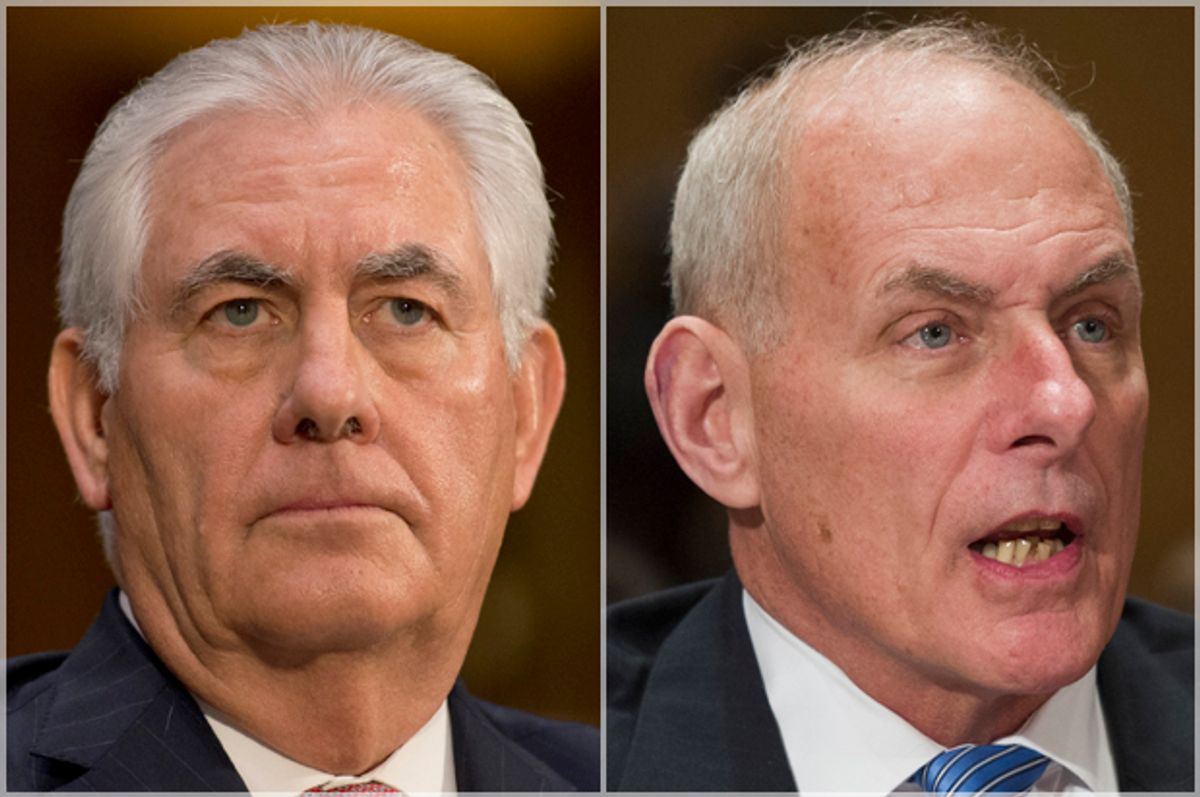 As the Senate probes the president-elect's Cabinet picks in their highly-anticipated confirmation hearings, the biggest revelation so far has been that Donald Trump has yet to discuss the most consequential issues with his nominees.

The Department of Homeland Security is responsible for border security, including immigration and customs. Trump's signature policy proposals during the campaign involved immigration and the border. And, yet, Kelly admitted Monday he was not up-to-date on the current immigration plans.

"The entire development of immigration policy is ongoing right now in terms of the upcoming administration," Kelly said in his hearing. "I have not been involved in those discussions."

Kelly was asked about the fate of 800,000 illegal immigrants who have been shielded from deportation thanks to the Deferred Action for Childhood Arrivals program. But his lack of knowledge on Trump's position prevented him from answering the question.

As far as the State Department, which will be tasked with mending U.S.-Russia relations, Trump has apparently not shared his views on Moscow with the man he picked to be secretary of state. When Tillerson sat before the Senate Foreign Relations Committee on Wednesday, he testified that he had not discussed Russia with the president-elect. "That has not occurred yet," Tillerson said.

Tillerson said that he has spoken with Trump in general terms on issues of world affairs, but specific talks on Russian policy has not yet taken place.

At the heart of these confirmation hearings is the desperate need to ascertain what the Trump administration has in store for the country when it comes to immigration and the foreign threat a certain Eastern European power presents. The confirmation hearings thus far have shed little light on Trump and his policies.