Following CNN's report and BuzzFeed's document dump, Kellyanne Conway got into an extended battle against the media 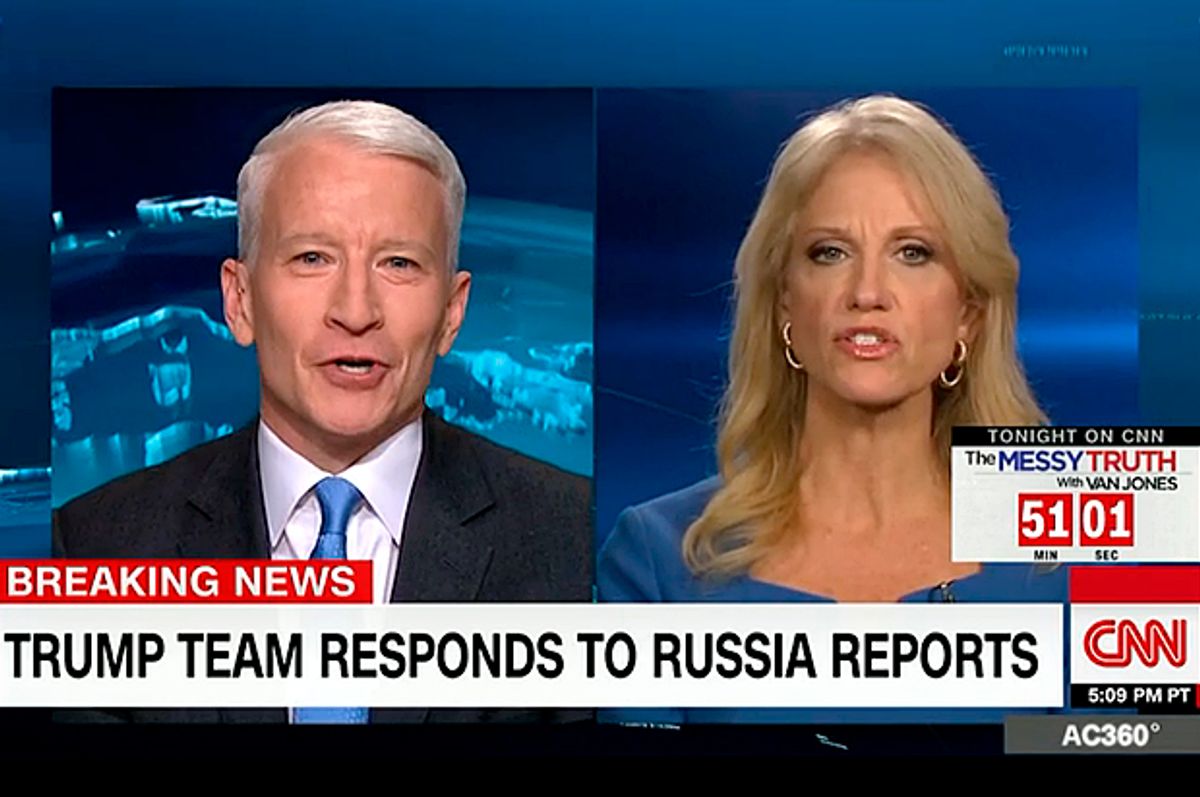 A member of Donald Trump's team went on a tear on Twitter on Wednesday after CNN broke news that intelligence chiefs had briefed the president-elect on allegations that Russia has compromising information on him. BuzzFeed's subsequent document dump of a supposed memo shared in the briefing enabled Conway and other Trump advisers to conflate CNN's independent reporting with the truly insane memo that hijacked the news cycle.

Fact-check: Ahead of my spirited interview with @AC360, here is @CNN report linking AND discussing BuzzFeed report. pic.twitter.com/nVoKLTOKMz

The journalists involved in CNN's reporting pushed back at Conway's misdirection. "She does it every day; she has been an anonymous source for the last 10 months particularly during this campaign when it suits her," Bernstein said of Conway during a CNN panel.

CNN did not report on the unsubstantiated claims that were contained in the BuzzFeed dump. Instead, the news network reported that the intelligence community had briefed Trump, President Barack Obama and eight members of Congress on the allegations that Russia had information on the president-elect that could undermine him.

That did not stop Conway from misleading the public, telling her followers on Twitter that CNN was promoting the BuzzFeed leak, even though CNN personalities such as Jake Tapper disparaged BuzzFeed's document dump.

Cooper accused Conway of conflating CNN's report and the document dump, but she again harangued CNN for going forward with the report, despite other news outlets being "reluctant and hesitant" to report "anything close to what CNN or BuzzFeed did."

Watch the "propaganda minister" defend Trump below, courtesy of CNN: