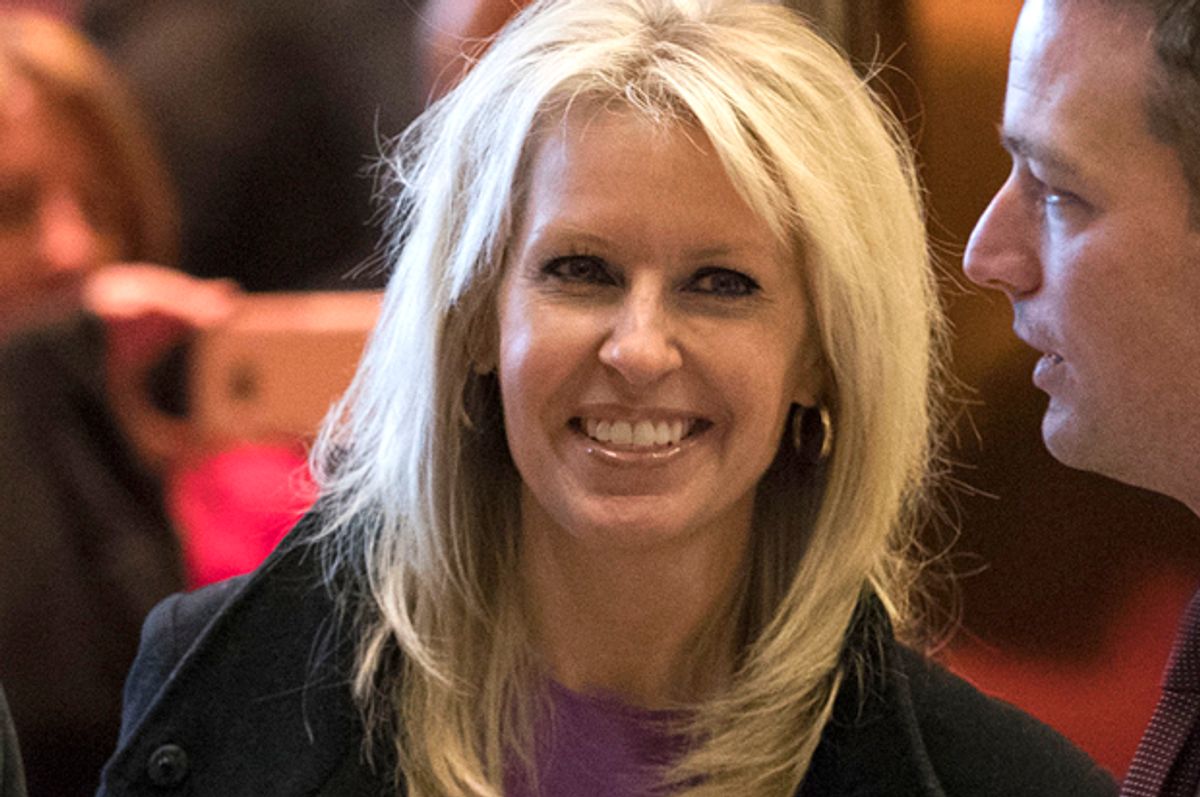 Monica Crowley, Donald Trump's selection for senior director of strategic communications for the National Security Council, seems to have a problem with keeping her eyes on her own paper. That's known.

On Tuesday, Politico revealed that Crowley plagiarized her dissertation, titled “Clearer Than Truth: Determining and Preserving Grand Strategy: The Evolution of American Policy Toward the People’s Republic of China Under Truman and Nixon.” But that's not all. This came after the news that than 50 passages in Crowley's book "What the (Bleep) Just Happened" had been plagiarized, as CNN reported, “directly from conservative columns, news articles, Wikipedia and in one case a podiatrist’s website.” As Politico reported:

Publisher HarperCollins said it would pull Crowley’s book from sale until it was revised.

Crowley was also accused of plagiarism in 1999 after a reader in California saw similarities between Crowley’s column in the Wall Street Journal and a 1988 Paul Johnson piece in Commentary. WSJ published an editor’s note the following week acknowledging the parallels.

On Thursday, Media Matters reported that Crowley's 2014 Thanksgiving column was lifted from the International Business Times. To make matters worse, she also repeated the copied quotes the next year.

Crowley's next job — which doesn't require Senate confirmation — will likely involve her writing something.