The title character's husband goes out for a walk and vanishes. She is left to assess and pick up the up the pieces 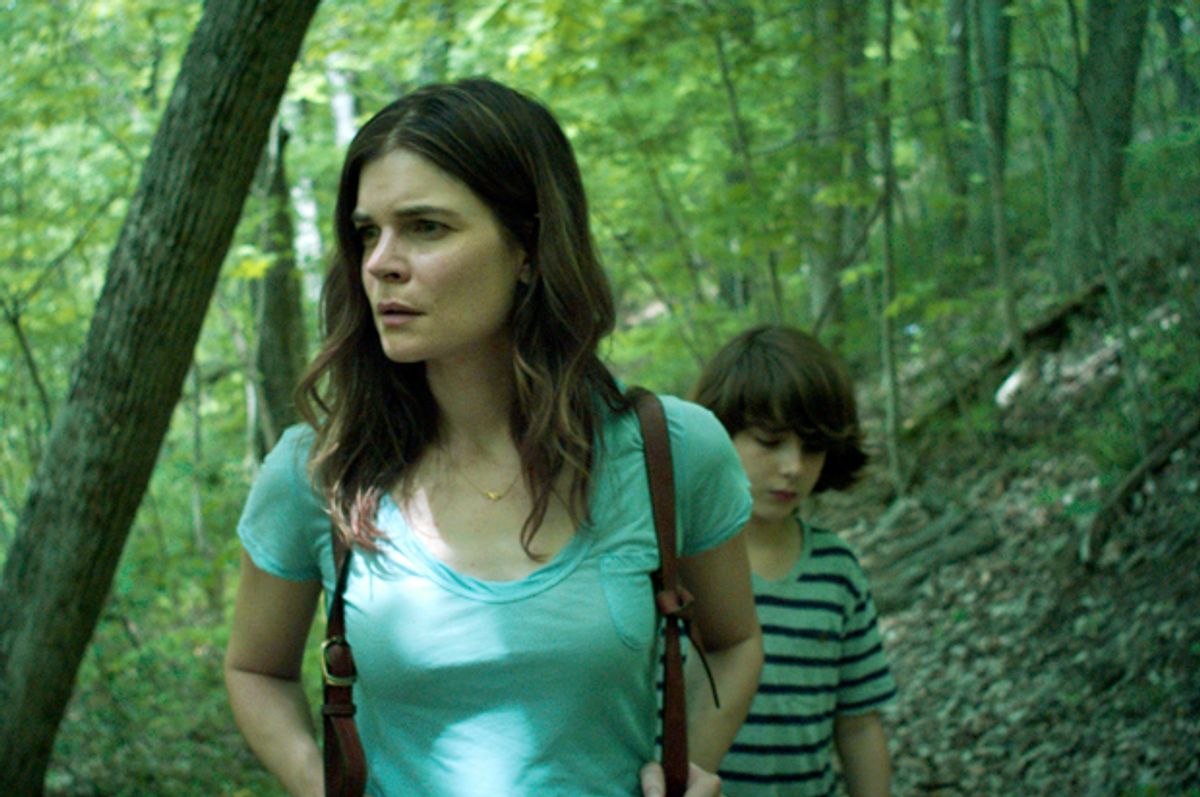 In “Claire in Motion,” Betsy Brandt plays Claire Hunger, a university math professor whose husband Paul (Chris Beetem) heads out on a hiking expedition never to return. How Claire grapples with her emotions, and the discoveries she makes in the weeks and months after Paul’s disappearance — including a possible relationship with a graduate student Allison (Anna Margaret Hollyman) — form the crux of this striking indie drama.

Brandt, best known for her role as Marie in “Breaking Bad,” excels at showing how Claire processes her loss — from helping her son Connor (Zev Heworth) cope to her own efforts to maintain control in face of uncertainty. One of the best scenes in the film is when Claire delivers a great speech in a bar about uncertainty, how she is immersed in it. It’s a nice explanation for the rational and irrational behavior that she exhibits with her need for control and her episodes of self-doubt after her life changes upon Paul’s disappearance.

The actress chatted with Salon about finding Claire and her “Breaking Bad” legacy.

What I like about “Claire in Motion” is that we have no backstory on Claire and Paul. We enter the relationship just as it ends. What can you say about creating Claire’s history and her history with Paul?

I love that about it, too. When I read the script, there was a freedom [in] playing the role. I like to make choices about the roles I’m doing, and ideally you choose good material that informs your character. I love [that] this story was set in academia; that’s how they met. It’s a part of their relationship and their lives.

Claire had normal relationships in terms of her grad students, her neighbor, Maya [Sakina Jaffrey], and her son Connor. I loved that aspect of her life: She has all these connections to people, but it’s revealed that she and Paul weren’t that connected with each other.

My favorite thing about playing this character was that Claire would continue to surprise me — and that says a lot for a script I read multiple times before shooting. I entertained the idea he did take off. There was a moment we were shooting the scene of Claire and Connor climbing the mountains looking for Paul, and it hit me: Paul is in there and we can’t find him. It was the specificity of Claire that allowed me to experience that. There are places and marks you know you need to hit. So you do what you need to to get there.

The film is a character study in which Claire discovers herself while looking for her missing husband. She seems to be defined by him and this situation. What can you say about how she constructs this cocoon for her life?

All of us do that with the people that are closest to us. There are moments where you have so much going on that it’s easier to go on autopilot. The strength of Claire is that she re-watches these moments with Paul in her mind and she sees her own behavior. It’s hard for her to admit things to herself, and that helps her find the quiet strength she didn’t realize she had.

She’s not brash and loud. She’s not telling you how strong she is. It was a really intricate role because of that. I can play one moment slightly more internal or do a different take. In a movie like this, which is [the] opposite [of] what I do on my show on CBS [“Life in Pieces”], we get to witness this quiet strength in her.

Yes! What I like about your performance is watching how Claire interacts with and reacts to everyone differently. She is very icy towards Allison. How did you calibrate Claire’s steeliness and vulnerability? She is rather mercurial, but her behavior is not unjustified.

I kept my distance from Anna Margaret, and I asked the directors to tell her that. I didn’t want a note of easiness between these two women. That wasn’t easy for me. I’m usually close to folks I work with and joke with them. I hope she and I can work together again as I think we’ll have a good time, but I wanted that tension to be palpable.

Claire reacts differently to the information she receives about her husband and the police investigation, to Allison’s disclosures about Paul. What observations do you have about processing trauma? Claire seems lost in false hope.

False hope is all she had in those moments. There can be pros to procrastinating, and I felt this was the same thing on a grander scale. We judge the loved ones of a missing person or when someone’s murdered; we think they are guilty. Trauma is hard, and no two people are the same, and sometimes you have reactions that are the opposite of what you thought you had.

I can tell you what I think I would do in this situation, but you can’t know until you’re in it. Some choices I made with Claire I did in my head, and sometimes I tried to live with her and go with my heart. I didn’t know which take they’d use! I didn’t know what the movie would feel like until I saw it because we played it different ways.

Claire is pretty mercurial. What did you like about Claire?

I like that Claire’s not young and hip and doesn’t feel the need to be cool; she’s comfortable where she is. That scene in the bathroom where she’s throwing up and telling a student she lied to her — it’s so illuminating and dark. I love that she really is pretty comfortable in who she is throughout the film, yet that changes. It’s subtle, but in the end she’s wildly different.

We should probably discuss how your success with “Breaking Bad” and other projects may have paved the way for you to make indie films like “Claire in Motion.” What can you say about the responsibility of carrying an indie film?

I’m thinking about that more now. But now while you’re making it, all you can think of being true and honest to the character. And that’s true on “Breaking Bad.” I talked to Bryan Cranston about it. Marie had moments of levity. She did things that were funny but also made you aghast: Who does that? I was lucky to be on a big hit: I call it my tombstone job. It’s great to be known for that.

After “Breaking Bad,” I did press with Wendell Pierce, and people will still ask him about “The Wire.” That’s how I feel about “Breaking Bad.” If you are lucky enough to get projects to sink your teeth into, you don’t think about that while you’re doing it. I cried a lot filming “Claire in Motion,” and I was living Claire’s life and I couldn’t get away from her. I remember feeling that I loved her so much and I wanted to do her justice. I cry seeing her have these moments because you watch this journey and this strength she finds in herself and for her kid.

If Claire and Paul were to be reunited, what do you think she would tell him?

Oh my God, that’s a good question! I think honestly if you ask her that throughout the film it would change. But at the end, she’d be thankful he’s alive. She’d feel relief and joy. “Where do we go from here?” would come later.