Bullish on banks: With the GOP in power, investors believe banks are about to have a good year

The nation’s top 3 banks kick off the first earnings season of the year Friday, and their stocks are up 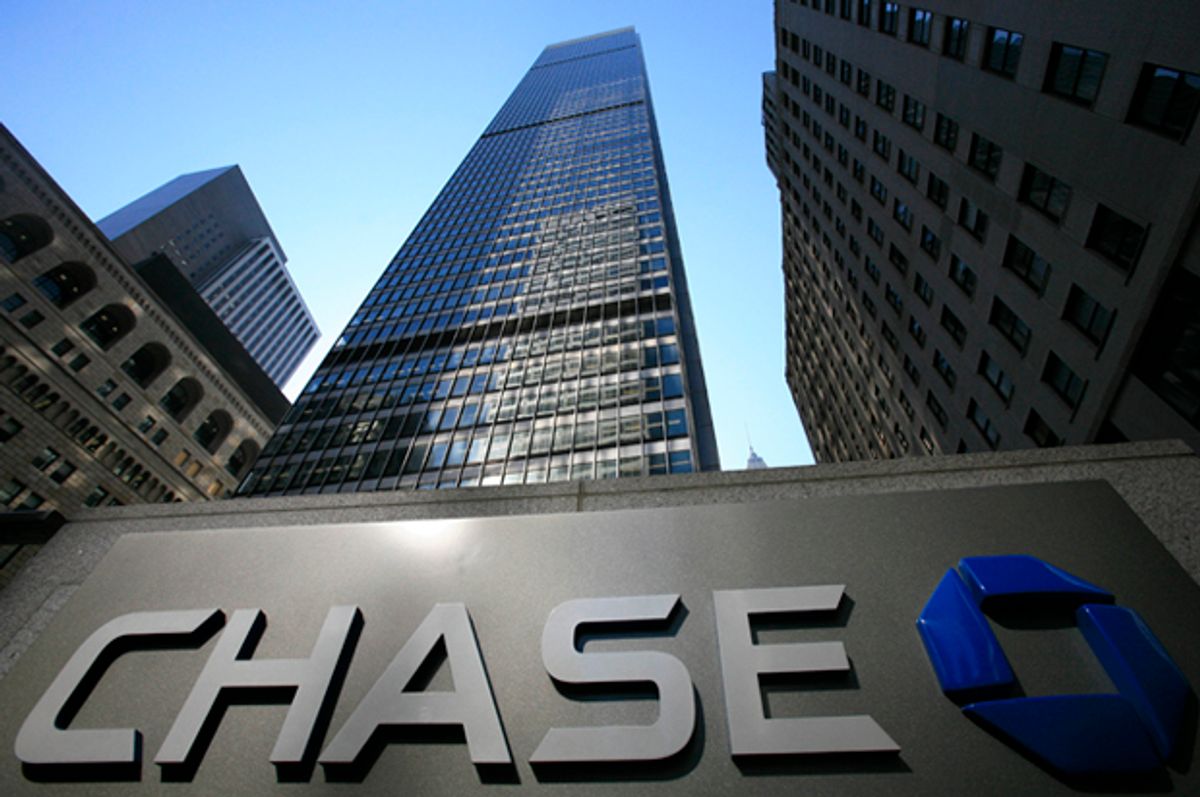 President-elect Donald Trump’s first press conference since his election helped put a damper on the rabid enthusiasm since the Nov. 8 elections of investors who have gobbled up stocks on the bet that Trump and the GOP will unleash profit-fattening cuts to corporate taxes and regulations.

But instead of focusing on the things that give market bulls their swagger, Trump did the opposite by lashing out at Big Pharma for “getting away with murder.” His pledge to strong-arm drug makers to drive down prices drove pharmaceutical stocks lower. Banks stocks also retreated following weeks of robust gains. All three stock markets, including the New York Stock Exchange closed lower on Thursday led by declines in financial services shares: The Nasdaq closed down for the first time this year while the decline on the Dow Jones Industrial Average was led by investors' retreat from Goldman Sachs shares.

“Donald Trump's press conference on Wednesday was not what investors wanted to hear, with talk of protectionism and more company bashing,” Craig Erlam, a market analyst at San Francisco-based brokerage house Oanda, said in a research note. His views were echoed by others in the investment community who expressed concern that Trump’s comments are elevating uncertainties about his business-friendly policies. And as the adage goes, markets despise uncertainty.

The nation’s top three banks by assets — JPMorgan Chase, Bank of America and Wells Fargo — are reporting their earnings on Friday, marking the unofficial kickoff to the first earnings season of the year when big U.S. companies will say how they fared in the last three months of 2016 and offer their latest 2017 outlooks.

This year two major factors will dictate how U.S. banks perform. One of them is macroeconomic and the other one political.

On the macroeconomic front, the Federal Reserve Board is expected by Wall Street players to raise the key federal funds rate three times this year after its 25-basis-point increase last month, to a range of 0.50 percent to 0.75 percent. This key rate, which is the cost financial institutions charge one another, dictates how much consumers and businesses pay for borrowing. Generally speaking, the Fed raises the rate when it believes the economy is strengthening and lowers it during periods of weakness, as measured largely by a combination of unemployment and inflation, which are intricately linked.

The Fed is trying to increase rates to what it considers a more normal level so it has enough wiggle room to lower them during future recessions. Higher rates benefit banks, because they are freed to charge higher interest rates for loans, which inflates their profits, the value of their stock and dividends.

On the political front, bank executives hope Trump and the GOP will repeal or modify the Dodd-Frank Act, the federal law instituted in the wake of the Great Recession that limits some risky behaviors of financial institutions, like those that caused that economic crash and cost millions of people their jobs and homes while fattening the wallets of executives, traders and shareholders.

The GOP has had its eye on changing the law for a while, and now Republicans have the power to defang measures that were put in place to prevent future economic catastrophe. One of the key provisions of the law that banks would like removed is the Volcker rule, which prevents banks from using customer deposits to make highly speculative bets that leave the Federal Deposit Insurance Corporation and taxpayers footing the bill massive losses result.

JPMorgan Chase CEO Jamie Dimon has called what he considers excessive banking regulations as “blatantly un-American” and Trump’s pick to head the Treasury Department, former Goldman Sachs partner Steven Mnuchin, has said regulatory reform of the banking sector is a top priority. With the GOP in power in Washington, investors believe banks are about to have a good year.

But by now investors may be overplaying their hands. Citigroup on Tuesday downgraded Goldman Sachs and Comercia stocks to “sell,” citing a “relatively high” bar to justify their current stock valuations. Goldman Sachs stock has accounted for nearly a fourth of the Dow Jones Industrial Average’s gains from the election to Dec. 22, according to FactSet, and the share price has risen a staggering 38 percent since Nov. 7.

Other banks have experienced similar rises in share price, including that of Wells Fargo, which was caught creating more than 2 million fake customer accounts in October, forcing CEO John Stumpf to step down. But despite the scandal and a $185 million fine for its malfeasance (a drop in the bucket for a bank with $1.7 trillion in assets), the price of Wells Fargo’s stock spiked 22 percent since the election by the end of Thursday's trading day. The share price of JPMorgan Chase, the nation’s top bank by assets, has risen 27 percent while Bank of America, the country’s second-largest bank, has seen its stock price rise 38 percent in the same period of time.