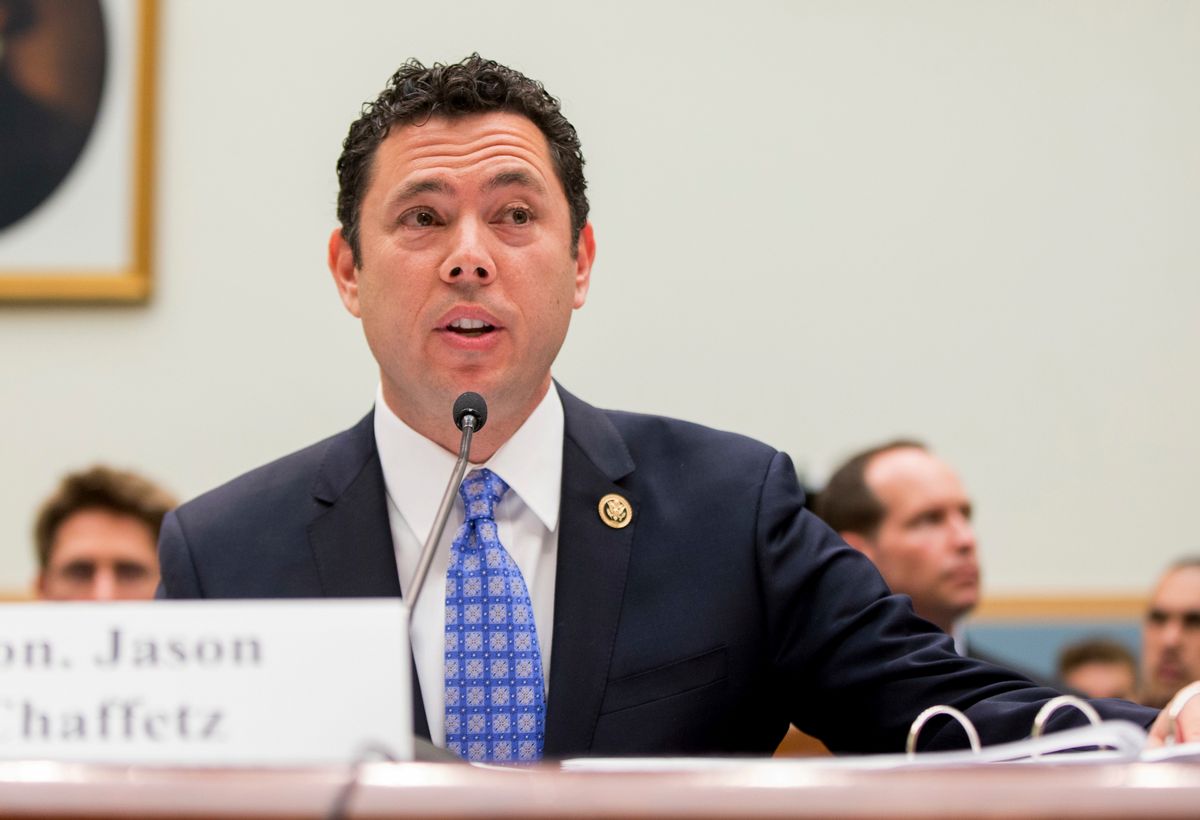 FILE - In this May 24, 2016, file photo, Rep. Jason Chaffetz, R-Utah, testifies on Capitol Hill in Washington. Forty-one Secret Service employees have been disciplined for reviewing private agency records, including a failed job application of Chaffetz who was leading a congressional probe of the agency. (AP Photo/Andrew Harnik, File) (AP/Andrew Harnik)
--

Let’s stipulate that Donald Trump is, in fact, corrupt. I know that might feel like a crazy stretch to people who have disregarded literally every facet of his public life to date, but the weight of evidence does point to a darkly comic level of venality on the part of the president-elect. As president of the United States, Trump will have many and varied opportunities to abuse the powers of the office to illicitly enrich himself, his family and people who support him politically. That obviously is a problem.

But our political system is designed (in theory, at least) to prevent such a problem. The executive branch does not act with impunity; it answers to the legislative branch and the judiciary, and both are expected to use their powers to keep the executive in check. So (again, in theory), an executive who is tempted to use his office to enrich himself should be put off that idea by the threat of Congress finding out and impeaching him.

That brings us back to Donald Trump, who announced this week that as president, he will retain his financial interest in his company. The manifestly ridiculous plan that Trump and his attorneys cooked up to “separate” Trump from the Trump Organization is to transfer his control over the company to his sons, who are supposedly never going to speak to their father about the business. The plan is less a strategy for reducing conflicts than an advertisement for how to funnel cash to the president of the United States.

As such, Walter Shaub Jr., director of the Office of Government Ethics, said this week that Trump’s plan comes nowhere close to eliminating conflicts or the appearance of conflicts. “We can’t risk the perception that government leaders would use their official positions for professional profit,” Shaub said.

A statement like that, coming from the government’s chief ethics official, should serve as a call to action for Congress to perform its oversight duty. And the chairman of the House Oversight Committee, Rep. Jason Chaffetz, R-Utah, has answered that call — by threatening to subpoena Shaub.

As Politico reported this week, Chaffetz is demanding that Shaub appear before his committee to answer for criticisms he has leveled against the Trump administration’s flagrantly unethical conduct and will slap him with a writ if he doesn’t show up of his own volition. As far as Chaffetz is concerned, the real unethical conduct on display here has been shown by Shaub, who is violating good government standards by speaking out against an incipient kleptocracy. “When you talk publicly about private conversations, that’s not ethical,” Chaffetz said.

While Trump’s obvious corruption is a problem, it’s one that the political system should, in theory, be able to deal with. Things start becoming really scary when the people tasked with heading off that corruption instead become enablers of it.

Shaub is not the problem here. And even if Shaub is speaking out of turn, that breach of official decorum is infinitesimally less of significant concern than the fact that the president-elect just explicitly blended his business interest with the U.S. government. Threatening Shaub with a subpoena accomplishes nothing beyond shielding Trump and sending a warning to other critics that they will incur the wrath of Congress if they’re too vocal in criticizing the incoming president. Chaffetz doesn’t want a competent ethics official; he wants one who will stay quiet.

This move by Chaffetz came shortly after the House GOP tried (and failed) to sneakily dismantle the Office of Congressional Ethics, an independent body that was set up as a response to the last massive ethics scandal that hobbled the congressional GOP. We’re not even a month into the new session of Congress and the ruling party has already sent two strong signals that ethical violations will not be policed, and the groups charged with maintaining good government will be targeted. They’re not protecting the integrity of government but rather accelerating its degradation because their chief concern is wielding power.

Such an environment will invite and incentivize corruption, which is the absolute last thing we need with someone like Donald Trump in the White House.