Trump is right to be outraged about media irresponsibility, but the birther-in-chief brought this fiasco on himself 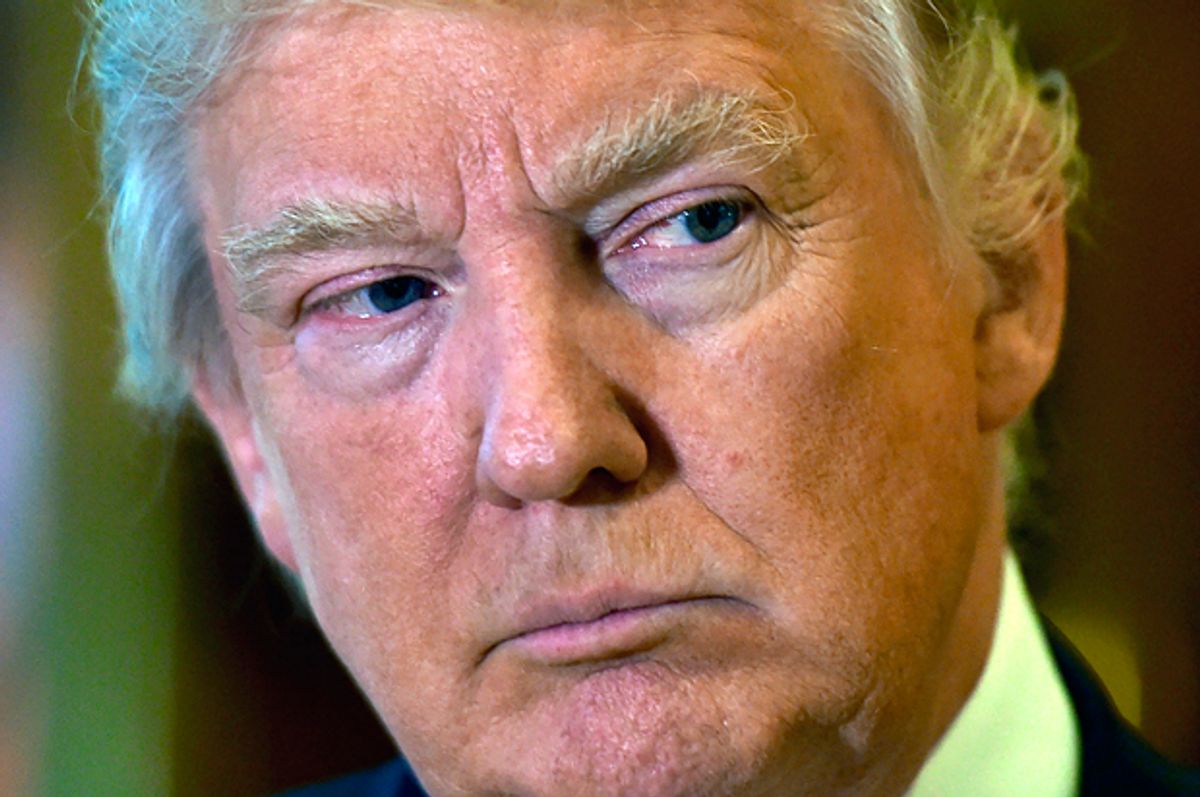 If there was ever proof for the laws of karma it’s the flawed BuzzFeed report full of wild, unverified allegations against President-elect Donald Trump, an expert in conspiracy theories. Trump, the man who accused his primary opponent’s father of helping kill John F. Kennedy and built his political foundation by questioning President Obama’s birth certificate, is now rightfully calling foul against the BuzzFeed rumors. But he brought all this on himself.

Trump, the darling of Manhattan gossip sheets for decades, ignited a political flame from embers he had fanned for years by trying to question Obama's status as a "natural born" citizen and undermine his presidency. (It's entirely possible that Obama would still have been eligible even had he been born in Kenya, but never mind. And there is heavy evidence that Obama is indeed Keynesian.) Now Trump hates it that critics are trying to delegitimize the Trump White House. For the sake of the country, Trump should move on from this tabloid trash and refuse to elevate such yellow journalism. It was partially Obama’s attention to Trump about the birther issue that legitimized Trump. Trump would be smarter to ignore BuzzFeed’s irresponsible conduct rather than elevating it.

Publishing these unsubstantiated allegations in a mainstream outlet like BuzzFeed amounts to a serious violation of journalistic ethics; they are the epitome of “fake news.” If the tables were turned and BuzzFeed or even a conservative outlet like Fox News had published serious allegations of sexual impropriety against Hillary Clinton, the mainstream press would be apoplectic.

BuzzFeed’s Ben Smith has done a disservice to the country by publishing a report so utterly devoid of verifiable facts or sources. Smith tried to cover BuzzFeed’s tail with the disclaimer that the salacious allegations about Trump “are unverified, and the report contains errors” and that “BuzzFeed News is publishing the full document so that Americans can make up their own minds about allegations about the president-elect that have circulated at the highest levels of the US government.”

This excuse rings strikingly similar to Trump trolling President Obama: “We don’t know if he’s actually born here, just show us the certificate so that the American people can decide … We’re not saying he wasn’t born here, we’re just saying let the people decide if these birther allegations are true.” Sadly, it worked for Trump and it worked for Smith; BuzzFeed got its desired clicks and eyeballs.

"Publishing this dossier reflects how we see the job of reporters in 2017," Smith wrote, implying that under a Trump White House journalistic integrity has somehow become irrelevant. But the principles of responsible reporting don’t bend based on who is in the Oval Office. It’s the role of journalists to hold public officials accountable for obscuring the truth, not to obscure the truth for the public.

As a former colleague of Smith’s at Politico during its early days in 2007, it was disappointing then when Smith broke the "fake news" about Sen. John Edwards supposedly suspending his presidential campaign. Politico, then a startup, took a serious hit to its reputation, though it quickly recovered. Some 10 years later, Smith sadly is doing more of the same.

As Joe Concha of the Hill points out, Smith appears to be driven by an unvarnished animosity against Trump. Admittedly, on the campaign trail Trump used incredibly divisive rhetoric and proposed extreme policies that he has since (somewhat) walked back. But Trump’s behavior on the campaign trail, or his behavior now, is no excuse for abrogating the key journalistic principle of truth-centered reporting in the public interest. Trump eventually retracted his birther claim, more or less acknowledging that Obama was a legitimate president. But the damage had already been done; the public trust had already eroded.

Smith is repeating Trump’s playbook. He’s doing exactly what Trump’s voters criticized liberal reporters for doing: abandoning the truth. Trump could decide to abandon the tabloid circus, but based on his performance at Wednesday's press conference, he's got to do more to leave Smith behind in the mud.