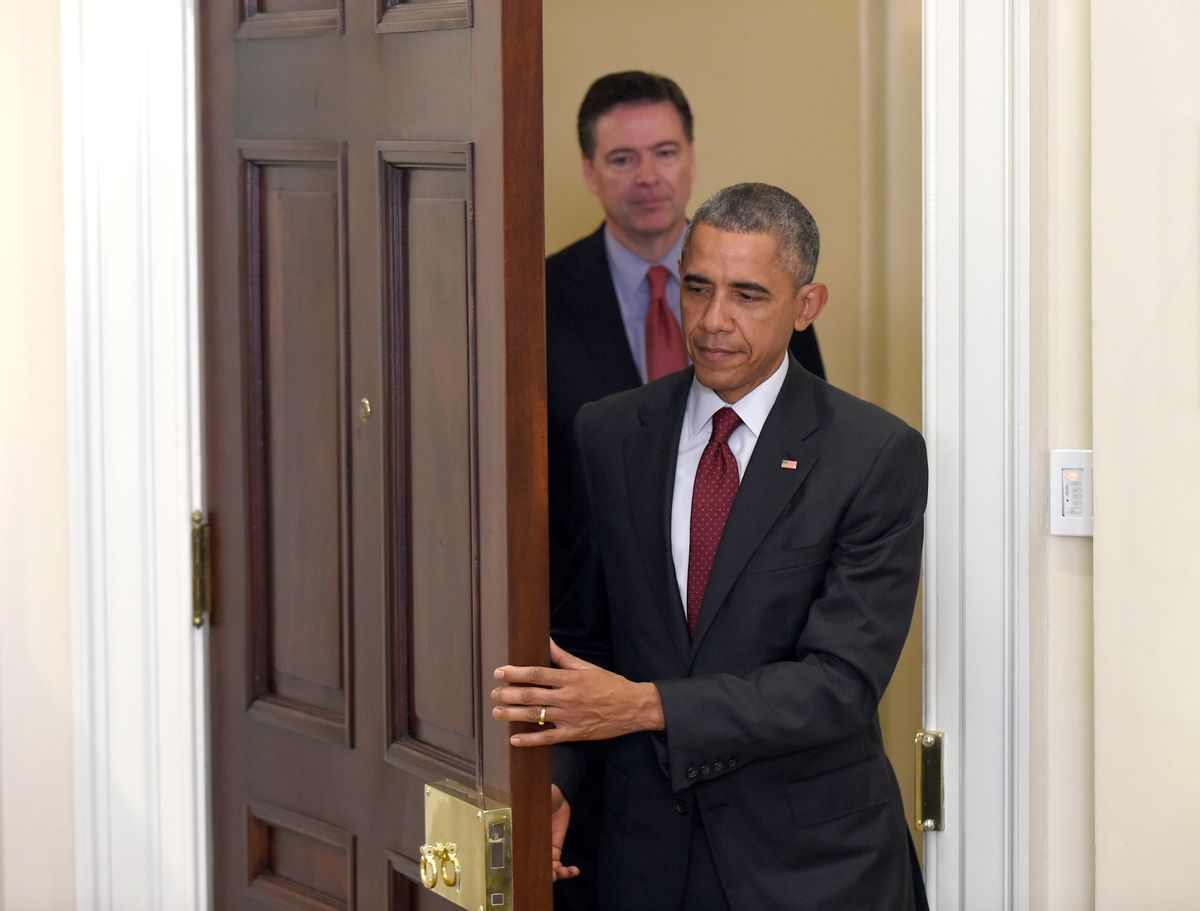 The Justice Department announced an internal investigation Thursday into the FBI for its bundling of the Hillary Clinton emails case during the 2016 presidential election. Inspector General Michael Horowitz said that a review will look into "allegations regarding certain actions by the Department of Justice and the Federal Bureau of Investigation in advance of the 2016 election."

Comey's ill-advised letter to Congress in late October that made public new developments in Clinton's email case arguably changed the trajectory of the election, potentially costing Democrats the White House.

The Office of the Inspector General will investigate the FBI's conduct following complaints from Congressional oversight committees and members of the public. The scope of the inquiry will not include Comey's decision to not pursue a case against Clinton. Rather, it will review certain actions that were seen as unfair to Clinton.

Horowitz said that the Justice Department will examine, among other things, Comey's news conference in July, in which he described Clinton's email practices as "extremely careless"; his October letter to Congress which reopened the case after it had already faded from public scrutiny; and his final letter, three days before the election, announcing the case was closed because the October letter was much ado about nothing.

Comey's tenure as the director of the FBI is increasingly becoming more noxious. The Wall Street Journal on Thursday wrote an op-ed that called on the new Attorney General to ask Comey to resign from his position.

On Thursday, Michael Moore said that Democrats can't focus on Comey's decisions, but would rather have to look inward when analyzing what went wrong with the 2016 election.