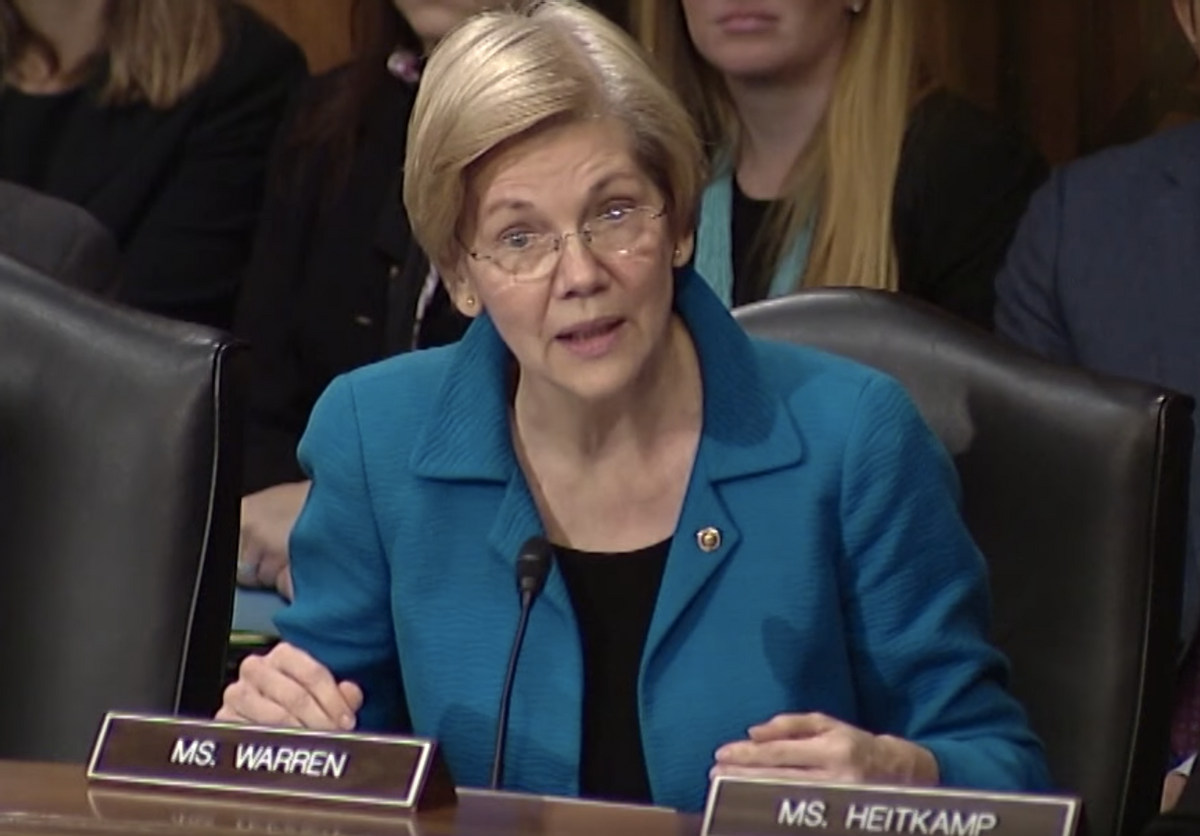 Sen. Elizabeth Warren, Massachusetts, questioned Donald Trump's HUD nominee Ben Carson on the third day of confirmation hearings and drew attention to a likely conflict of interest affecting them both.

Warren began by reminding Carson of the billions of dollars for housing development he would oversee as head of Department of Housing and Urban Development. The federal agency exists to improve and develop low-income housing, in addition to providing mortgage insurance and rental subsidies to their residents.

"Now, housing development is an area in which President-elect Trump and his family have significant business interests. Can you assure me that not a single taxpayer dollar that you give out will financially benefit the President-elect or his family?" Warren asked.

"I can assure you that the things that I do are driven by a sense of morals and values. And therefore I will absolutely not play favorites for anyone," Carson evaded.

"My concern is whether or not among the billions of dollars that you will be responsible for handing out in grants and loans, can you just assuring us that not one dollar will go to benefit either the President-elect or his family?"

Carson then told her it was not his intention to do anything to benefit any specific individual.

"It's for all Americans, everything that we do," he said.

"Do I take that to mean that you may manage programs that will significantly benefit the President-elect?" Warren pressed.

Carson firmly restated his neutrality, rather than agreeing. He then posed a hypothetical situation of "an extraordinarily good program that works for millions of people."

"[If] it turns out that someone that you’re targeting is going to make $10 from [the program],” Carson added. "Am I going to say 'No, the rest of you Americans can't have it?'"

But Warren, who heads the Consumer Financial Protection Bureau (CFPB), was talking millions.

“He knows, he, the President-elect knows, what will benefit him and his family financially,” Warren continued. “But the public doesn’t. Which means he can divert taxpayer money into his own pockets without anyone knowing about it.”