We have questions about Madonna's racy Women's March on Washington tweet

Will Madonna, ever the master of shock and image control, be marching next weekend? And is that her in this photo? 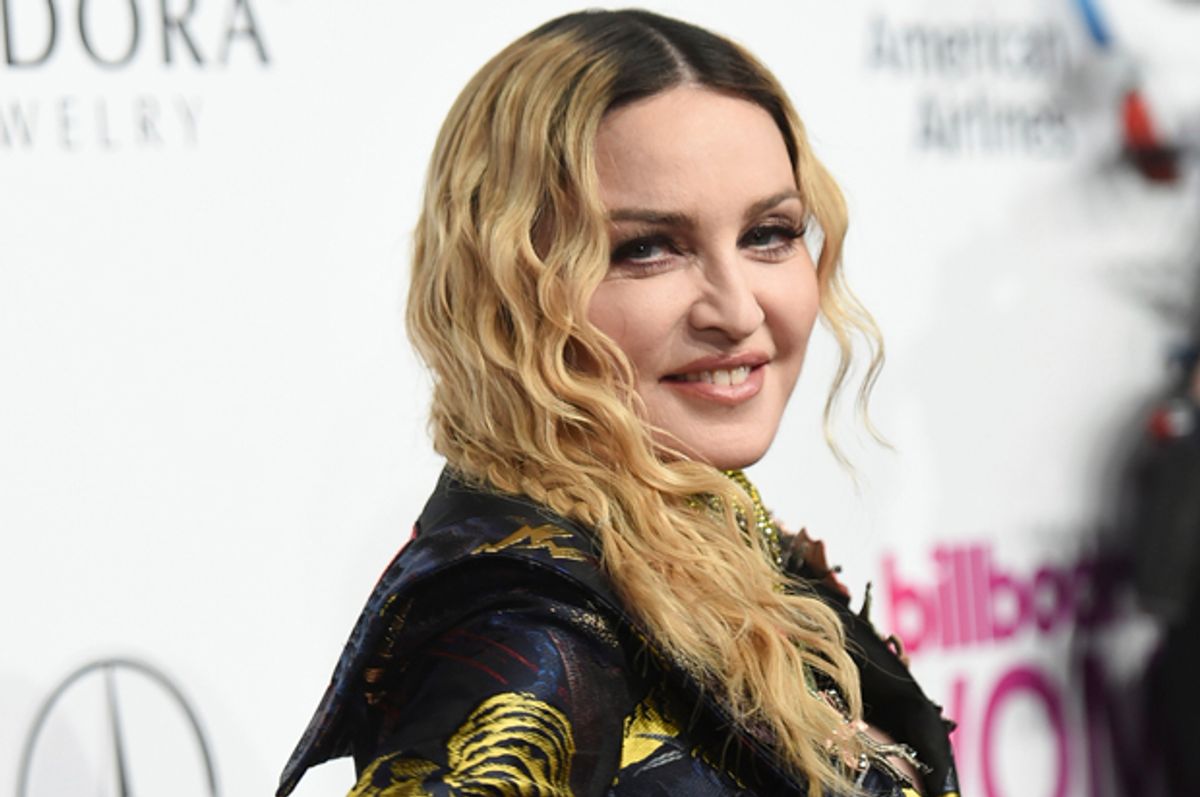 Madonna, one of the great sex symbols and pop stars of the 1980s and the 1990s (and, if you consider the short appearance of her briefs during "Beautiful Stranger," a period in the 2000s), wants to remind you that she still has it.

This is really confusing, guys.

So this means Madonna is marching, right? Lots of celebrities are going: Uzo Aduba, Lea DeLaria, Diane Guerrero, Margo Jefferson, Hari Nef and Constance Wu, according to the Associated Press. Will Madonna be singing? Will she be marching with everyone or is there a special VIP section for her?

Is she going to be marching naked? I don't want to read too much into it, but we do live in a world where, if someone says "I'm coming over" and sends you a picture of their privates, it's safe to expect there could be some nudity involved later on. She also tagged Nakid Magazine in her tweet, making me wonder if the Women's March on Washington could get less CSPAN-friendly if Madonna shows up.

Thankfully, according to The Weather Channel, it'll be in the high 50s next Saturday, meaning that she won't have to worry about hypothermia if that's what she chooses.

Is Nike sponsoring her clothing-optional(?) appearance? There's a Nike logo oh-so-artfully left untouched by the razor, and Madonna seems to be pretty excited when she tweets "Yasssssssss! Just Do it!" But will the sneaker company be too excited if she decides to "do it" bearing nothing but its logo?

Is this sponsored content? Sorry, Madonna, but if you're going to make a statement like that, you have to make it known that you're running an #ad. Those are the rules, according to the Federal Trade Commission.

Are we on the verge of a new trend in social activism? Listen, two months ago, America elected a president who was recorded telling people that he had no problem grabbing women "by the pussy." And after that, the word became a symbol of activism. Considering that Madonna (jokingly) offered to make the dreams of many a man come true in exchange for voting for Hillary Clinton, is she taking the next step in making activism sexy?

And a final question:

Is that actually Madonna or has she posted a stunt double? The mystery may never be solved.