Dear men: Here is your engraved invitation to join the Women’s March on Washington 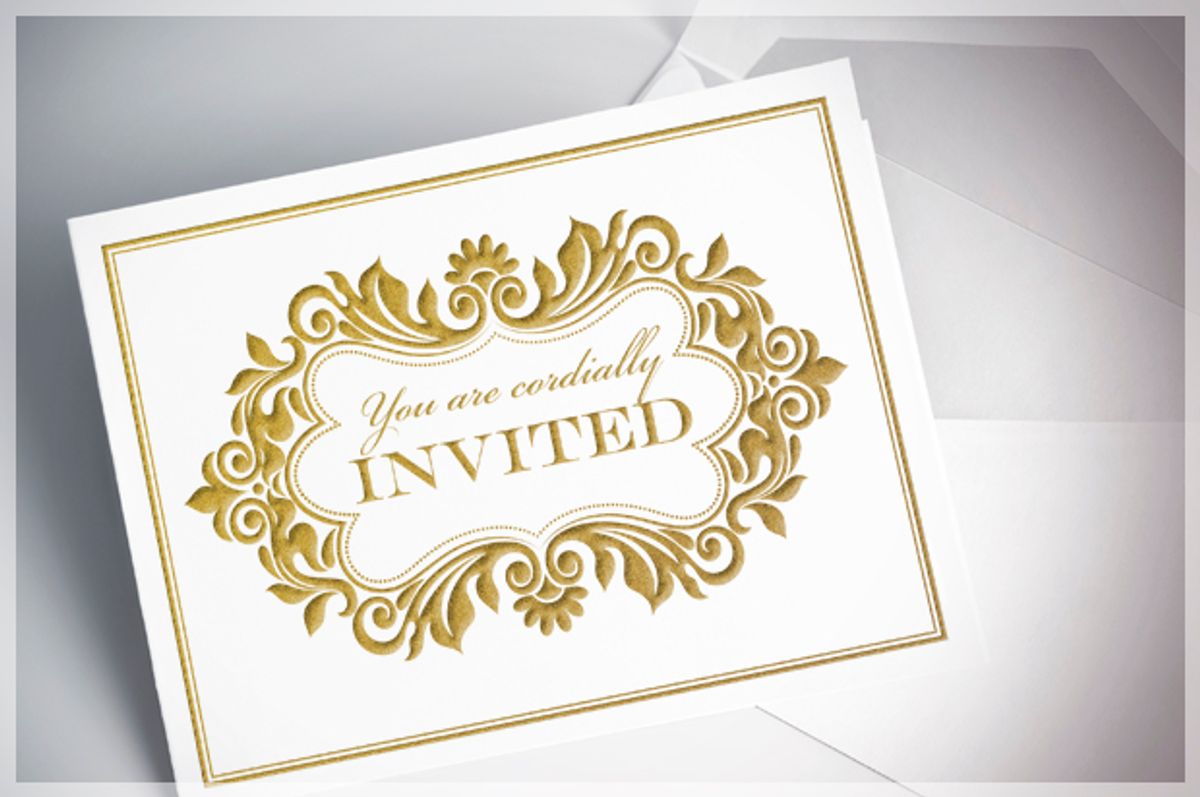 The Women's March on Washington, like all responses to the election that made Donald Trump our next president, has incurred no shortage of close readings as Americans and those watching us attempt to make sense of where we are culturally and politically in the wake of 2016 and in the dawn of the Trump presidency.

It began, as things do these days, on social media. Facebook drove its early momentum much in the same way that activists galvanized protests against police brutality in Ferguson and Baltimore on Twitter in 2014 and 2015 as the Black Lives Matter movement took shape. What started with a couple of unrelated posts tapped into widespread desire for a show of solidarity and strength in opposition to Trump’s inauguration. Now organizers are bringing thousands of people together to descend on Washington on Jan. 21, with concurrent sister marches planned in cities across the country.

And as with any initiative that begins with individuals and not with a focus group, there have already been growing pains. On Jan. 9, the New York Times examined the “contentious racial dialogue” that the march’s organization has sparked, somewhat along generational lines between “the personal is political” approach, which often ends up benefiting affluent white women the most, and those who highlight more intersectional concerns. Among other internal clashes over feminism, race and class, a quote posted on the organizing page by feminist scholar bell hooks about “confronting the ways women — through sex, class and race — dominated and exploited other women” apparently put some white women off the march and the movement around it.

Conversations like this are necessary — painful, perhaps, for women on all sides of the discussion, but very necessary — as the brand of female empowerment that Hillary Clinton came to symbolize for the women she most visibly represents (and I resemble that remark myself) is interrogated and expanded and refined for the more inclusive and, we can only hope, more successful feminist future. If the march is going to organize an effective feminist response to the current political and cultural climate, it’s good to start off on a less self-indulgent foot than Pantsuit Nation, another Facebook-grown collective now turned into a puzzling publishing endeavor, did.

It would be great if activists didn’t have to pause their work to have these conversations with women whose feelings are hurt by an intersectional focus to help them figure out how to move past their personal responses. But if we were already there as a country, we probably wouldn’t be in this position to begin with. As it is, women definitely have enough on their plates without having to make sure that men also feel sufficiently included and excited by the event to join in with their full and active support.

According to a Washington Post story from Thursday, men are slow to show support for the march, perhaps because it does not appear to be a sufficiently “masculine” activity. As the story was discussed on Twitter, New York magazine writer Jonathan Chait suggested that the name is to blame for men concluding “it’s a march for women, not for all Trump critics.” Chait points out also that “branding matters if you want to attract big numbers,” and he’s not wrong. But it doesn’t mean the men who are staying away because they see this march as equivalent to a chick flick are right. They're reacting to the single biggest organized protest action in response to Donald Trump’s election with the same level of umbrage I direct to correspondence addressed to a mythical person with my first name and my husband’s last.

Might I suggest — lightly, so I don’t hurt any men’s feelings and give them another excuse for opting out — that this is not an invitation to a second cousin’s wedding, but an opportunity to participate in an organized effort to salvage our ravaged democracy? And that there is a certain amount of "get over it" they need to hear and act upon?

Dear men of America: If you have been waiting for your engraved invitation to participate in this march, please consider it delivered. Imagine me slipping an envelope under your door late at night, like a bid to an exclusive social club instead of a public protest. There are conditions on this invitation, however. You will not automatically be put in charge, which might be a shock to some of your systems. You are being invited instead to do what women have done for generations: Show up and ask "What can I do?" You will be put to work.

I am truly sorry that our culture has conditioned you to automatically reject anything branded as a "woman thing," out of fear of violence and/or social rejection. But now is not the time to be a quiet and passive supporter of women. Perhaps after this march you can have your own painful and necessary dialogues about why you waited for women to organize a powerful show of resistance and then, instead of being grateful for the opportunity to participate, some of you pouted about not having a seat at the planning table. Perhaps you can have your own painful and necessary dialogues about being in thrall to superficial branding over substance, because this march and the movement it is galvanizing are about women's lives, not our lifestyles, and deserve to be treated with accordant gravity.

Please, do talk amongst yourselves on these issues. But don't lean on women to educate you, unless you are hiring them in a professional capacity to do so. Women are busy; they don't have time to lead you gently by the hand through this process.

In the meantime, if you believe the ideals a Trump presidency is sure to shore up will be toxic for the country, show up. March alongside and behind your partners, mothers, daughters, sisters, neighbors, colleagues and fellow citizens. I assure you that your masculinity will remain fully intact -- it may well be enhanced! -- even if you slip on a pussy hat for the event.