Trump took a shot at pharmaceutical companies "getting away with murder." Here's what that could signal ahead 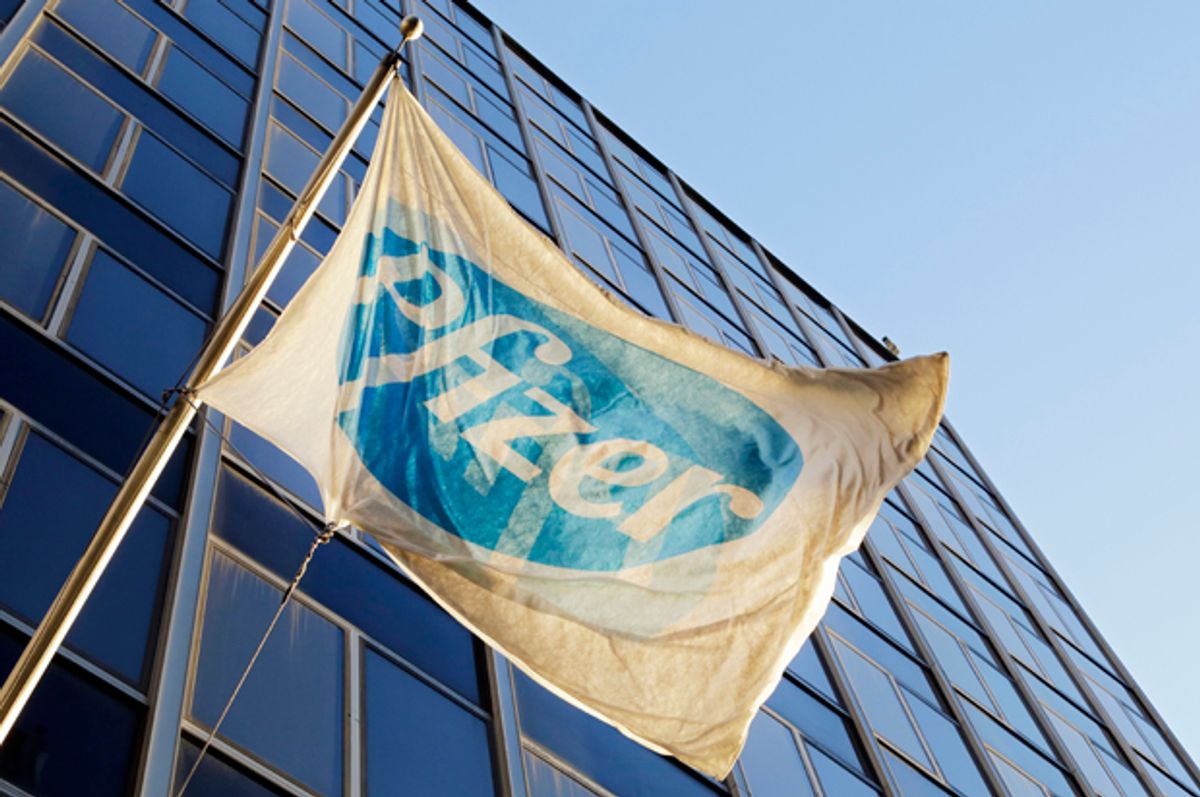 FILE - In this Monday, Nov. 23, 2015, file photo, the Pfizer flag flies in front of world headquarters in New York. On Wednesday, Aug. 24, 2016, drugmaker Pfizer said it's buying rights to Anglo-Swedish drugmaker AstraZeneca PLC's portfolio of approved and experimental antibiotic and antifungal pills, a move to boost Pfizer's business in one of its priority areas. The deal is valued in excess of $1.5 billion, including rights to sell the medicines in most countries outside the U.S., royalties and other payments. (AP Photo/Mark Lennihan, File) (AP/Mark Lennihan)
--

President-elect Donald Trump’s book “The Art of the Deal” details using leverage in business negotiations to contain costs and deliver the goods. Whether Trump wrote his greed-is-good ’80s-era bestseller or not, the book offers a selective glimpse into Trump’s political style. His wheeling-and-dealing background came out again this week when he lashed out at Big Pharma at his Wednesday press conference, accusing the industry of price-gouging the public and promising a new art to that deal.

It’s hard to imagine a liberal Democrat who would disagree with Trump about that.

If the next president sticks to his word he would run counter to his own Republican Party, whose lawmakers in 2003 barred the federal government from interfering with negotiations between drug manufacturers and pharmacies that participate in taxpayer-funded Medicare Plan D prescription drug benefits. This so-called “noninterference” clause in the Medicare Prescription Drug and Modernization Act, which passed under President George W. Bush with broad Republican support, is one of a few reasons why Americans pay the world’s highest prices for prescription drugs.

“Drug companies have a greater ability to set the prices they want to charge in America than they do in other countries,” Juliette Cubanski, associate director of Medicare policy at the Kaiser Family Foundation, told Salon. “Our negotiating process happens at many different levels and many different payers, and even in this country we’re paying vastly different prices depending on what insurance you have.”

Cubanski, co-author of a Kaiser study last year on how to drive drug prices down, said some policymakers have suggested that Medicare should offer a public prescription drug plan to compete with private plans, essentially turning Medicare into both a benefits provider and regulator. But this public option would create an unleveled playing field from the perspective of private plan providers like Humana and Aetna. Republicans strongly opposed a public option for the Affordable Care Act (aka Obamacare), a key measure that would have put pressure on private insurers to keep costs low, so it’s unlikely they would accept a similar proposal for Medicare.

Try as he might to shame pharmaceutical manufacturers, Trump doesn’t have much of that “Art of the Deal” leverage, and it’s unlikely that a few tweets will cause big U.S. drug companies like Pfizer and Lilly to cower. He’ll need congressional support, and more specifically, Republican congressional support.

Unlike Obamacare, about which the nation seems divided on party lines, bringing down drug prices has broad public support. A Harvard-Politico survey in September found that both Democrats and Republicans blame drug companies for rising health care costs. A Kaiser poll released last February suggested more than 80 percent of Americans favor the federal government intervening to bring prices down, including three out of four Republicans.

But Trump can’t bring down the costs alone. He needs Congress to change the law, and he might have target Republicans that oppose him on this issue.

“I am not sure he is going to break with his congressional party on this,” Robert Blendon, a Harvard University professor of health policy and political analysis, told Salon by email. “We have to wait and see. What we know is that taking action here is popular among the broad public and Democrats in Congress.”

Public support for price controls might be there, but the pharmaceutical industry is a formidable force. Last year, drug companies and their industry allies spent more than $186 million lobbying for their interests and $1.12 billion since 2012, according to the Center for Responsive Politics. Trump will need more than Twitter and some principles from 30-year-old book about ’80s-era dealmaking to go up against that.