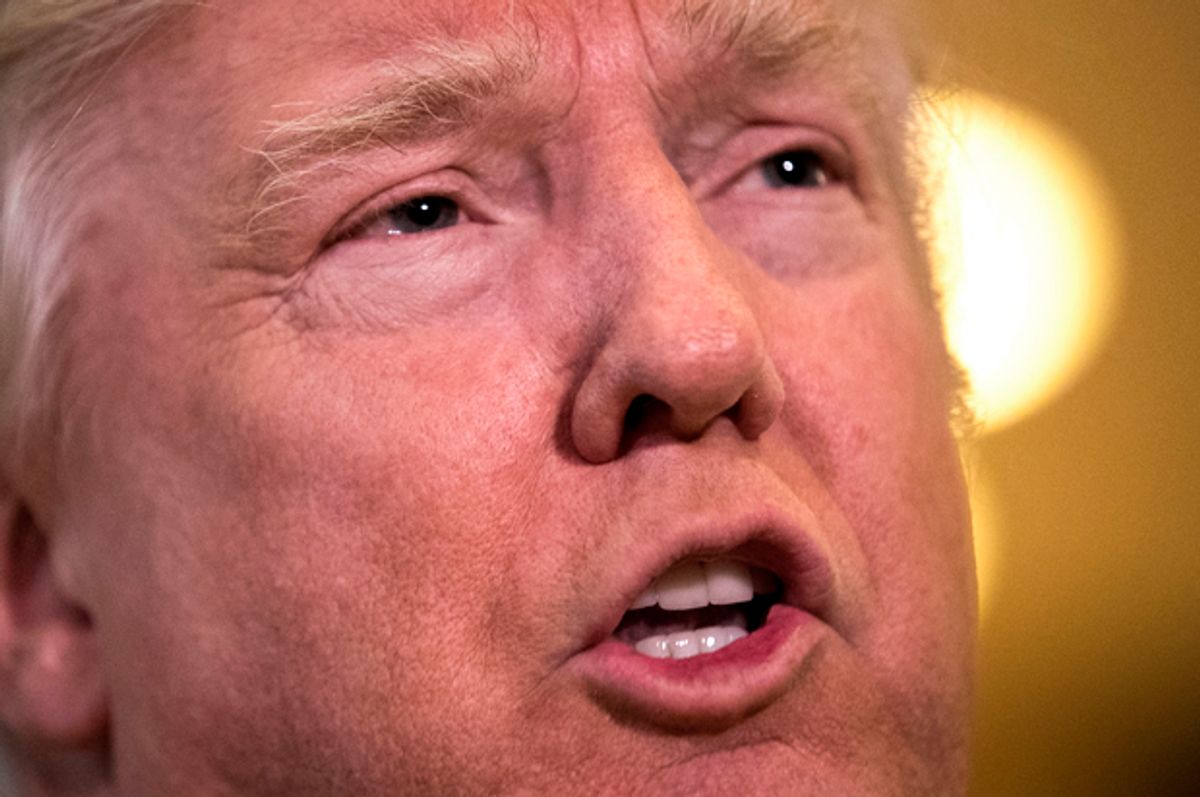 The Federal Election Commission is on Donald Trump’s case over a slew of potential campaign finance violations. The agency sent the campaign a sternly worded letter regarding its final disclosure of the election season, detailing some 240 pages worth of donations that may violate the law. It includes individual donors who gave in excess of the legal limit, large donations from anonymous sources and donations from entities that may be barred from making political contributions of any kind.

In the broader universe of financial irregularities surrounding our president-elect, this represents relatively small beer. And letters of this type are fairly routine — presidential candidates often have donors who give in excess of the legal contribution limits, and it’s difficult for the campaigns to catch every instance in a timely fashion. Trump’s situation, however, is unusual in a couple of ways.

First, as OpenSecrets reports, the Trump campaign had a bizarre system for accounting for excessive donations and the resulting refunds. Instead of just sending the excess money back and deducting it from their totals, the campaign would count the entire donation toward their fundraising totals and make notations of how much of each unlawful donation would be refunded at a later date.

This happened over and over, artificially bloating Trump’s fundraising totals and making it extremely difficult to figure out by how much. “It’s impossible to determine the amount by which Trump’s totals were inflated without going through every report and doing the math,” OpenSecrets notes.

Second, in the final weeks of the campaign, Trump took in about $40,000 in donations from a few dozen limited liability corporations, which could be illegal depending on how those entities are treated by the IRS. The FEC wants the campaign to clarify the status of those LLCs and, if necessary, return any money that was donated in violation of the law.

Per the FEC’s letter, the campaign has until Feb. 14 to respond to the commission’s inquiries. Failure to comply could result in an audit or some other “enforcement action.”

What will be interesting is whether the campaign will even bother to respond to these sorts of inquiries now that the election is over and Trump is on his way to the White House. Trump is making no secret of the fact that he’s feeling untouchable these days when it comes to matters of ethics and disclosure. He and his lawyers just announced their (absurdly inadequate) plan to “separate” the president-elect from his business interests, and in the course of that announcement Trump kept marveling at the fact that laws governing conflicts don’t apply to the president.

It will also be worth noting what, if anything, the FEC does once it receives (or doesn’t receive) a response from the campaign regarding these illegal or questionable donations. Everyone in the federal government has to have taken note of the ongoing war between the president-elect and the intelligence agencies. The message of that conflict is clear: Any agency or individual who takes action that runs contrary to Trump’s interests will be subjected to sustained public attack. That might well have an effect on what course the FEC decides to pursue.

Either way, this seemingly minor issue is something to keep an eye on. It's a small early test of whether Trump will pay even token respect to the regular order of governance.