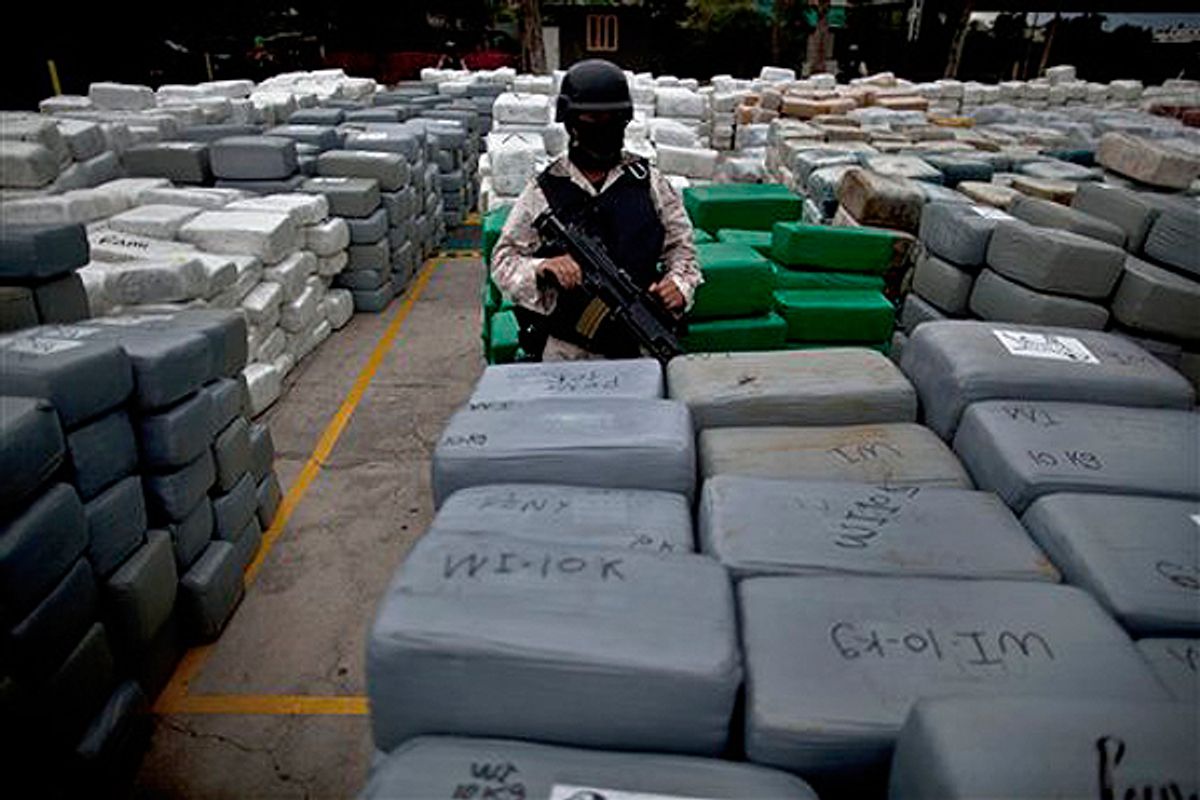 A soldier guards packages of confiscated marijuana in Tijuana, MX in 2010. (AP)
--

SAN DIEGO — U.S. officials say Mexico's inability to fully seal up border tunnels dug by drug smugglers poses a security risk and is an "open invitation" for cartels to carve out new tunnels.

On the U.S. side, drug tunnels have been filled with concrete since 2007, after the Los Angeles Times reported that they were being left unfilled because of budget constraints within Customs and Border Protection.

Mexican authorities say they lack the money to fill the tunnels completely. Only the openings are sealed.

The Times reports Sunday (http://lat.ms/2iuqIOo ) that traffickers have reactivated or tried to reactivate several tunnels in recent years, most recently last month near Tijuana's airport.

Officials tell the newspaper that an estimated 20 large tunnels, constructed before and after 2007, are largely intact on the Mexican side.