The art of learning: Why art history might be the most important subject you could study today

Want a more educated, less narrow-minded citizenry that can tell fake news from real? Make them take this class 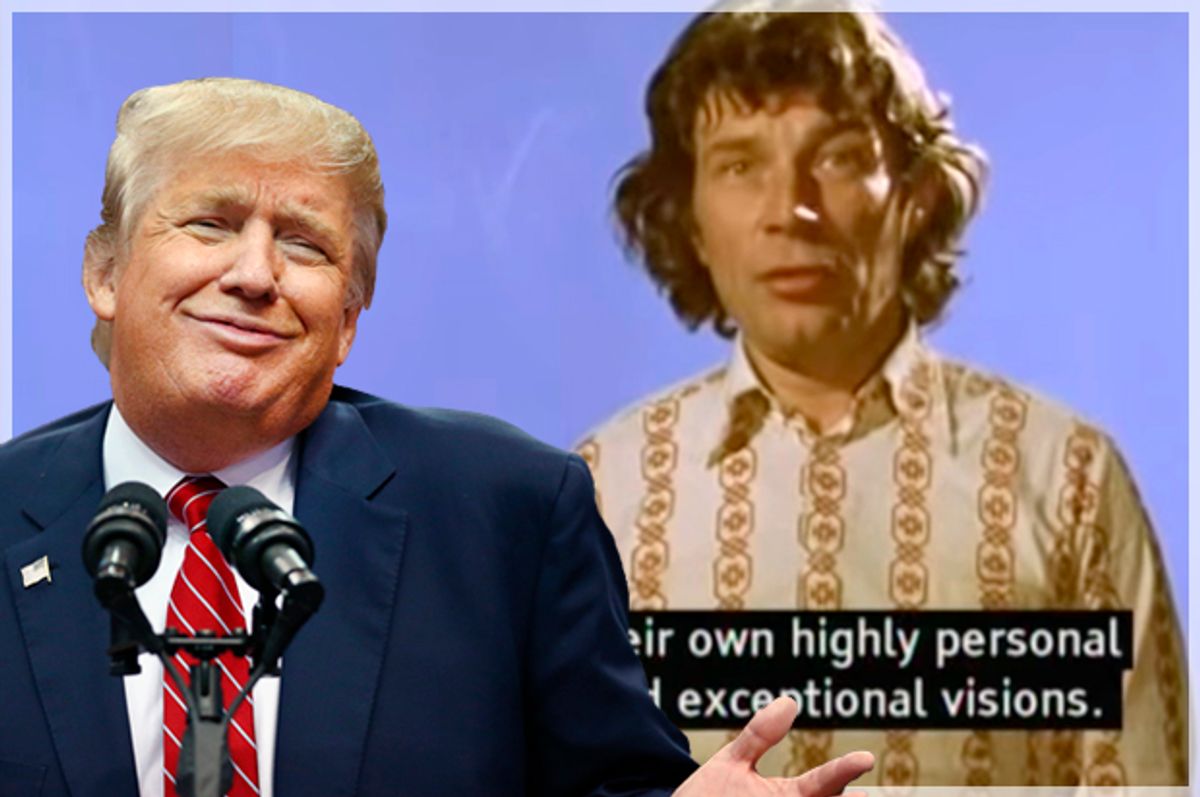 We Americans tend to think of the British as infinitely more refined and cultivated than we are (despite the Brexit vote), but England almost eliminated art history as a field of study for high school students. This would have cut it off at the knees and crippled it as a field of study altogether, because in the UK, high school students must choose their study subject when applying to university — if they’ve had no art history in high school, they are unlikely to choose it at uni. But after much protest from the liberal intellectual establishment, art history was “saved” and will stay on British curricula. If the cultured British nearly did away with art history, then what hope have we Americans?

There has been much discussion of the advantages of humanities versus STEM subjects (science, technology, engineering and mathematics). Some Republican senators were pushing to reduce subsidies for humanities majors, and shift funding to STEM subjects that many feel are more immediately, practically useful. It is easy to see that Donald Trump could also be of this opinion, and so it is a genuine concern for those of us who recognize the value of the humanities.

This is not a movement to make the humanities disappear altogether, but it is essentially undercutting the perceived value of them, considering them a whimsy, a (possibly) fun pastime (if you’re into that sort of thing), not something that helps the world or, and this is key, makes money or increases power. It’s an echo of the Communist school system in the Soviet Union, where the State determined what the country needed, and assigned students to various fields of study and then professions, scooping up, for instance, the very best students and siphoning them off to be rocket scientists or chemical engineers.

John Berger, an art historian and television presenter who died on Jan. 2, was best known for his book and 1972 television series, both entitled “Ways of Seeing.” He is the most overt of art historians who taught us how to see differently. That is about as good an argument as I can think of for why art history is an important field of study, and a good antidote to the narrow-minded, horse-blinder mentality that plagues many politicians and American citizens, and perhaps even certain presidents who need not be mentioned.

Part of Berger’s argument is about how to see through mindsets different from our own, sympathetically and with the understanding that doing so reveals truths about what we see, and about ourselves. Sounds like the opposite of the attitude of the right-wing movements that some might call the contemporary scourge of the Western world. Berger also taught us how to unpack what we do see, to separate the wheat from the chaff, the truth from the fiction, and to uncloak hidden ideologies in visual images. For instance, the subtle (and sometimes not so subtle) way in which women are objectified by everything from Renaissance paintings to contemporary TV ads. This could not be more relevant today, with messages, overt and covert, presented in speeches, the television news, promotional videos, body language (during televised presidential debates, for instance) and more. Our culture is far more barraged by images than Berger’s was in 1972, only heightening the relevance of his lessons (the main addition being that the images, these days, are moving and are consumed on laptops and phones).

A key point of his is that we look at art of a past period and culture too often through the lens of our own. This is understandable — it’s hard to imagine how we would think in, say, third-century Rome or 17th-century Holland. But to force today’s mentality and knowledge onto a historical period is, necessarily, to push a square peg through a round hole.

Take, for example, a lesson I teach my art history students, regardless of their age or background. When looking at pre-Modern art, avoid turning on the lights.

For many years, I taught a course for Brown University in Rome, called “Secrets and Symbols of Roman Art and Architecture.” While popping into various churches in the city, we’d approach a chapel and there would inevitably be a box into which you could slip coins to turn on bright lights, to better see the art. My students seemed never to have considered that these 16th- and 17th-century paintings should not be seen with bright electric lights. Sure, it’s easier to see with them, but they were not intended to be seen thus, centuries before the invention of the lightbulb. They are dark and murky, crisscrossed or engulfed by shadows: that was how they were meant to be seen. The only illumination would come from natural sunlight (usually limited in chapels), and perhaps a candle held aloft by a member of the clergy or the family of the patron of the work. This is the natural habitat for Caravaggio’s shadowy canvases, for instance.

The science of optics played a role in Berger’s “ways of seeing,” despite the fact that he is speaking about art. I cannot think of any discipline more inherently interdisciplinary than art history. Through the context of artworks, we study history, anthropology, sociology, war and politics, biography, literature, theology and critical interpretation, to name a few of the theoretical angles. But we also look at optics (for instance, in analyzing single-vanishing-point perspective), chemistry (how paint was prepared), neuroscience (what happens in the brain when it encounters art), geometry (why some works, based on triangular composition, feel more harmonious), physics and engineering (how Brunelleschi’s dome stays up), and much more. It is a great subject for those who can’t decide what to study. But it is particularly strong in opening one’s mind up to alternative viewpoints.

Psychotherapists Dr. Albert and Lea Mrgole underscore the importance of learning how to learn, that key tool that comes with studying the humanities. “Relevant to each area of work is the ability to acquire knowledge throughout life, attitude to learning and knowledge, which requires an awareness that knowledge changes fast and its development needs to be followed. This means that we need certain traits and skills: adaptability and plasticity, flexibility, curiosity, mobility, creativity, independent thinking.”

That is not to say that you won’t develop these faculties if you study STEM subjects. But humanities subjects are built upon them — this is why a liberal arts education has been considered the finest one can have for nearly a century. This teaches you not the specifics of how to manipulate X to produce Y, but how to teach yourself how to do whatever you need to do in the future. This might be manipulating X to produce Y, or it might be adapting to having to manipulate X and Z to produce Y, or to have the flexibility and imagination to think of an entirely new way to produce Y, or to realize that Y needn’t be produced at all.

For art history, a comfort in a variety of disciplines is necessary. As Nobel Prize-winner Dr. Eric Kandel, a neuroscientist, told me, the biggest breakthroughs in any field come from those approaching from a different discipline, from outsiders: “This is true in all areas. It’s good to have an outside perspective. . . . Within a field, the focus can be very narrow, so it’s good to have some fresh insight.” It is uncommon to find interdisciplinary thought encouraged in the STEM subjects, the hard science fields. You don’t often get a mathematician told to approach a problem from a chemist’s perspective, or an industrial engineer looking to molecular biology to reach a new solution.

Art history aside, humanities (when taught well) teaches students how to learn. How to teach themselves, to think outside the box, to accept and appreciate different perspectives. Appreciation for, and tolerance of, different cultures is part and parcel of this. Restricted, drilled-in viewpoints rarely produce anything fruitful or new; they just keep treading the same wheel and, worse, can produce intolerance. As an employer, it’s not enough to have an army of rote peons who think the same way — you need those who dream, as well. Without studying the humanities, we encourage robotic, repetitive behaviors, systems, ways of thought. Our ways of seeing are limited. Our civilization becomes homogenized in its practice and concepts. And the arts are the highest achievement of a civilization for which basic needs are met. Without the humanities, our civilization narrows and becomes less civilized. Without the arts, the zenith of what civilization is capable is decapitated.