John Lewis is a true American profile in courage

Donald Trump isn't fit to be the carbuncle on Lewis' posterior. 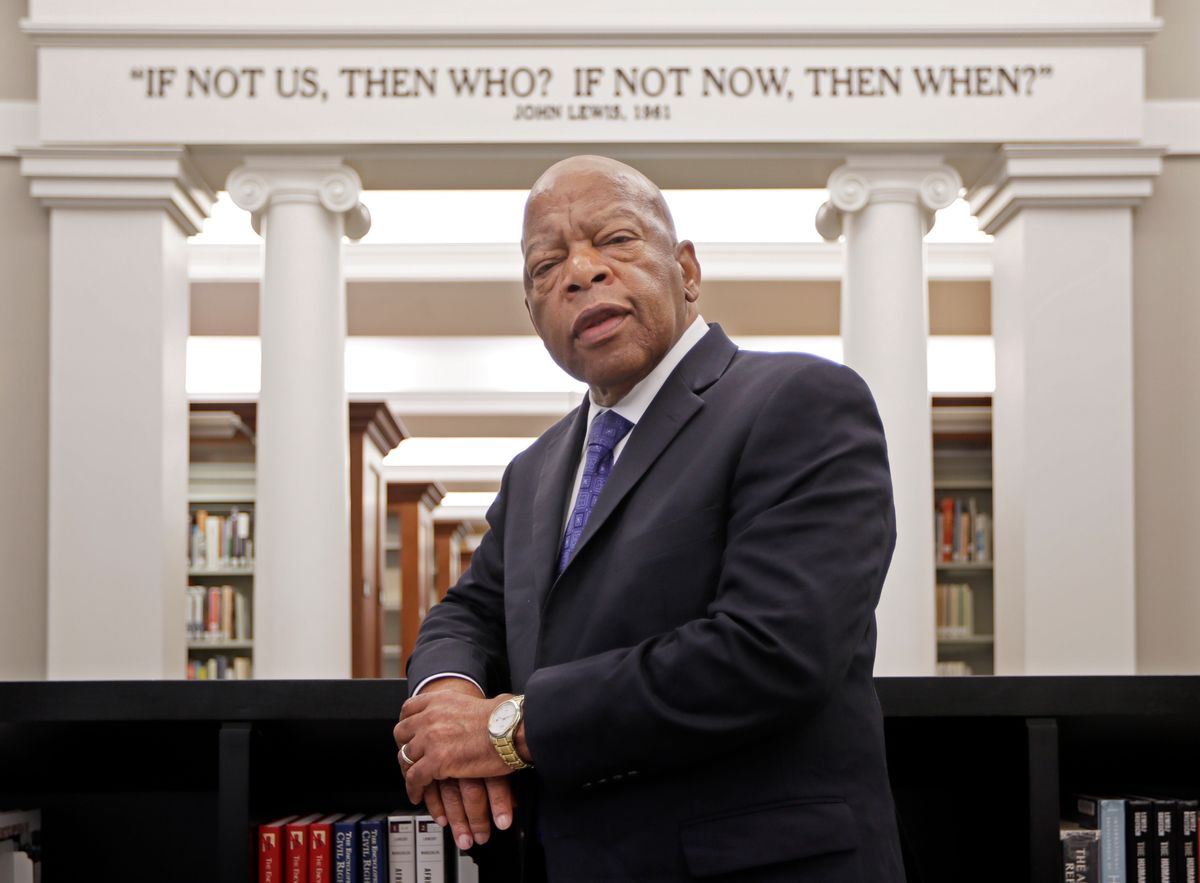 Rep. John Lewis, D-Ga., poses for a photograph under a quote of his that is displayed in the Civil Rights Room in the Nashville Public Library Friday, Nov. 18, 2016, in Nashville, Tenn. (AP)
--

High from his gilded throne room in midtown Manhattan — like Zeus from Mt. Olympus — Donald Trump has been hurling tweeted spitballs at Rep. John Lewis of Georgia. He’s a man of “no action,” typed Trump with his tiny (manicured) fingers, of one of America’s true heroes of the modern age — a man so brutally assaulted by state troopers during the l965 march from Selma to Montgomery that he nearly died from a fractured skull.

Time and again Lewis was on the front line of the fight for civil rights, spat upon, insulted and vilified, while far to the north, Donald Trump was using the fortune handed him by his father to launch a real estate empire without ever getting his fingernails dirty.

Now, for daring to say that Trump cannot be “a legitimate president” because of Russia’s help in electing him, John Lewis is #1 on Trump’s hit list. Yes, Donald Trump — whose political career took off with a campaign of lies about Barack Obama’s birthplace with the intent of denying the president his legitimacy.

John Lewis needn’t be worried about what Donald Trump thinks of him; he’s faced down bullies and bigots before, tough guys with billy clubs and water hoses in the streets instead of a wannabe tinpot of no class glowering from his penthouse lair and showering loutish insults at his betters below; Trump isn’t fit to be a carbuncle on John Lewis’s posterior. Take a look at a real hero in this profile we produced of Lewis on the 50th anniversary of the 1963 March on Washington. Arm-in-arm with Martin Luther King and other giants of the time, John Lewis walked right into the history books.