Before Obamacare, 45,000 Americans died every year because of inadequate health insurance. We risk going back there 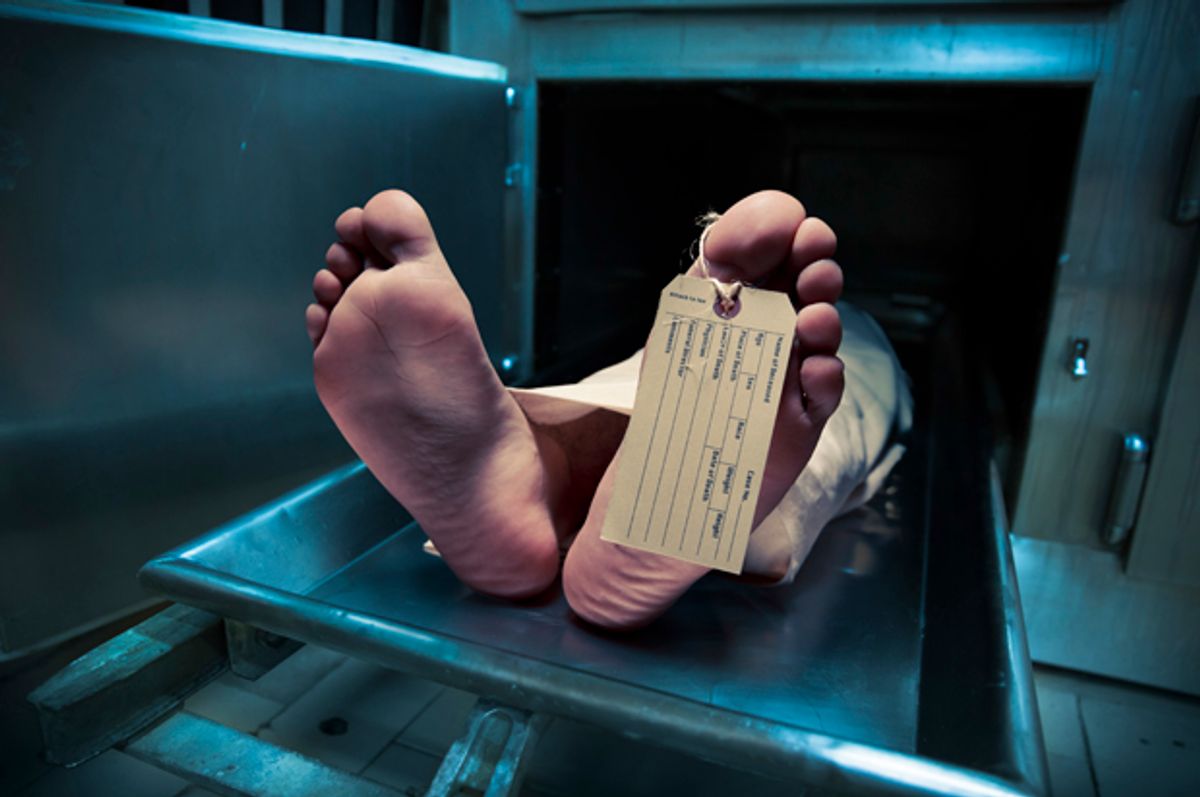 During the 2009 debate over the passage of the Affordable Care Act (ACA), the American Journal of Public Health published a study by Harvard Medical School and Cambridge Health Alliance showing that 45,000 Americans were dying every year as a result of not having health insurance. To be clear: this was prior to the passage of the ACA. Broken down, that’s 3,750 deaths every month of every year -- the equivalent of a new 9/11 every 30 days.

It appears as if the Republicans who are sprinting to repeal the ACA without an adequate and comparable replacement plan would prefer to resurrect this cataclysmic death rate. Ironically, these Republicans could be characterized as a literal “death panel.” Again, knowing the repeal is lurking around the corner, we’re days away from returning to a new 9/11 every month. As for a replacement, the proposals on the table currently include nothing -- no plan at all -- or an absolutely ludicrous alternative pitched by House Speaker Paul Ryan on CNN last week.

We often find out about these things after it’s too late, but not this time. Ryan revealed a significant chunk of what the GOP intends to introduce as a replacement for the ACA. The repeal of the ACA, by the way, is only supported by 18 percent of Americans, according to the latest poll from Quinnipiac University. Despite this, it’s full steam ahead for Ryan and the Trump administration -- euthanizing the ACA anyway, in defiance of popular opinion indicating that 73 to 87 percent of ACA enrollees, including 74 percent of Republicans, are satisfied with their ACA insurance.

Nevertheless, Ryan was confronted on CNN by a man named Jeff Jeans, a Republican small business owner and cancer survivor who said the ACA saved his life, even though he had previously vowed to close his business before supporting the ACA. Like any man of integrity, Jeans reversed his position when it became obvious that he would never have been able to afford his life-saving cancer treatments were it not for the ACA.

Ryan’s response? Jeans and millions of others will be doomed to endure what’s arguably the most ridiculous option for replacing the ACA. Ryan described what are known as “high-risk pools” for those of us with pre-existing conditions, suggesting that such a plan will be more affordable than policies that most of us already have and which we already like. Ryan also promised subsidies to help pay the premiums. Incidentally, the notion of Republicans passing tax subsidies for lower-income Americans, with or without paying for them somehow per the Paygo Act signed by President Obama, is laughable.

We’ve tried high-risk pools already and they’re anything but affordable or desirable. Imagine, if you will, insurance policies that cover nothing but millions of sick or injured people who will require ongoing treatment, cutting into the bottom line of insurance companies that want nothing to do with sick people in the first place. There are no younger, healthier people in the mix to make it financially possible for insurance companies to do business. Now imagine a scenario in which the Trump Republicans gut the ACA regulations that set a cap on deductibles and banned lifetime and annual limits on those treatments. Next, imagine what the premium costs and deductibles will be for these sick people, once the GOP rolls back the ACA’s consumer protections.

In the past, catastrophic plans were actively marketed to risky customers. Suffice it to say, the deductibles were enormous, making it almost worthless to pay for coverage. Even with such coverage, an insured person was likely to pile up massive medical debts anyway; patients were forced to cover punitive out-of-pocket expenses before any insurance coverage kicked in.

Kevin Drum summarized the ridiculousness of high-risk pools this way:

To make matters worse, it’s already a given that the GOP will repeal the individual mandate in the ACA, which happens to be the least popular but arguably the most necessary aspect of the law. The purpose of the mandate is to make sure people don’t sign up for insurance as soon as they get sick, thus gaming the system. However, Ryan and Trump don’t plan to retain the mandate (that we know of -- they haven’t released a plan yet). Consequently, it’s likely very few insurers will agree to participate in these high-risk pools, knowing that customers will only sign up once they’re sick or injured. And all of this might be preempted by insurers deciding to drop out of the individual market altogether, due to the GOP’s reckless destabilization of the system.

The solution to all this is obvious: Amend the ACA rather than repealing it; improve it by eliminating loopholes and the like. Hell, call the amendment legislation “Trumpcare” or “Ryancare” or “Biglycare,” or whatever. I assure you, those of us with ACA policies won’t care what it’s called. But, cumulatively, a reasonable replacement will be almost impossible to pass and implement, making the hasty effort to repeal even more irresponsible than it already is.

Trump’s plan to have a replacement within the same hour as a repeal bill is hilariously impossible. So we’ll either see a shoddy, unpopular, unusable replacement bill or we won’t see any replacement at all -- bad news for at least 20 million Americans, including me, who will lose our insurance without any other alternatives. And, I hasten to note, it will be bad news for the congressional Republicans and for Donald Trump, who are collectively bungling and botching their way into this mess. Especially once we start reading about how the death toll is backsliding to pre-ACA levels.