Prognosis, negative: Members of Congress are feeling the heat from constituents who want to keep their health care 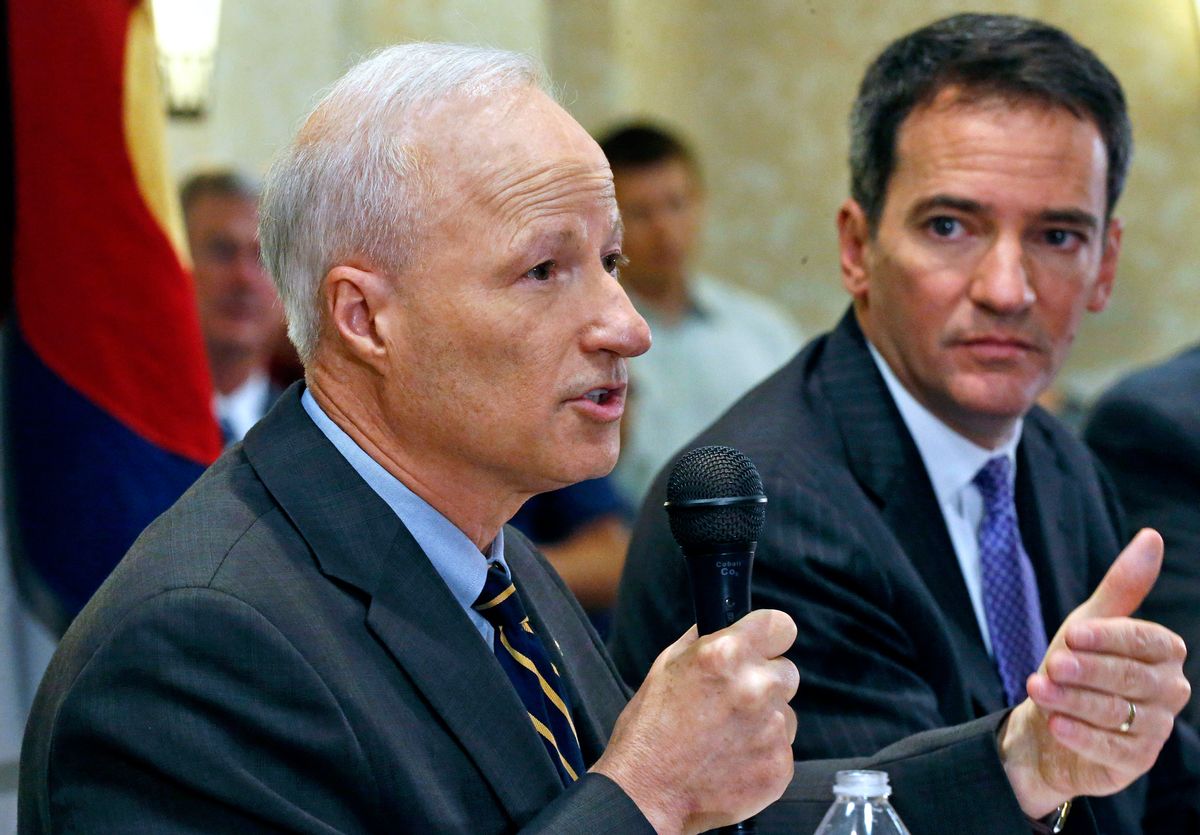 U.S. Rep. Mike Coffman, R-Colo., left, and Democratic challenger Andrew Romanoff face off in their first debate in Highlands Ranch, Colo., Thursday Aug. 14, 2014. The race is expected to be one of the closest in the country. (AP Photo/Brennan Linsley) (AP)
--

Constituents in Republican districts are beginning to make noise about the impending repeal of the Affordable Care Act.

After publishing an op-ed championing the repeal of the health care law, Colorado Republican Rep. Mike Coffman appeared at one of his scheduled constituent meetings on Saturday to find more than 100 people waiting for him, most hoping to discuss the ACA. The congressman had booked a room in the Aurora Public Library for 90 minutes, part of his regular monthly meetings he holds throughout his district. Despite an opportunity to address the full crowd, Coffman limited his engagement to four people at a time, eventually abandoning the event all together before his time was done and before he could meet with everyone who attended.

Coffman's chief of staff, Ben Stein, released a statement trying to explain why the meeting had to end prematurely. "Unfortunately, we only reserved the room at the Aurora Central Library for 90 minutes, which is usually plenty of time to see everyone. For those who were unable to see the Congressman today we apologize. These constituents are invited to attend upcoming meeting opportunities and we will block more time so that he can hear from more of his constituents."

While more than 100 people were waiting to meet with him, Mike Coffman sneaks out early from his own community event. #9News pic.twitter.com/NAZlXTKgQm — Nelson Garcia (@9NewsEducation) January 14, 2017

According to reports, Coffman dipped out of the meeting six minutes before his time slot was up, through a backdoor where he could avoid people in the library waiting to speak with him.

Constituents in Colorado's sixth Congressional district can't really blame Coffman for his great escape. The GOP has yet to announce a concrete plan to repeal and replace the ACA. During a town hall event hosted by CNN last Thursday, House Speaker Paul Ryan indicated repeal and replace will occur simultaneously, suggesting Republicans have come up with a replacement for the ACA. But in an interview with The Washington Post, President-elect Donald Trump introduced a plan that in no way resembles a conventional Republican health care law. Trump promised "much lower deductibles" with the goal of "insurance for everybody." A difficult feat considering Republicans want to do away with subsidies and the safety-net.

With Republicans intent on the "repeal" part, but not the "replace" part, people are justifiably confused and voicing their concerns about the future of their health care. Meanwhile, in Michigan, Bernie Sanders attracted thousands in a rally billed as "Our first stand."