We must know the truth: Investigations of the Russia hack and its consequences are crucial

Begrudgingly, some Republicans are coming around: If we are to save our democracy, we have to know what happened 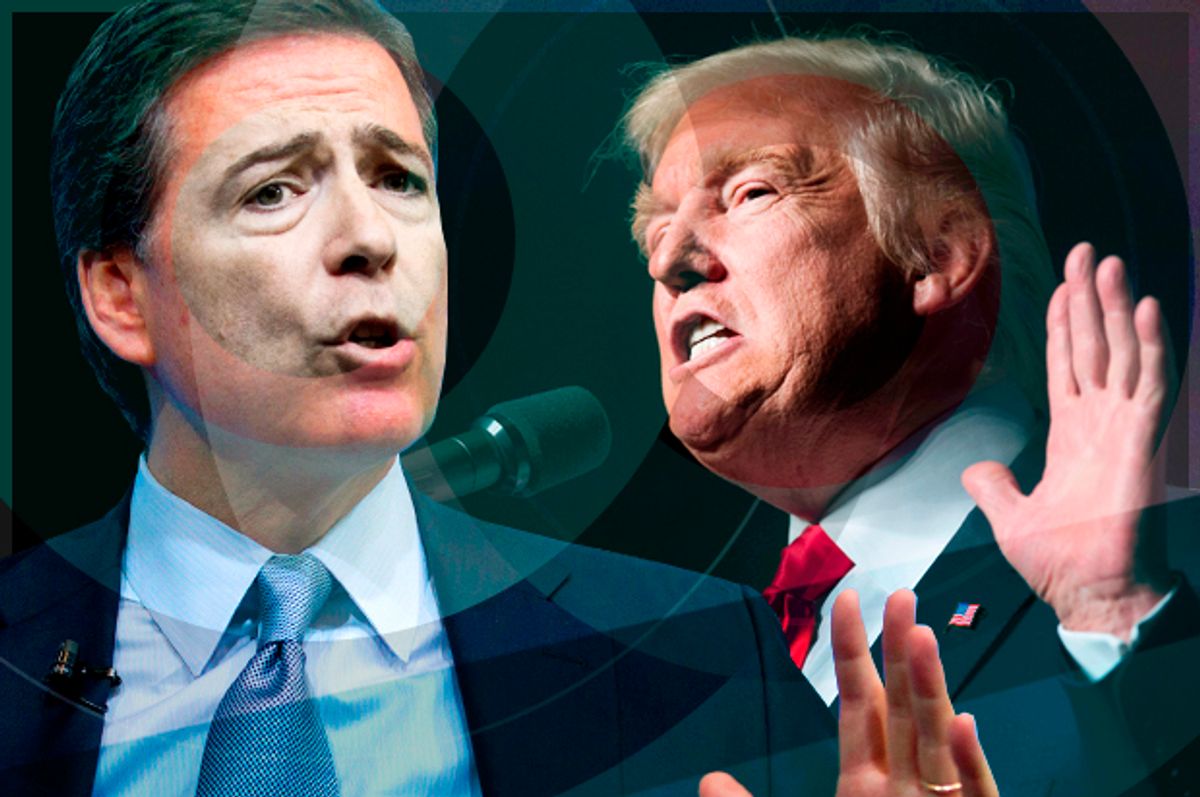 On Friday, the Republican-led Senate Intelligence Committee reversed course and grudgingly agreed to investigate Russia’s alleged meddling in November’s election. This announcement was preceded on Thursday by the inspector general for the Justice Department announcing he will investigate FBI Director James Comey’s handling of the probe into Hillary Clinton’s emails.

The I.G.’s move came as stories surrounding the leak of the infamous dossier on Trump and Russia, prepared by a former agent of the British intelligence agency MI6, were making their way into the press. According to one British newspaper, the former MI6 agent and an American colleague were convinced that a clique of FBI agents sat on their information on the Russian hack in order to keep the public’s focus on Clinton’s emails. There is a solid case that these bureaucratic shenanigans in the FBI, which led to Comey’s announcement of a quasi-reopening of the email investigation on Oct. 28, swung the election to Donald Trump. Why members of the FBI worked in a way that may have undermined the will of the voters is another strand of the story that deserves unraveling.

In short, while Trump supporters may want to claim there is no fire here, there is a hell of a lot of smoke. Which is why these two investigations should only be the start. Congress needs to consider all options, up to and including appointing an independent counsel with full subpoena power, to investigate the alleged Russian meddling. And that counsel should have the full resources of the federal government at his or her disposal.

The thought of investigations already does not sit well with a lot of people who are flailing for justifications to ignore the allegations. As best I can tell, the arguments against a full-scale investigation of the extent of any Russian-led disinformation campaign to influence the election boil down to the following reasons:

Of these arguments, only the second and third address the issue in any serious way. (The others are worthy of no more than a sarcastic “LOL.”) The second can be dismissed by noting that even with the lack of technical information in the ICA report released by the government two weeks ago, there are plenty of members of the intelligence community and the government – including a few Republicans – who were concerned about Russian interference months before the election.

The third argument can also be dismissed by noting simply that we can and must focus on more than one thing at a time. Yes, the Democratic Party has limitations with gerrymandering and demographic distribution of its voters, to say nothing of the coherence of its messaging, that it needs to overcome if it wants to regain power. Doing so likely involves an honest look at the mistakes of the Clinton campaign, what they meant and what, if anything, Democrats can do to not make them again.

That does not in any way diminish the importance of the allegations of Russian meddling. And any disinformation campaign that may have helped put Trump in the White House will not stop with his inauguration. It will continue on in support of his agenda, and it will be useful to advisers around him like Steve Bannon and Stephen Miller, "populists" who seek to align the incoming Trump administration with white nationalist movements in other nations.

There is no reason we cannot be concerned about all of this at the same time, and why we can't deploy resources to address it.

Besides, who is to say that a full investigation would confirm the current evidence of Russian meddling? What if, for example, an investigation into WikiLeaks’ publication of the Democratic National Committee’s emails discovered that the documents were leaked by a disgruntled DNC staffer, and not as the result of a server hack by a mysterious collective of Russian-affiliated hackers? Imagine how much Trump and the rest of the GOP could gloat if that turned out to be the case.

The idea of an independent counsel assumes there are any Republicans willing to take such a step, at the risk of sucking up so much time that the party cannot work on passing its hard-right legislative agenda. Slim chance, I know. But given the wide split in November’s popular vote, the American people deserve to know if a foreign power helped to put them under the rule of a kleptocracy that is likely to inflict grievous injury on a majority of them.