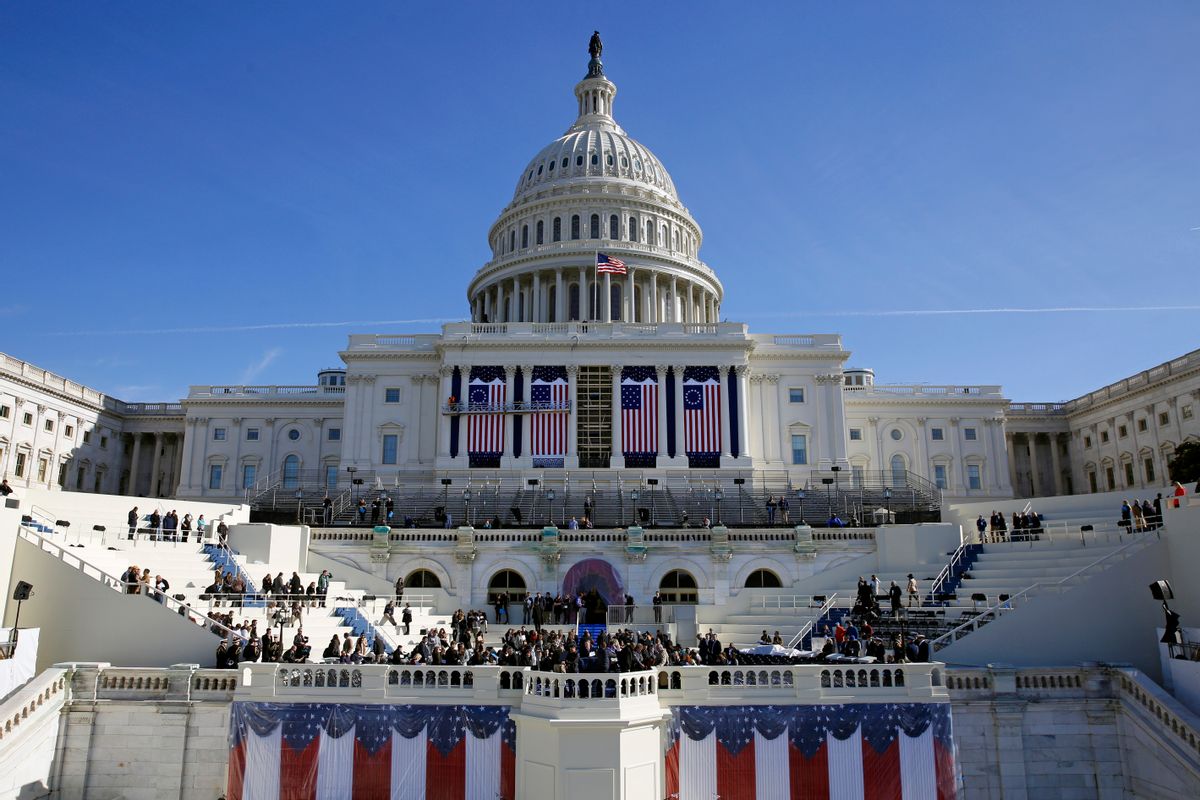 In this Jan. 15, 2016, photo, the U.S. Capitol frames the backdrop over the stage during a rehearsal of President-elect Donald Trump's swearing-in ceremony in Washington. (AP Photo/Patrick Semansky)
--

President-elect Donald Trump's second wife, Marla Maples, and second-born daughter, Tiffany Trump, tried to get $300 worth of free hairstyling for this week's inauguration in exchange for "exposure," according to The Washington Post.

"I was stunned," freelance stylist Tricia Kelly told The Post. "I told them . . . I work for a fee, not for free."

Maples — whom Kelly described as "entitled" — found out the hard way that the stylist didn't particularly want whatever "exposure" the gig would have offered. As the Post put it: "For starters, she typically shuns such exposure of her work with political types, so as not to appear partisan, since her clients include prominent Republicans and Democrats."

"There are people who make far less than they do who pay full price," Kelly told the Post. "People on staff — the incoming White House and the outgoing one — pay full price. It seemed like they were trying to see how much they could get for free based on their names."

Upon finding out that Kelly had refused to offer her services for free, an intermediary who had initially put Kelly in touch with Maples started sending her "ominous messages," saying, "You are messing with the president of the United States." It remains unclear whether Maples meant that Trump would become personally involved and how much clout he could possibly have.

According to the Post, the intermediary also added that Maples was "worried about her financial situation with Tiffany out of college, ending child-support payments from the president-elect" and noted that Maples "is used to a certain lifestyle and you don’t understand that."