On "Late Night," Tapper stood up for CNN's reporting while getting in jabs at BuzzFeed 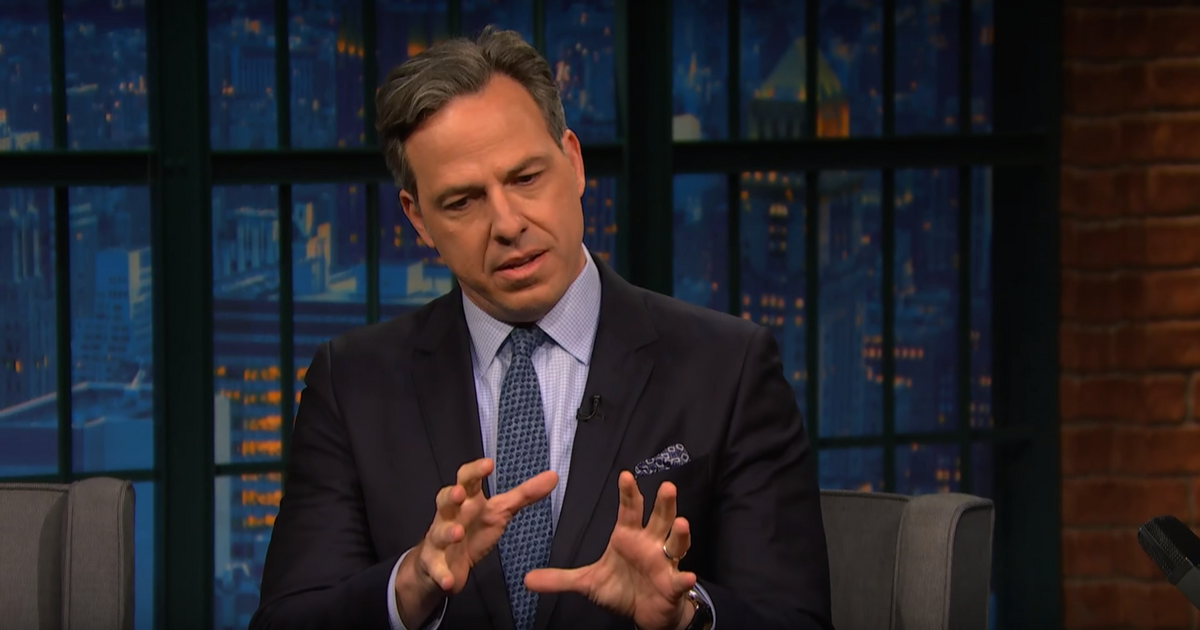 As a guest on Seth Meyers's "Late Night," CNN's Jake Tapper on Monday responded to Donald Trump's efforts to "delegitimize" the news network over its coverage of a damning 35-page intelligence report claiming the president-elect had been compromised by the Russian government.

"I've never seen the effort to delegitimize an organization for a story that you don't like that has been proven," Tapper said. "He was obviously trying to get us to stop focusing on the story and just to discredit all of us."

In a heated interchange during his press conference last week, Trump told reporter Jim Acosta that CNN is "terrible" and "fake news."

About BuzzFeed releasing a two-page synopsis of the unverified dossier and "putting those rumors out there" almost immediately after CNN broke the story, Tapper said, "That's not reporting; that's just publishing." CNN reported on the dossier's existence without giving extensive details.

Tapper noted that by way of good timing and attentiveness, Meyers scored "the first on-the-record comment" from Trump's team about the story.

“Nothing’s been confirmed,” former campaign manager Kellyanne Conway told Meyers last week. “And, I have to say, as an American citizen — regardless of your party and if you don’t like politics at all . . . we should be concerned that intelligence officials leak to the press and won’t go and tell the president-elect or the president of the United States himself, now Mr. Obama, what the information is. They would rather go tell the press.”