A source close to the transition team told CNN, "He is not into the pounding he is taking, and the paperwork" 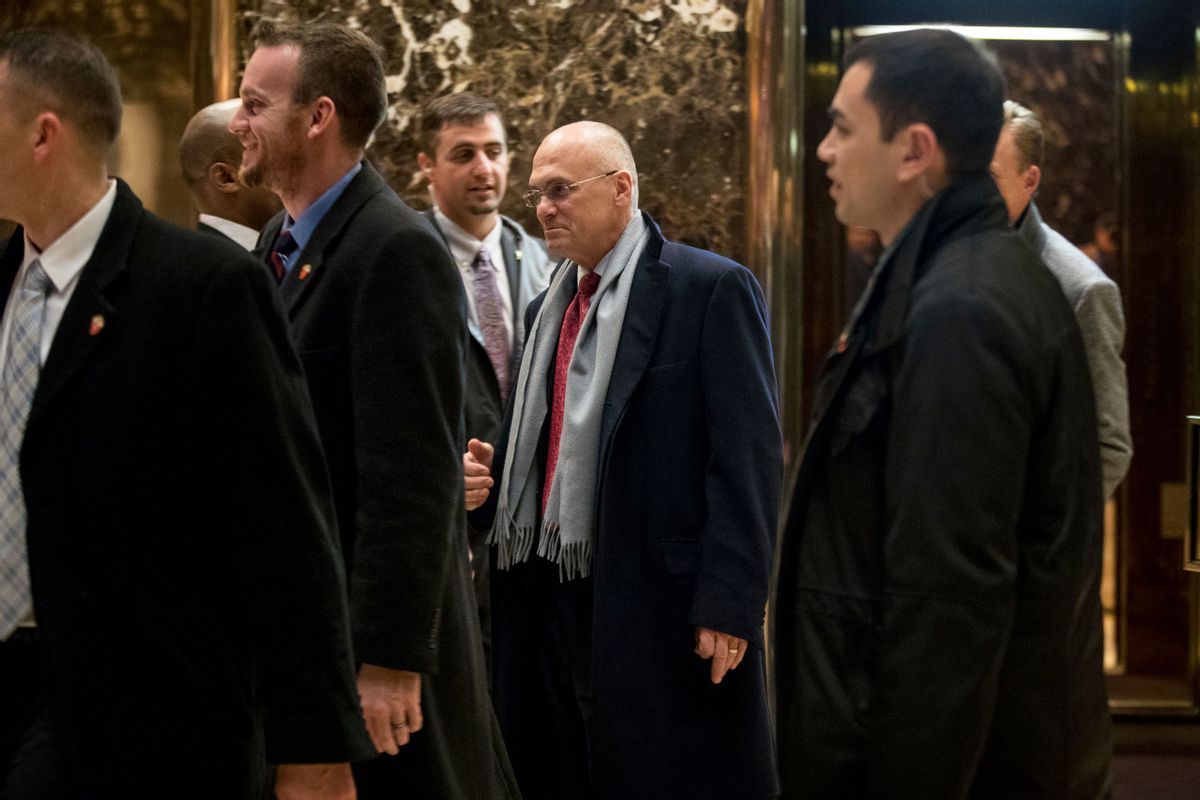 Andy Puzder, Donald Trump's pick for labor secretary, is having "second thoughts" about joining the president-elect's Cabinet, according to CNN. This is despite the CKE Restaurants CEO's tweet suggesting the opposite:

"He may be bailing," an anonymous source "plugged into the Trump transition effort" told CNN. "He is not into the pounding he is taking, and the paperwork."

Because Puzder has yet to submit his financial holdings paperwork to the Office of Government Ethics, his confirmation hearing scheduled for this week has been put on hold "and likely will not be held until next month," CNN's John King write.

"Two Republican sources did not dispute but cautioned against reading too much into word of second thoughts. One of them added that 'Trump loves it and wants the fight,' and said it was his information that senior transition officials were aware of Puzder's concerns and urging him to stay in the fight."

"If you’re making labor more expensive, and automation less expensive — this is not rocket science," Puzder told Business Insider in March. "Does it really help if Sally makes $3 more an hour if Suzie has no job?"

As chief executive of the company that owns fast food chains Hardees and Carl's Jr., Puzder's annual take-home pay was $4.485 million in 2012.

Owens called Puzder's opposition to a minimum wage increase "inconsistent to the role of secretary of labor and the priority of raising wages for working people."