Shake Shack’s prices are going up: Why the hip burger joint's wage and price hikes might be good for business 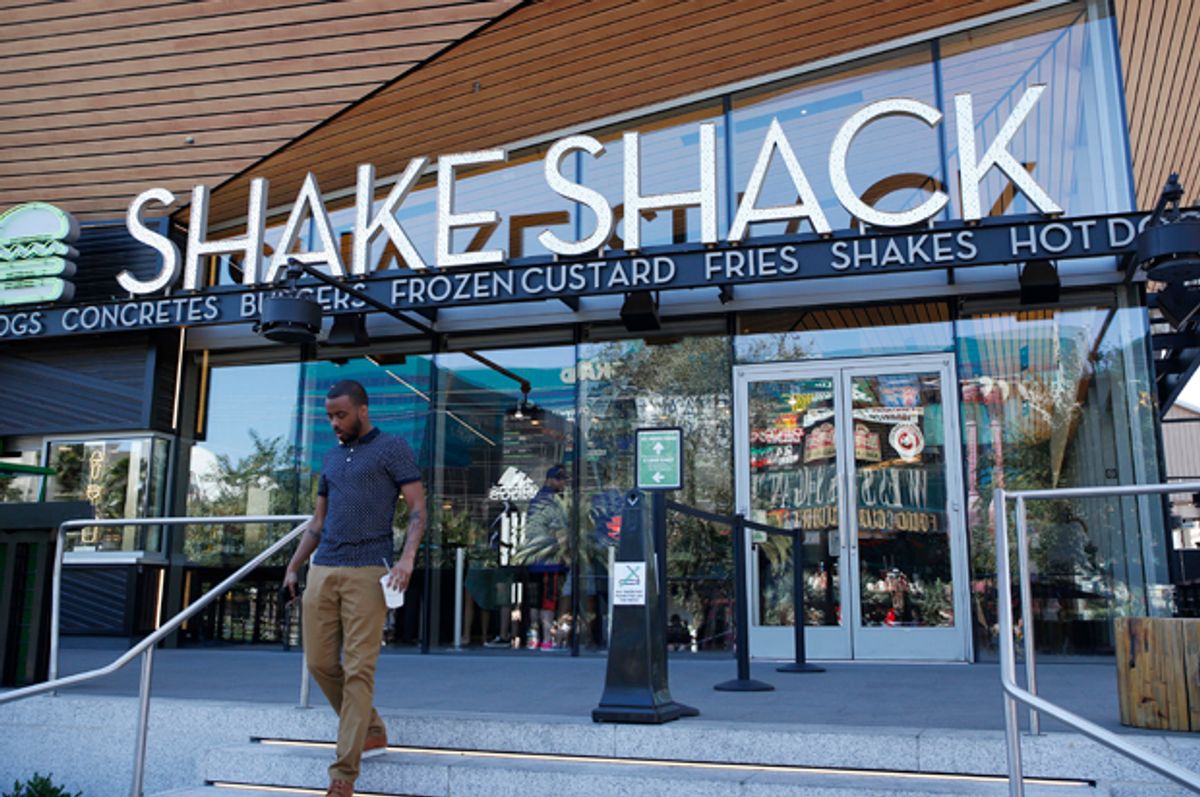 If the price of a product or service goes up slightly in order so as to fairly compensate the workers who make it, are customers OK with paying extra? This is a question that Shake Shack is asking this year as it raises the prices of its burgers and chicken sandwiches so as to offset the rising share of its operating costs attributable to labor and related expenses, including health insurance.

Price increases on some menu items went into effect this month after restaurateur Danny Meyer’s 12-year-old burger chain, which sprouted from a Manhattan park kiosk into a $1.2 billion global venture, raised wages across the board for its employees last year. The price hikes mainly cover two key menu items: the Chick’n Shack and the ShackBurger. The hikes vary by region under a new tiered policy designed to help the company adjust for local wage standards and other business expenses.

In some cases these menu items will increase in price as much as 36 cents, according to an estimate based on an informal survey of New York area Shake Shack restaurants published earlier this month on the website Eater: New York City Shake Shack restaurants are paying $12.50 an hour, or 50 cents more than the local minimum wage for fast food businesses with more than 11 employees. The pay will climb again next Jan. 1 when the local minimum wage rises to $13.

Shake Shack falls into the category of fast casual eateries that emphasize fresher ingredients, which are harder for massive industry-scale behemoths like McDonald’s to incorporate. Customers for this category of restaurant also tend to be willing to spend more if they think a company treats its employees better.

The company didn’t respond immediately to Salon's requests for more details about its wage structure, but during a quarterly conference call in November, Chief Financial Officer Jeff Uttz said the share of the company's revenue for labor and other expenses increased to 25.3 percent from 23.7 percent for the same period the previous year. These costs include employer-provided health insurance. (Uttz, who ushered Shake Shack through its January 2015 IPO, will step down from his post in March to “semi-retire” and his replacement has not been announced.)

Like Starbucks and Chipotle, Shake Shack falls within a group of companies that have been considered as having a progressive corporate identity. Still, when the nationwide average for food and beverage servers is just $9.16 an hour, offering above-average wages and basic benefits like matching 401(k) and health insurance payments could be viewed less as an act of magnanimity and more as a bare-minimum gesture.

Meanwhile, new research suggests that the economy would be better off if poor working Americans had more money in their pockets to spend.

A study released last week by the Institute for Research on Labor and Employment at the University of California, Berkeley, focusing on Fresno Country, one of the poorest parts of the Golden State, found that minimum wage increases have positive effects (putting more money in the pockets of low-income consumers) and negative ones (like a spike in restaurant prices). But a higher minimum wage would still bring a net gain in jobs while generating more economic activity in the state’s poorest areas.

“While a higher minimum wage induces some automation and slightly higher prices, it increases worker productivity and increases workers’ purchasing power,” Michael Reich, a U.C. Berkeley emeritus professor of economics and co-author of the report, said in a statement. “These positive and negative effects on employment offset each other.”

Growing pressure from groups like the 5-year-old union-backed Fight for $15 movement have put more pressure on states to do more for low-income service industry workers. Currently 29 states require companies to pay wages higher than the federal hourly wage floor of $7.25, so the average is being pulled up at least in part by government mandates rather than corporate generosity.

The state wage hikes come even as President-elect Donald Trump has tapped for secretary of labor a fast-food industry executive who opposes minimum wage increases — like many of the Republicans who control Congress. This suggests that efforts to improve working conditions will continue to fall on state legislators and pressure from workers movements, even more than they already are.