Trump's market rally could continue through 2017

During Trump's first year in office, January results may speak for the rest of the year 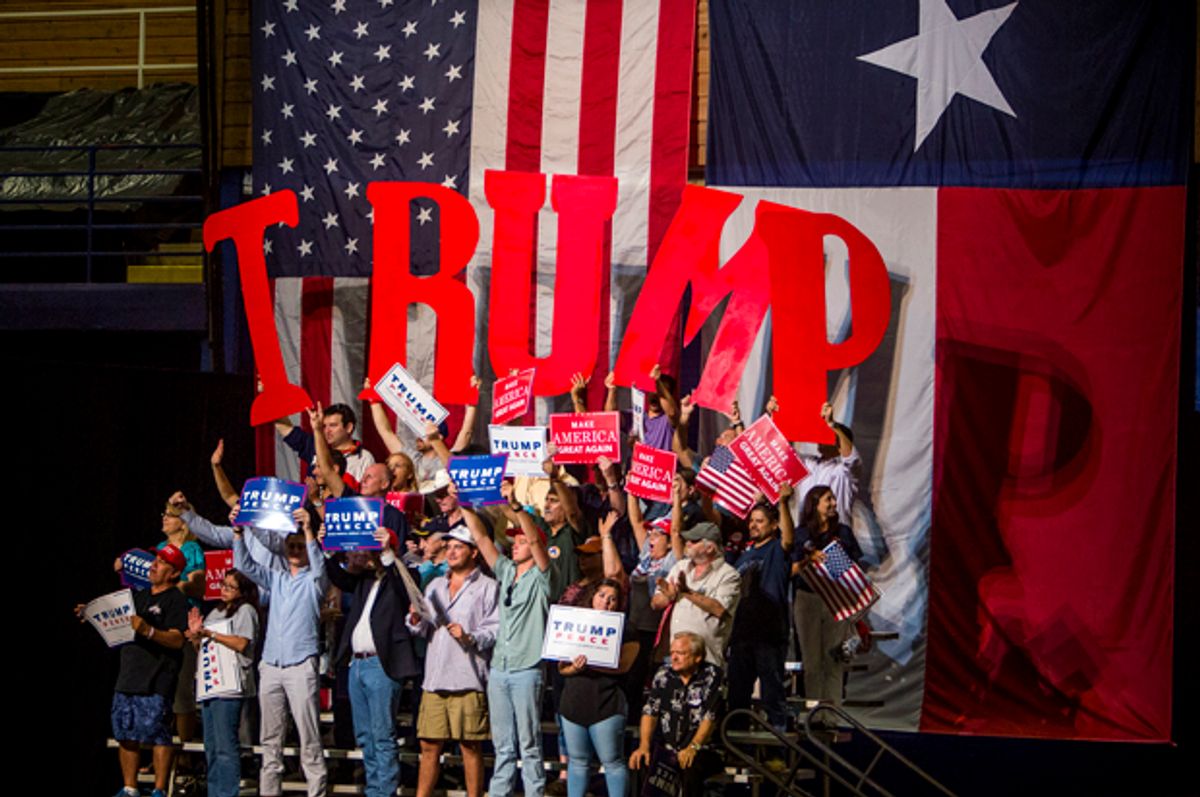 So far, investors appear to be giving Donald Trump their vote of confidence.

After his election as the 45th president of the United States, the U.S. Dollar Index rallied around 4 percent through the end of the year, while the Dow Jones Industrial Average approached 20,000 for the first time in its history and the Standard & Poor’s 500 was up just under 5 percent.

So now that investors have finished their usual year-end review of where to put their money, one question is on everyone’s mind: Will the so-called Trump rally continue in 2017?

In early November, I wrote an article based on my study showing that how stocks reacted in the first few days after a president’s victory would likely determine their performance for the rest of 2016 – which turned out to be true in Trump’s case.

In a similar vein, a separate study I published in 2009 demonstrated that how a stock market performs in the January a president takes office could portend its fortunes for the remainder of the year.

So will that also turn out to be true for Trump?

In that study, which I called “The ‘Other’ January Effect and the Presidential Election Cycle,” I combined two lines of research.

First, going at least as far back as the 1940s, the so-called January effect is a well-known bias in individual stock behavior in which stocks that lose value at the end of the year tend to reverse those losses in January.

The other January effect, which I use in my study, refers to evidence published in 2005 suggesting that January’s returns hold predictive power for the remainder of the year.

More specifically, this effect claims that when stocks go up in January, they tend to continue to climb for the rest of the year, and vice versa – regardless of the impact of other usual drivers of stock market returns. On Wall Street, this effect is often dubbed: “As January goes, so goes the year.” For the rest of the article, for simplicity’s sake, I’ll call this the January effect.

Second, I combined this January effect with the four-year presidential election cycle (PEC) to see how it influenced January’s predictive abilities. The PEC refers to a cycle in which U.S. stock market returns during the last two years of a president’s term tend to be significantly higher than gains during the first two years. This cycle is especially true for the third year of a president’s term, which has almost always been positive.

For my study, I wanted to see if the timing of the presidential cycle (first year, second year, etc.) affected January’s predictive abilities. I studied monthly returns (without dividends) of the S&P 500 over the 67-year period from 1940 through 2006.

Overall, my results were consistent with the paper noted above demonstrating that positive returns in January typically portended gains during the other 11 months of the year, as well as the opposite.

They further showed, however, that January’s predictive power is most convincing during the president’s first and fourth years in office. Since, at the moment, we care most about the first year of a president’s term, I’ll focus on those results.

Over my sample period of basically 17 election cycles, I found that during the president’s first year in office, average returns for the 11 months following a positive January were 12.29 percent, while a negative January led to average losses of 7.91 percent over the remainder of the year. That’s a difference of more than 20 percentage points – or over US$200,000 on a $1 million investment.

Furthermore, I found that a positive or negative January predicted returns for the remainder of the year almost 90 percent of the time, suggesting a very strong correlation.

Recent results have been split

Since my study was published, there have been two more elections, one of which ran contrary to the January effect, while the other confirmed it.

After President Barack Obama won the 2008 election, the S&P 500 lost 8.6 percent during his inaugural month of January. But the market rallied for the remainder of the year by about 35 percent.

Conversely, after his reelection in 2012, stocks returned around 5 percent in January 2013 and, consistent with the other January effect, the market climbed another 23 percent over the remainder of the year.

So what’s driving the effect?

Exactly what drives this effect is a topic of debate. For example, I tested whether it may be driven by monetary policy, which did not seem to be the case.

A common argument for the PEC is that it reflects investor views of fiscal policy, which is why returns during the second two years of the cycle tend to be higher than the first two. Yet my most significant results were for the first and fourth years.

Nonetheless, while I did not specifically test for fiscal policy influences, it seems valid since my results showed that January’s effect appears to be the most reliable during the president’s incoming year in office. The effect wasn’t nearly as pronounced during the other three years.

So far, that seems to be the case at the moment as the “Trump rally” appears to be a response to anticipated fiscal policy.

Of course, there is never complete certainty in the markets, especially with an unavoidably small sample size like 17 election cycles. Still, the results of my study provide compelling evidence that, particularly in the president’s first year in office, January’s returns appear to capture information that is valuable for anticipating returns for the remainder of the year.

While January’s full-month returns are not yet known, history strongly suggests that investors would be wise to closely monitor the S&P 500. If January 2017 remains positive for U.S. stocks, returns for the remainder of 2017 may very likely also be positive. The opposite can also be expected.

So for investors looking ahead in 2017, as January goes, perhaps so will the remainder of 2017.