Corporations, "dreading being the subject of a tweet," are recycling jobs announcements to please Donald Trump 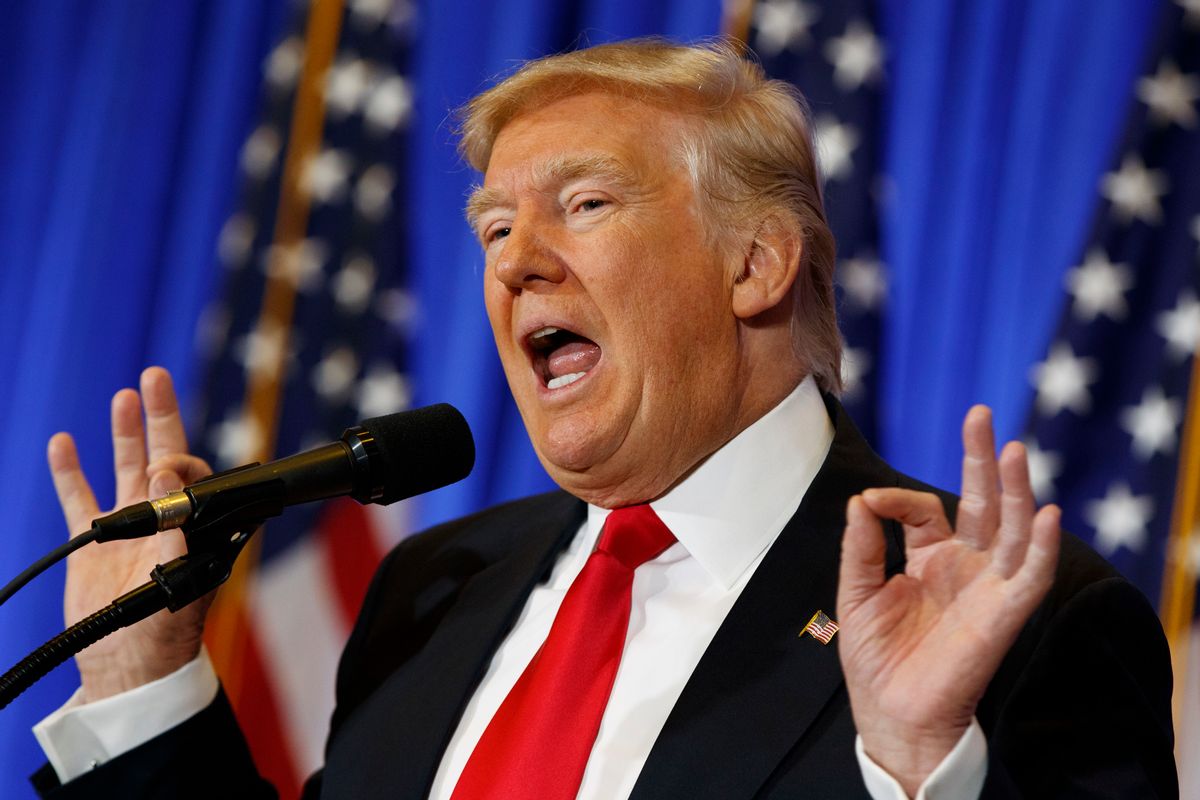 FILE - In this Jan. 11, 2017 file photo, President-elect Donald Trump speaks during a news conference in the lobby of Trump Tower in New York. Trump says his team will have a “full report on hacking within 90 days,” and is again dismissing as fake a document alleging Russia has damaging information about him. (AP Photo/Evan Vucci) (AP)
--

"Companies eager to avoid becoming the target of the next attack by President-elect Donald Trump are preemptively — or retroactively — announcing U.S. job creation plans," NBC found. "But peel back a layer and the promises come with some caveats. A company's plan to increase capital expenditures, which include jobs and facility improvements, are typically years in the making. Some of these 'announcements' are old news in a new hat."

Corporations repackaging U.S. job creating "announcements" include: GM, which promised 1,500 jobs; Wal-Mart, which promised 10,000; and Bayer, who says a proposed merger with Monsanto would keep 9,000 and add 3,000 domestic jobs.

"This is the normal course of business," Maryann Keller, an independent auto industry consultant, told Bloomberg. "All they're doing is announcing investments that they would have made anyway."

"Pretty much everybody is dreading being the subject of a tweet," Kristin Dziczek, a spokeswoman for the Center for Automotive Research, told The Guardian. "Getting hauled out into the court of public opinion with virtually no warning is not something anybody wants to get engaged with."

Corporations learned quickly how to appease Trump without actually enacting any real changes to their business practices. Early last month, details of his deal with Carrier revealed discrepancies between the number of U.S. jobs Trump promised to save and the actual number that Vice President-elect Mike Pence negotiated with parent company United Technologies to save in exchange for generous tax benefits.

For his part, the president-elect lashed out against NBC on his Twitter: