The big top is crumbling down: Final Ringling Bros. show at Nassau Coliseum sells out

Tickets are going for as much as $2,000 on the secondary market 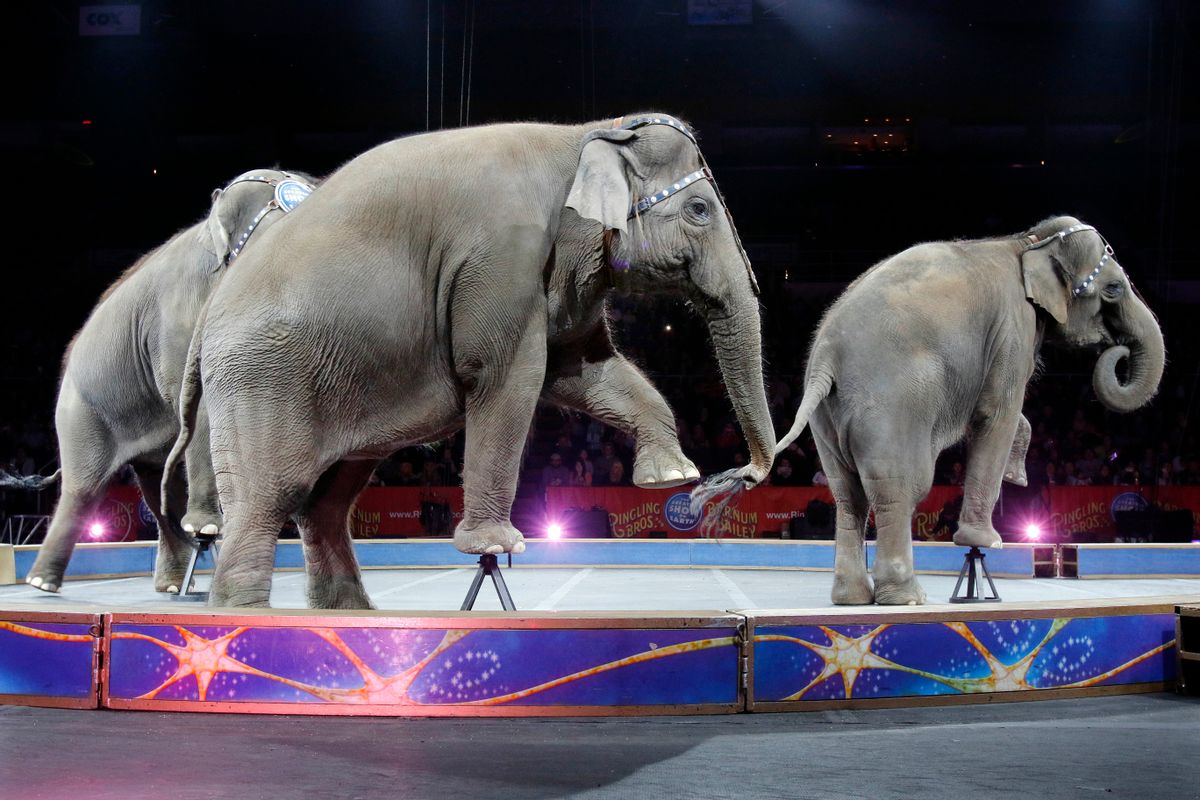 FILE - In this May 1, 2016 file photo, Asian elephants perform for the final time in the Ringling Bros. and Barnum & Bailey Circus in Providence, R.I. The Ringling Bros. and Barnum & Bailey Circus will end "The Greatest Show on Earth" in May 2017, following a 146-year run. Declining attendance combined with high operating costs, along with changing public tastes and prolonged battles with animal rights groups all contributed to its demise. () (AP Photo/Bill Sikes, File)
--

An announcement was made last week that the "Greatest Show on Earth" would be shutting down this spring after touring for nearly 150 years.

The circus will be at the arena in Uniondale for 16 performances from May 12-21.

From The Wires Ringling Bros.