Is Donald Trump a "legitimate" president? Yes and no — it depends what we mean by that

On strictly constitutional grounds, yeah, he won the election. But Trump's political legitimacy is highly dubious 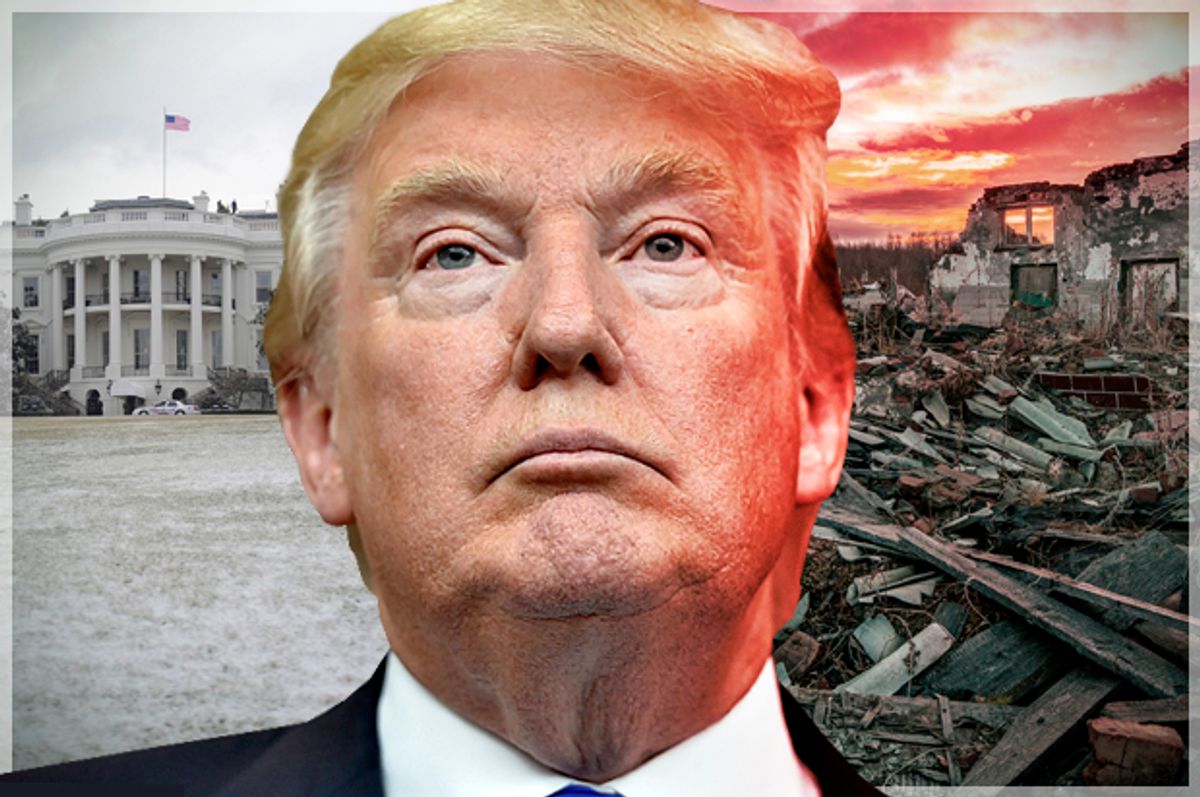 In calling Donald Trump an “illegitimate” president in an interview last Friday, Rep. John Lewis brought out into the open a debate that has been simmering among partisans and the angry hordes on social media since November’s election. Given the split between the popular vote and the Electoral College's tally, to say nothing of the campaign's contentiousness, the question of what we even mean when we engage in the “legitimate versus  illegitimate” debate concerning Trump’s election was bound to boil over at some point.

What makes this such a fraught debate, aside from the anger aroused in the election's winner’s supporters as a result of some calling him illegitimate, is the nebulous nature of the charge and the way it has been thrown at Trump’s predecessors. In President Barack Obama’s case, for instance, conservatives liked to toss around the “illegitimate” charge by claiming he was not born in America or that ACORN had stuffed the ballot boxes — or some other nutty conspiracy theory. Such accusations are what Orin Kerr has called “a broader rhetorical strategy of delegitimizing those on the other side that has found a lot of currency on the political right since Obama was elected.”

In short, labeling a president “illegitimate” has become a little like calling all the news you don’t like “fake news.” You may not like a particular story on CNN, but that does not make it phony. So to call Trump illegitimate and not sound like the mirror image of the right-wing echo chamber, liberals need to make the distinction between political and legal legitimacy.

In legal terms, as defined under our Constitution, Trump is about to become the legitimate president. He won the majority of votes in the Electoral College, at which point the ball game was over. We can yell all we want about some of the factors beyond the control of Hillary Clinton's campaign that went into Trump's snagging some of these states' votes. We can be angry about voter suppression laws that helped Trump win in some of those states that may still be judged unconstitutional by the Supreme Court in the near future, for example. Or we can complain that Clinton was hurt by misinformation allegedly injected into the public sphere by a Russian propaganda campaign that influenced people to pull the lever for Trump.

But in the strictest legal sense, none of that matters. Under the conditions on the ground on Nov. 8 — rules understood by all parties in advance — Trump won the election. There is no constitutional avenue for doing over of the vote, and no court is going to strike down the result and install Clinton into office — even if John Lewis’ reasons for calling Trump illegitimate stem directly from the alleged Russian disinformation campaign.

In terms of his political legitimacy, however, Trump is on shakier ground — partly because this is a vaguer concept, but mostly because a president’s perceived legitimacy stems from a couple of different sources.

For one, political legitimacy comes from opposing lawmakers recognizing it and from that same group's treating this recognition as one of the unwritten political norms that has long kept our democracy functioning. Republicans in particular have tossed this norm right out the window over the last eight years by adopting a scorched-earth tactic of opposition to President Obama at every turn. They winked at and even encouraged the increasing hostility and nihilism of the Republican base and adopted those attitudes in their roles as legislators. In the final act of violence toward governing norms, they let the country’s most well-known proponent of birtherism, the ultimate in racist delegitimization of Obama, take over their party and helped his election as president.

Trump’s political legitimacy is also at issue due to his enormous deficit in the popular vote. Even if that vote does not count in terms of deciding the winner, the wide gap between its results and those of the Electoral College should make clear — and would do so, were Trump not a malignant narcissist — that our incoming government represents a minority of Americans and is therefore contrary to the spirit of democracy we are being asked to celebrate next weekend during Trump's inauguration.

As long as Trump and his party refuse to recognize this glaring aspect of his victory, as long as they try to erase it from the election’s narrative by calling Trump’s victory a historic landslide or ascribing Clinton’s popular vote margin entirely to alleged fraudulent voting by illegal immigrants, partisans on the left have no reason to work with the GOP on any legislative initiatives. They have no reason to give Trump's presidency the political legitimacy he craves, and which Republicans denied Obama for eight years, despite his obvious and overwhelming victories in both the popular and electoral votes in two successive elections.

The GOP at large will not care about this question of legitimacy. (The last Republican president, let's remember, was also elected under dubious circumstances, after losing the popular vote.) But Trump and his fragile ego will care about it very much. Which makes it a powerful weapon in fighting him and his hard-right agenda for the next four years.