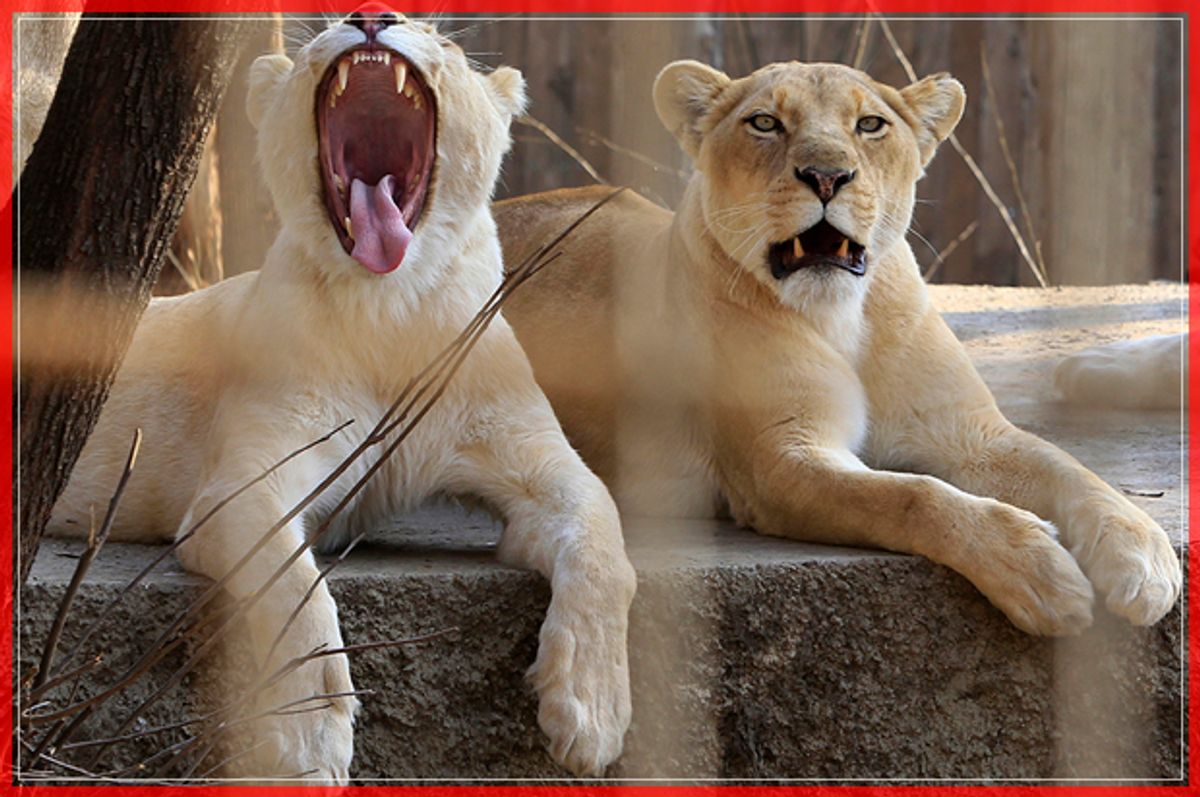 If the whole "environmental awareness makeup artist" gig doesn't work out, there are at least no noticeable global shortages of productions of "Cats." Lions sleep an average of 20 hours a day—while lionesses take care of the cubs and the hunting and sleep about 15 hours a day. Disregarding the gender imbalance for a second, think about that next time you try to snooze and steal 9 extra minutes to your 7-hour sleep. I chose this photo thinking I would write something about the difficult job of the wig wrangler assigned to the Donald Trump sculpture in a wax museum. Then I remembered that we have an inauguration in two days that is in no way funny or frivolous. This wax sculpture will be labeled "United States President." The blessing of pets is central to the Feast of St. Anthony, celebrating Spain's patron saint of animals. This woman brought her tiny dogs to receive a sprinkling of holy water. Presumably then it's off to confession, in order to seek forgiveness for sins committed against the legs of unsuspecting house guests.