Despite his rhetoric, Obama leaves behind an overheated racial climate. Can black conservatives heal the divide? 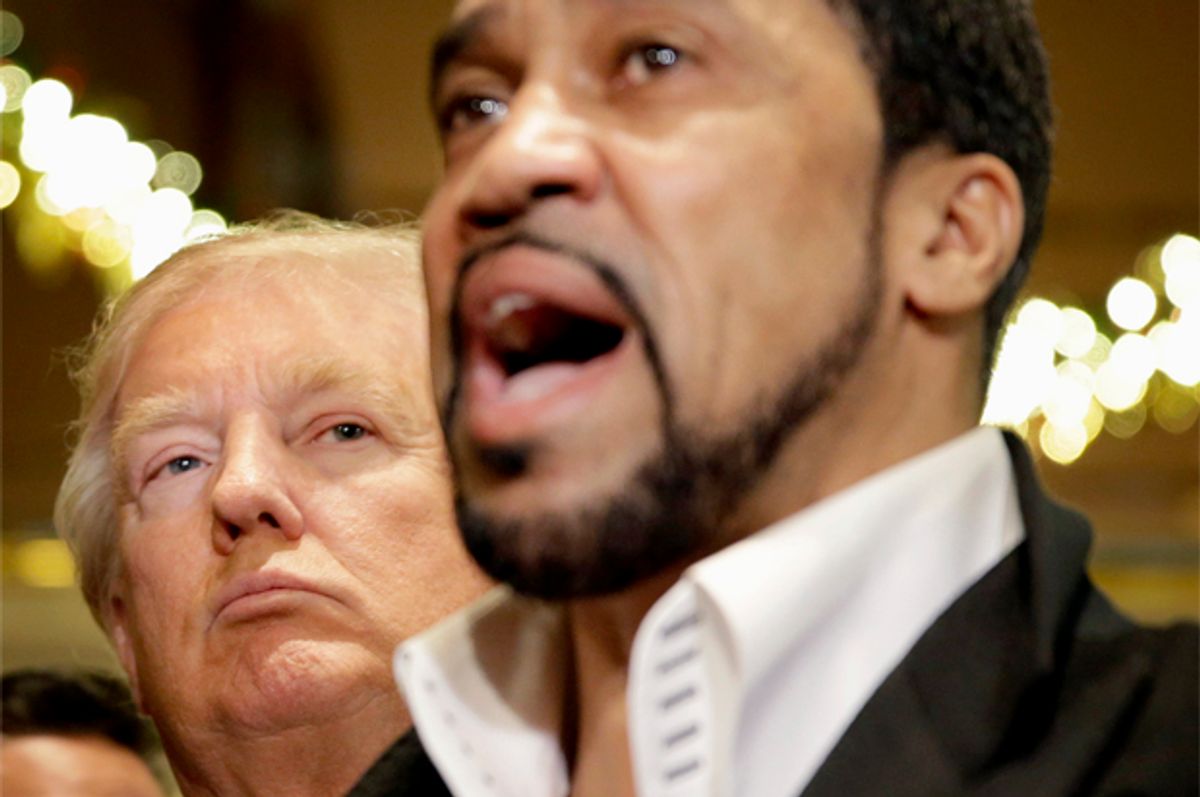 During his farewell speech last week in Chicago, President Obama said that “race relations are better than they were 10, or 20, or 30 years ago, no matter what some folks say. You can see it not just in statistics, you see it in the attitudes of young Americans across the political spectrum.”

While Obama’s electoral victories themselves were an important chapter in the advancement of race relations in America, especially poignant during the week that we celebrate the legacy of Martin Luther King Jr., it’s worth noting that the president’s assessment doesn’t match polling evidence from Gallup that shows a steep erosion of race relations in America, worse than at any point under George W. Bush, beginning with the emergence of the Black Lives Matter movement. This erosion was felt by both black and white Americans.

Many Donald Trump voters appear to be reacting to the perceived spread of political correctness and the posturing of Black Lives Matter protesters, whose "Hands Up Don't Shoot" meme was deeply misleading — according to President Obama's Justice Department and even liberal columnist Jonathan Capehart. To quote Lena Epstein, a 35-year-old, Harvard-educated Jewish businesswoman who was co-chair of Trump's Michigan campaign, Trump voters were "sick and tired of being sick and tired." Whether Epstein knew it or not, she was using a line previously made famous by African-American civil rights leader Fannie Lou Hamer.

Trump’s extreme rhetoric throughout his campaign — condoning violence at his rallies, calling for a ban on Muslims entering the U.S., questioning the capabilities of a Latino judge and so on — can be viewed, from his supporters' perspective, as a mirror image of the racially tinged extremism of some Black Lives Matter activists. It was the yin to the yang of President Obama’s superficial assessment of the tragic death of Trayvon Martin that “if I had a son he would have looked like me.”

This line, and other Obama administration actions, did not tangibly advance the lives of African-Americans. In my view, it advanced divisive identity politics instead. Sadly, President Obama chose to support policies like the Dodd-Frank Act, which accelerated the demise of black-owned banks. He pushed for an increase in the minimum wage, despite the racist origins of the minimum wage, which was originally intended to disproportionately harm minority workers and disproportionately benefit wealthier, whiter workers. President Obama's Justice Department sued to block vouchers for families desperate to escape failing public schools in Louisiana and resulted in the dashing the educational dreams of minority children.

Both “sides” in the conflict surrounding Black Lives Matter are calling for quick and easy answers — either extreme policing or not enough policing. Both fixes are what my Harvard Kennedy School leadership professor Ronald Heifetz has called “technical fixes for adaptive challenges.” Rather than addressing deeper issues related to the depressingly high premature mortality rate of African-Americans, both sides are fixating on the police. Conservatives would argue that cops are merely treating the symptoms of cultural and policy erosions created by white liberals, such as President Lyndon B. Johnson’s inaccurately named “Great Society” programs.

As African-American writer Jason Riley has pointed out in his book "Please Stop Helping Us: How Liberals Make It Harder for Blacks to Succeed," increased policing and more severe sentencing came at the desperate plea of black leaders, including members of the Congressional Black Caucus, fed up by the neglect of their communities. Despite the overwhelmingly white mainstream media’s anti-police hysteria, black and brown communities tend to favor broken-windows policing. White liberals' attacking of the police is like blaming blood-thinning medication for the side effects of treating high cholesterol created by enforced lifestyle choices. These lifestyle choices usually occur for a host of reasons, largely self-selected, rational responses to economic incentives created by white liberals like LBJ.

For example, Black Lives Matters protesters routinely cite economic factors for the high rates of criminal conviction and incarceration among young black men; yet Riley also reported that the violent crime rate was much lower among these men during the days of the Great Depression, when per capita income across all races was vastly lower. Riley and other conservative critics often point out that the collapse of the black family is a far greater variable that negatively affect blsack lives.

Research by Harvard’s Raj Chetty reported the breakdown of the nuclear family as the strongest impediment to social mobility. His recent findings echo those of social scientist and former Democratic senator Daniel Patrick Moynihan more than 50 years ago. (Moynihan himself was a child of poverty, raised in the rough-and-tumble Irish-American ghetto of New York's Hell's Kitchen.)

While white liberals did not heed the calls of Moynihan or black conservatives, white conservatives have largely ignored black voters, ever since after GOP presidential nominee Barry Goldwater opposed the Civil Rights Act of 1964.

Black Lives Matter began after a series of shocking shooting deaths of unarmed black men by police captured the imagination of the mainstream press. These journalists, overwhelmingly white liberals, fanned the flames of conflict by focusing attention on these tragic cases that, in truth, represent an aberration, not only from the way most police behave but also from the most important causes of black deaths. The media chose to create a narrative that didn't comport with the reality that black suspects are no more likely than those of other races to be killed by cops. Black Lives Matter protests, which sometimes tipped over into rioting, ignored the vastly more significant factors endangering black lives in America.

Yes, racism is a real and present factor in American life. Too often white Republicans don’t recognize this or fail to develop what writer Ta Nehisi-Coates calls “a muscular empathy” for our fellow citizens suffering in black communities. Yet there are far too many counter examples to believe that black Americans cannot live the American Dream in full. There are far too many support systems — civic, cultural, educational and faith-based — that exist to help motivated people of all races rise above their circumstances. Scientific evidence suggests that people can create their own luck; the reverse is true, too. If you see oppression and racism everywhere, this will affect your cognitive processes and ultimately your life’s trajectory.

“Understanding that our goal is to thrive despite racism is, in fact, the central ideological plank of people deemed black conservatives,” wrote the editors of the Black Conservative. Under Trump's presidency, the downtrodden black conservative movement may finally have its chance to bring our country toward a place of healing and to address the deeper causes of the social ills highlighted by Black Lives Matter. The question is whether Republican leadership will give black conservatives the prominence they need to become the cultural antibodies, as poverty warrior Bob Woodson, an adviser to House Speaker Paul Ryan, outlined in our work with OpportunityLives.com, to turn the tide of dystopia.

America might perhaps have chosen a more traditional Republican if Obama had been a more traditional Democrat. President Obama clearly was stunned by Trump’s victory. But as president, Obama never lived up to the soaring, inspiring rhetoric of his 2004 convention speech about overcoming the divide between blue and red. As I see it, Obama did not govern America through a purple lens. He was a blue stater to the core and aggressively sought to move the country to the left instead of center left, in the Bill Clinton vein.

“All the great teachings reveal the way of the center, the way of balance,” writes Michael Singer, guru of media mogul Oprah Winfrey (a Black Lives Matter skeptic), in his best-seller "The Untethered Soul." “Constantly look to see if that’s where you are living or if you are lost in the extremes. The extremes create their opposites; the wise avoid them. Find the balance in the center and you will live in harmony.”

Despite his sometimes irrational rhetoric, Trump has spent his business career donating to Democratic candidates and is the most socially liberal Republican president in recent history. His life prepared him to govern more from the center than President Obama’s pre-White House choices. The question now is whether Trump can see beyond the limits of his own ego and find his balance point.