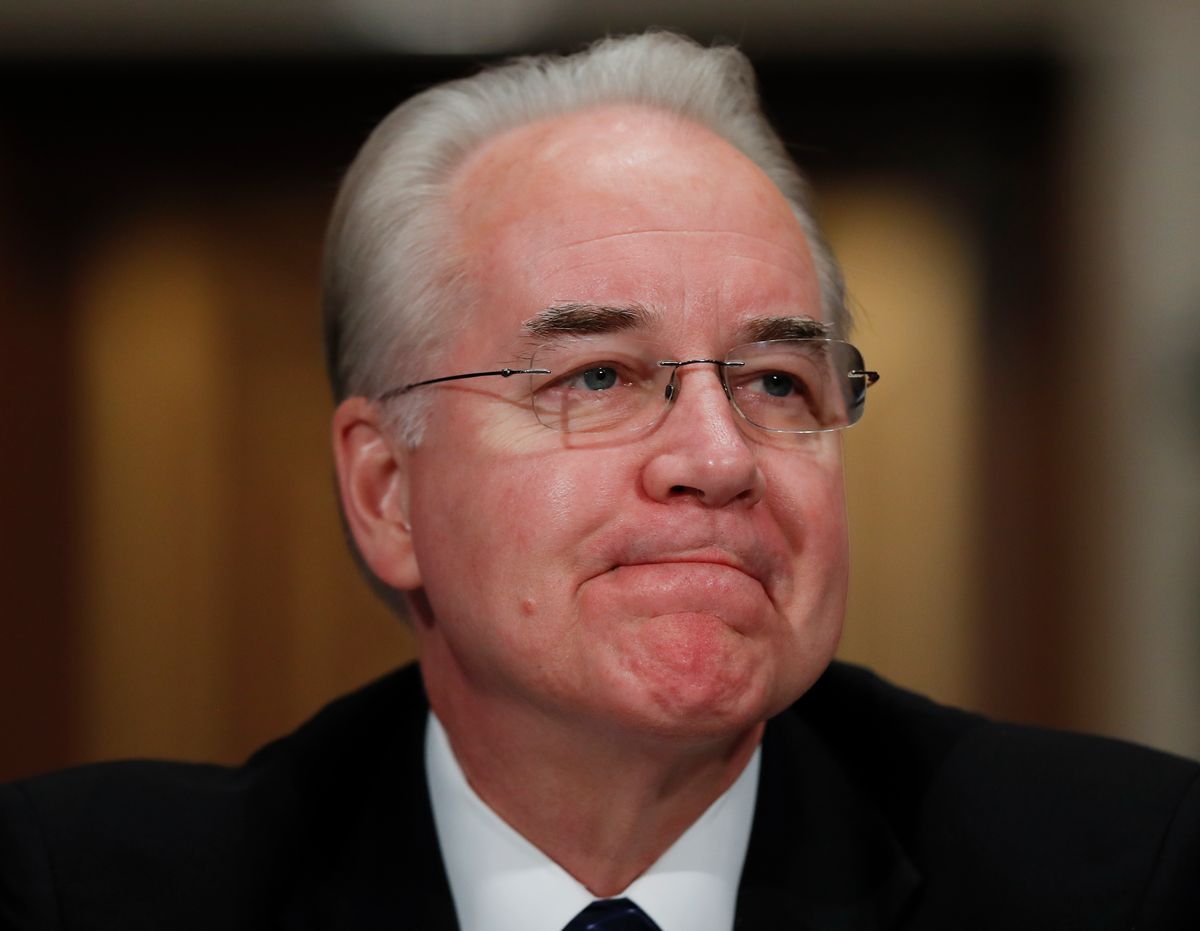 Rep. Tom Price of Georgia, President-elect Donald Trump’s pick for secretary of Health and Human Services, sat before the Senate Committee on Health, Education, Labor, and Pensions on Wednesday for the first hearing about his nomination. There wasn’t a great deal riding on today’s hearing, as the Senate committee won’t actually vote on his nomination. But it was our first opportunity to see what violence Price and the incoming Trump administration have in store for the Affordable Care Act and what their (still mysterious) replacement plan might look like.

Those are important questions, given that no one — least of all the president-elect — seems to have a concrete explanation about what will happen after the inauguration. Republicans in Congress can’t agree on what to do about repeal, and the ongoing uncertainty over the replacing of the ACA is being made still more perplexing by Trump himself, who can’t seem to string together a coherent thought on the subject and is leaving pretty much everyone baffled.

What we saw from Price’s hearing today was a quick preview of how an Obamacare replacement will be sold to the public — by sowing still more confusion over what Republicans truly want to accomplish with health care policy.

The Affordable Care Act wants you to be covered. To that end, it mandates that you have coverage. Because the ACA mandates you to have coverage, the law also makes it easier for you to obtain it. Obamacare expanded Medicaid to cover lower-income people, established state marketplaces for purchasing insurance and provided subsidies to help cover the costs of premiums. It prohibits insurance companies from denying you coverage based on a pre-existing condition. The policy goal was clear: providing as many people as possible insurance that helps them pay for medical procedures. Obviously it's not the perfect means to that end, but the law has made historic progress in that direction.

What Price wants is something very different. He wants people to have access to coverage, not guaranteed coverage. This distinction matters because the Republican vision for health care substantially weakens the protections put in place by the ACA and opens up avenues for denying coverage. But Price and his colleagues are slippery in describing their intentions and consistently try to pass off access as a replacement for coverage.

To get a sense of what I’m talking about, look at this exchange between the committee's ranking Democratic member Sen. Patty Murray and Price:

Price: I think it’s absolutely imperative that we have a system in place that has patients at the center and allows for every single American to have the opportunity to gain access to the kind of coverage they want.

Murray: So you share his goal for insurance for everybody?

Price: It’s been always my stated goal; it’s what we’ve worked on throughout my entire public career.

Price said two things in that exchange — that he wants people to have “the opportunity to gain access” to insurance, and that he wants everyone to have insurance. They’re not the same thing, but he mashed them together to make it seem as if they were.

This came up again and again as Democrats questioned Price and drew out that distinction, making it clear that Republicans are not planning to live up to their promise of making sure that everyone who gained coverage under the ACA will retain it. Sen. Bernie Sanders, I-Vt., then pressed Price on whether he believed we should move toward a society where “all people have the right to get health care.”

Price said he wanted to make sure that “every single American has access to the highest quality care and coverage that is possible.”

Sanders shot back: “‘Access to’ does not mean that they are guaranteed health care. I have access to buying a $10 million home; I don’t have the money to do that.”

Later in the hearing, Sen. Chris Murphy, D-Conn., asked Price how he would gauge the future success of an Obamacare replacement plan and whether an increase in “the number of people who have insurance” is a metric he would use.

“Absolutely,” Price said. “I think, as policymakers, it is incumbent upon us to say, ‘What can we do to increase that coverage?' The goal is to make sure that every single American has that access to coverage that they want for themselves and for their families.”

Murphy had to point out that Price was conflating two distinct policy outcomes: “I’ll just note that those are two different things, having coverage and having access to coverage, and I think we’ve gone around on that a number of times.”

This is how an Obamacare “replacement” plan will be sold. Republicans will insist up and down that they’re going to preserve and improve upon the progress made by the Affordable Care Act while confusing the ACA’s goals with their own less comprehensive vision for health care reform.