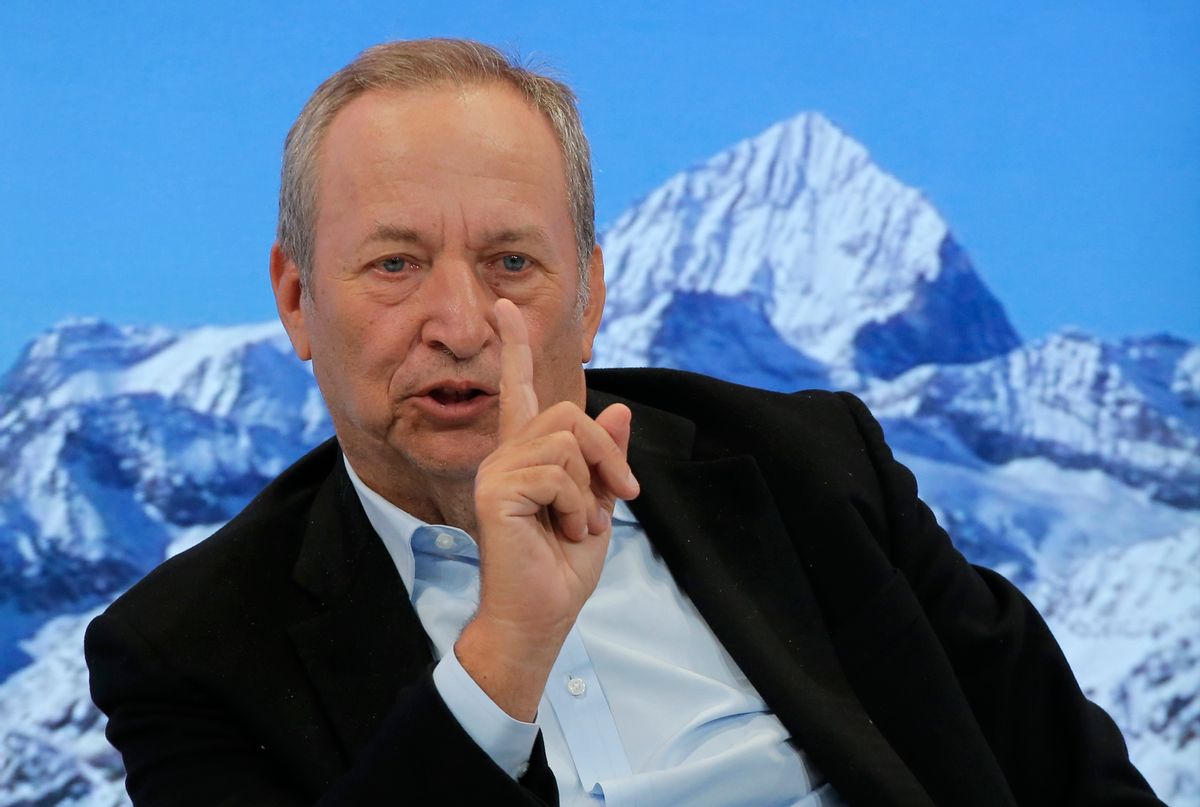 U.S. economist Larry Summers speaks during a panel on the second day of the annual meeting of the World Economic Forum in Davos, Switzerland, Wednesday, Jan. 18, 2017. (AP Photo/Michel Euler) (AP)
--

DAVOS, Switzerland — Lawrence Summers, the former U.S. Treasury Secretary, has warned that Donald Trump's threats to firms using Mexico as a manufacturing base will be counterproductive and could lead to the loss of hundreds of thousands of American jobs.

Summers told a panel at the World Economic Forum on Wednesday that the president-elect's "rhetoric and announced policies" over Mexico have led to a big fall in the value of the Mexican peso against the dollar.

That, he said, is a "dagger at Ohio," as it will make it even more attractive for firms to move to Mexico.

The lesson of history, he added, is that "classic populism is invariably counterproductive for those in whose name it is offered as a policy regime."

Ahead of his inauguration as president Friday, Trump has sought to get the auto industry to build more cars in the U.S., in line with his campaign promises. Some, like Ford and General Motors, have announced U.S. investments.