With revenues down, Ringling Bros. and Barnum & Bailey circus folds its tent for good after 146 years 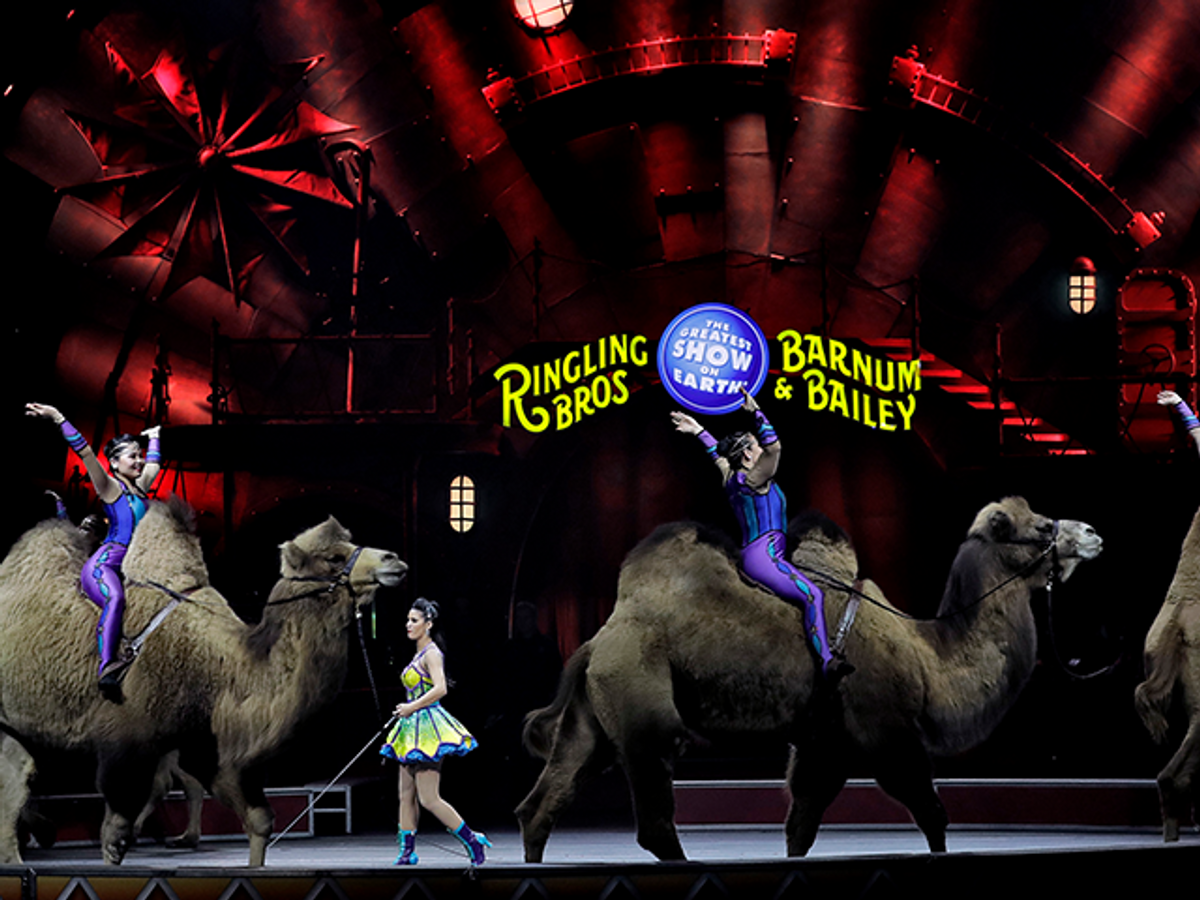 When I got an email in October 2016 from the Ringling Brothers and Barnum & Bailey circus asking for my help in stopping "Intro 1233," a bill that would ban circuses with animals from performing in New York City, I knew the end was nigh for circuses.

"Animal rights extremists are pushing legislation . . . to end Ringling Bros.' 146 year old tradition," they wrote. Sponsored by New York City Council District 2 member Rosie Mendez, Intro 1233 is a local Law to "amend the administrative code of the city of New York, in relation to prohibiting the display of wild or exotic animals for public entertainment or amusement," as noted on the Council's legislative agenda. And now, after last weekend's announcement that Ringling Bros. would indeed be ending its 146-year run, it is clear the show would not go on, and the big top will go up no more. Not in New York, and not anywhere. The circus is leaving town for good.

Earlier in American entertainment history, circuses were big business: Affordable even for the working classes, they represented an escape from daily life not found elsewhere. The chance was in reach to see unusual acts, strange people (also called "freaks"), and exotic animals like the elephants. But the elephants, glorious, loyal and intelligent beasts were both Ringling Bros.' signature and their downfall, after animal rights advocates called for the organization to retire the great pachyderms under accusation of abuses for years. Footage widely available on the internet shows elephants and other animals repeatedly being beaten and prodded with "bullhooks" (a heavy bar with a sharpened point and hook) to make them obey became a mainstay of abuse allegations, and eventually, ticket sales dropped and the circus became for many families a sad place of ill repute.

Ringling Bros., which is one of a few remaining traveling American circuses — and certainly the largest one — last year said it would phase out its elephant acts and send the animals to humane preserves they funded, but now says they cannot afford to continue the show. "I have made the difficult business decision that Ringling Bros. and Barnum & Bailey will hold its final performances in May of this year," CEO Kenneth Feld said last week. The circus as a business in this day and age is now "unsustainable," and without the elephants, which stopped performing last year, "we saw an even more dramatic drop" in ticket sales, Feld said.

Now, there is a worldwide movement to end the use of wild animals in traveling shows, spearheaded by animal rights organization Animal Defenders International (ADI). The group, as supported by the falling ticket sales, said modern audiences "now have many entertainment options and do not want to see shows where animals are made to suffer for a few minutes of entertainment." In other words, our collective conscience has been raised enough to sublimate one of many long-standing entertainment styles that rely upon trained and often tortured animals.

Jan Creamer, ADI president, said: “After decades of exposing the suffering of animals in circuses behind the scenes, we are pleased to hear that Ringling has finally bowed to public opinion — it was a mistake for them not to see the trend away from animal shows to human-only performances over a decade ago. Circuses can survive without the animal performances.”

To date, 66 cities and counties in 27 U.S. states have taken action to restrict wild animals from traveling circuses. Elsewhere around the world, there are a myriad of local ordinances across Europe, Latin American and beyond, with over 200 in the United Kingdom alone. Beyond that, there are national restrictions on performing animals in traveling circuses in 34 countries, including Austria, Belgium, Bolivia, Bosnia, Colombia, Costa Rica, Croatia, Finland, Greece, Hungary, India, Israel, Malta, Mexico, Norway, Panama, Paraguay, Peru and many more.

Other animal rights organizations like PETA and the Humane Society of the United States were frequent critics of Ringling Bros., which admitted no wrongdoing. Still in 2011, its owner Feld Family Entertainment agreed to pay a fine of $270,000 to the U.S. Department of Agriculture for alleged violations of the Animal Welfare Act. In a statement last Sunday, Humane Society president and CEO Wayne Pacelle said, "It's just not acceptable any longer to cart wild animals from city to city and have them perform silly yet coercive stunts." He praised the Feld family for knowing when to fold up their tent. "I know this is bittersweet for the Feld family, but I applaud their decision to move away from an institution grounded on inherently inhumane wild animal acts," Pacelle said.

ADI also released a statement, and generally seeks to educate consumers about the unpleasant and hidden truths of animal entertainment. "It is a myth that wild animals are trained with kindness and reward," they wrote. "The tools of the trade include stun guns and other electric prods, metal bars, whips, bullhooks, deprivation of food and water, and intimidation."

The animals are often stressed by the cage conditions, and have lashed out and killed or maimed many workers during transit.

Additionally, a small percentage of circus elephants (12 percent of Asian and 2 percent of African) in North America have tuberculosis, a disease that can be caught from the animals and may result in fatalities to humans.

"Circuses must change with the times," ADI wrote. "Human-only circuses are thriving. Cirque du Soleil now has 19 shows in 271 cities, generating an estimated $810 million a year."

As to potential lost jobs of animal circus workers, ADI maintains that retraining can occur and other roles can be taken on within an organization that does not utilize animals. The full cast of Ringling Bros. ranges between 250 and 300 people."Surveys have shown that a decline in animal circuses can be matched by a rise in circuses with human performers," the company noted.