The network confirmed its commitment to 10 new episodes, but will the late '90s hit be updated to fit our times? 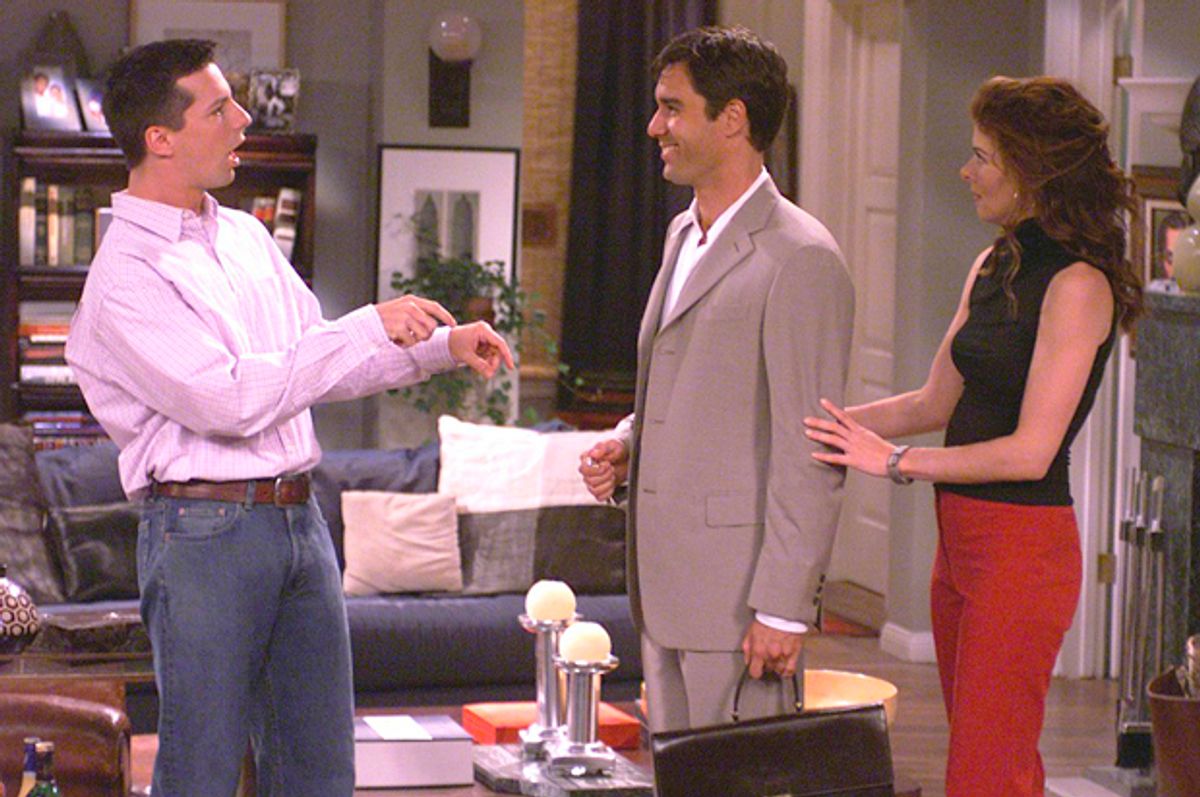 Anytime the star of a long-gone sitcom responds to reunion rumors with “never say never!” odds are the old band is getting back together. This was Debra Messing’s response to The Hollywood Reporter following the release of a “Will & Grace”-themed election season video. Said short went viral and currently has more than 6.8 million views — enough to inspire NBC to officially greenlight a “Will & Grace” revival.

“We’re thrilled that one of the smartest, funniest, and most defining comedies in NBC history is coming back,” said NBC's entertainment chairman, Robert Greenblatt, in an official press release. “This groundbreaking series for everything from gay rights to social and political commentary — all disguised as a high-speed train of witty pop culture — is coming back where it belongs.”

“What an original and refreshing idea!” said nobody in the room in response to the network’s commitment to 10 new episodes, reuniting audiences with Will (Eric McCormack), Grace (Debra Messing), Jack (Sean Hayes) and Karen (Megan Mullally).

Then again, NBC’s excitement to bring back the late-'90s sitcom is understandable. Although the network has a few beloved comedies in its lineup right now, the larger audience hasn’t exactly flocked to “The Good Place” or “Superstore.” Returning one of its name-brand “Must-See TV” classics to its lineup could bring more attention to the network’s other half-hour shows. Or it could prove the fears that its portrayals of LGBTQ characters are outdated in a TV season that features queer characters in an assortment of central roles.

“We started talking with Mutchnick and Kohan about producing new episodes right after they shot the secret reunion show back in September, and the fact that all four of the original stars were excited about getting back into production is a testament to the joyful experience they had doing nearly 200 episodes for eight seasons,” said president of NBC Entertainment, Jennifer Salke. “Few things cut through the clutter these days, especially in comedy, and ‘Will & Grace’ is one of the best.”

A mainstay of NBC’s Thursday night comedy lineup from 1998 to 2006, “Will & Grace” did indeed help blaze a trail for television writers to include varied and more complex LGBTQ characters on comedies and dramas alike. But it did that by nature of its existence, not necessarily by example. McCormack’s Will was probably the most chaste, sexless man on television — gay or hetero — while the series was in production, and Hayes’ Jack is a flesh-and-blood cartoon.

Yet television owes a debt to “Will & Grace,” which paved the way for writers to include queer characters in central roles. Fox’s “Empire,” ABC’s “Scandal,” “American Housewife” and “Modern Family,” CBS’s upcoming legal drama “Doubt,” The CW’s “The 100” — these are but a handful of current broadcast series featuring well-rounded, thoughtfully written LGBTQ characters.

Cable and streaming services have provided even deeper explorations in series running the gamut in terms of subject matter, from Syfy’s “Incorporated” to Netflix’s “Orange Is the New Black” and Amazon’s “Transparent”.

Series creators Max Mutchnick and David Kohan will return to serve as showrunners and executive producers on the resurrected comedy, as will James Burrows, who directed every episode. Surely they’ve monitored the revolution their comedy kicked off. Hopefully they’ll also be mindful that the personalities of Will, Jack, Grace and Karen shouldn’t emerge from the cancellation cryogenic chamber utterly unchanged.

Mutchnick alluded to this in the release, saying, “Dave and I are absolutely thrilled about the opportunity to write what Will, Grace, Jack and Karen are thinking about in 2017.”

For now we must wait and see.

Lgbt Nbc Tv Will And Grace