How to win friends: Donald Trump should target key members of Congress 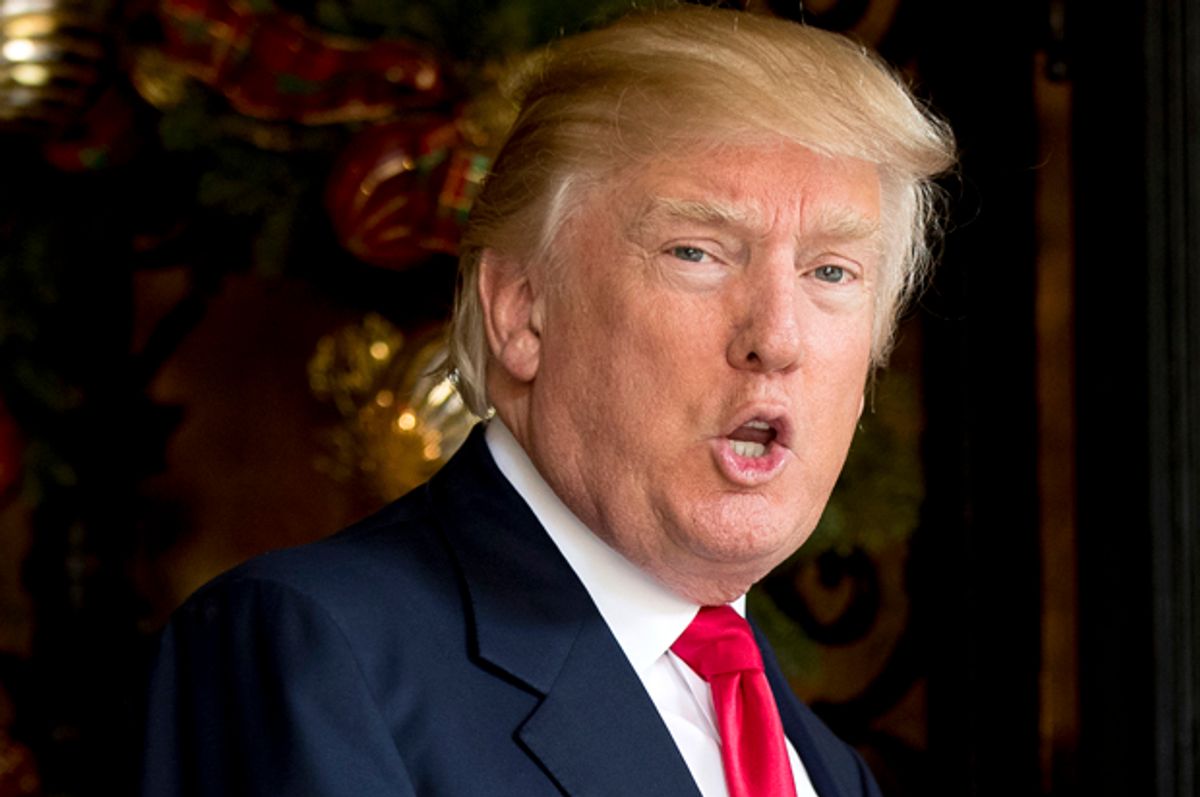 Will a Republican Congress grant President Donald Trump a path to easily confirming his nominees and turning his campaign promises into law? Not necessarily.

The history of congressional-presidential relations suggests that Trump may have difficulty enacting his ambitious agenda into law.

Unified government does not always mean smooth sailing for presidents. And during divided governments, Congress and the president have often worked together to pass major legislation.

In 2009, Democrats enjoyed larger majorities in both the House and the Senate than Republicans do now. As a result, President Barack Obama was one of the most successful legislative presidents in modern history. Yet, only one of the president’s top three legislative priorities became law – health care reform. The other two – immigration reform and cap-and-trade carbon control – failed.

After studying congressional voting behavior from 1981 to 2015, I found that three factors predict who these members will be during unified government: the president’s popularity among their constituents, whether their own seat in office is safe or vulnerable and whether they are ideologically moderate.

To win over these critical members, Trump will have to pursue different strategies in each chamber. His main task in the House is to minimize Republican defections. In the Senate, he must attract at least eight Democratic votes in order to invoke cloture, which stops filibusters by ending debate and forcing the Senate to vote.

Here are a number of ways that Trump could build legislative coalitions.

Building coalitions in the House

There are three likely scenarios in the House.

First, Trump could build big majorities by keeping House Republicans united in support of his proposals and attracting the votes of moderate Democrats, and Democrats who represent constituencies where he is strong. This is somewhat unlikely since only 12 House Democrats represent districts where Trump defeated Hillary Clinton.

The third House scenario would require at least 24 House Republicans to vote against Trump’s proposals, assuming all House Democrats vote against them as well. This would mean the proposals would fail. Conservative Republicans with ideological concerns about Trump’s agenda, such as Dave Brat of Virginia and his 30-something colleagues in the House Freedom Caucus, might join with Republicans from districts where Trump is weak to defeat his proposals.

Trump’s agenda in the House

Which House scenarios prevail will depend on the scope of Trump’s proposals on various issues. The current Republican plan to build more fence or wall on the Mexican border would likely pass along party lines. Repealing the Affordable Care Act and reforming the tax code will likely have the support of nearly all House Republicans, and might win votes from some vulnerable House Democrats like Collin Peterson of Minnesota who represent districts where Trump is strong.

An infrastructure bill could pass in a similar fashion if it consists mostly of tax cuts for private business. If it contains large amounts of federal spending, a number of conservative Republicans will likely vote against it. Such defections could be offset if House Democrats vote with Trump on this issue, as Minority Leader Nancy Pelosi recently signaled she is open to.

Any effort to renegotiate trade deals may play out much the same way. House Speaker Paul Ryan’s willingness to break the “Hastert Rule,” which requires a majority of the majority to support a bill before it can come to the floor, may come into play if enough House Republicans oppose Trump’s proposals.

But even if all five of Trump’s major agenda items pass in the House, they must still clear the Senate.

Where bills go to die

Former Sen. Alan Simpson put it succinctly: “the House [is] usually pissed off at the Senate. That’s the way it works.”

At the end of Obama’s historically successful, but still frustrating, work with a Democratic Congress in 2009, Pelosi promised the vulnerable members of her caucus that they would not have to take any more hard votes in 2010 unless the Senate acted. It didn’t.

The Senate is notoriously difficult for presidents to work with, and Trump’s prospects in the Senate are better for nominations than they are for bills. In 2013, Senate Democrats triggered the “nuclear option” on all non-Supreme Court nominations. That means that Trump’s cabinet nominees will need only a simple majority, 50 votes, to be confirmed. While some nominees may fail due to personal scandals or a handful of reticent Republican senators, the vast majority will likely be confirmed.

Supreme Court nominations and major bills are another story. Thanks to the filibuster, Trump will need 60 votes to confirm a Supreme Court nominee and pass major bills into law. Gutting the Affordable Care Act, however, will be relatively easy for the Senate. Republican senators plan to use the budget reconciliation process to repeal it, much like Democrats used the budget reconciliation process to pass it.

On other matters, President Trump and Senate Republicans will need at least eight Democratic votes in order to overcome filibusters on controversial bills such as building a wall on the Mexican border or reforming the tax code. The president will be in a relatively good position to win these votes. Ten Senate Democrats who are up for reelection in 2018 represent states that Trump won in 2016 and may be more likely to back proposals that are popular with the public.

The fate of Trump’s legislative agenda and Supreme Court nominations depends upon his ability to win these senators’ support.