Donald Trump hasn't been out much since winning the election, and he's been in a bubble

The press are not allowed in Trump's D.C. hotel, where he awaits his inauguration and his move to the White House 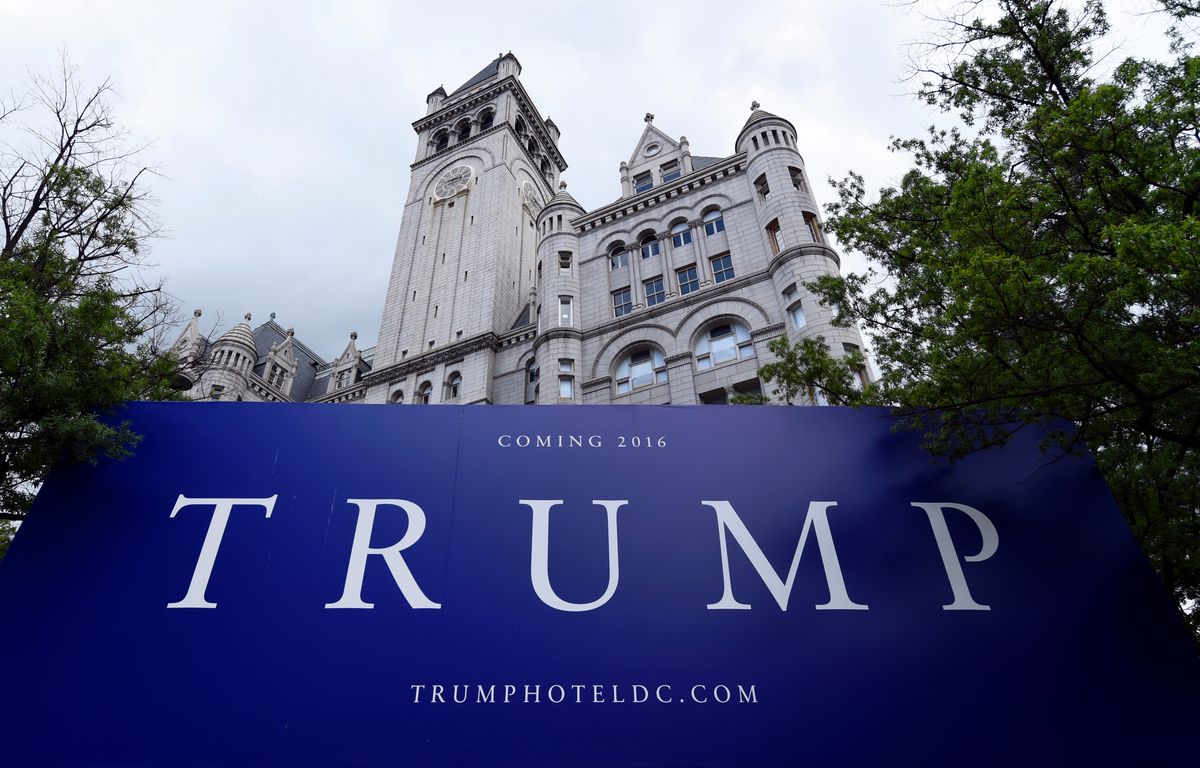 The New Trump hotel in Washington, Wednesday, July 8, 2015. Celebrity chef Jose Andres is backing out of a plan to open a flagship restaurant in Donald Trump's new hotel under construction in Washington. (AP Photo/Susan Walsh) (AP)
--

The Washington Post put out a profile on Donald Trump this week that provided a behind-the-scenes look at the embattled president-elect whose tumultuous transition is finally coming to an end. The Post's headline described Trump's wait in his New York sky rise as "accessible yet isolated."

But since he relocated to the Trump International Hotel in Washington, D.C. on Wednesday in preparation for his move to the White House, Trump's access has become more restricted, as the hotel banned the media from entering its premises during inauguration week.

A Politico reporter tried to enter the hotel for a previously scheduled breakfast meeting on Wednesday, but was not allowed entry after he identified himself as a journalist. The hotel's director of sales and marketing wrote in a subsequent email, "Media is not allowed in this week in respect of the privacy of our guests."

The hotel's decision to ban media from entering the property invites further questions about the incoming administration's relationship with the press. Trump has only held one press conference since his electoral victory and, as Politico's Daniel Lippman noted, "Trump has resisted forming a protective pool around him, instead opting for a 'semi-protective pool' that afford the media less access than previous presidents allowed."

While Trump's accessibility with the press may be waning, Trump has reportedly made himself available for long-time friends and allies. In The Washington Post profile, Trump is seen as a paranoid recluse who engages with very few people:

"He spends most of his days in Trump Tower, with few close friends and few meaningful one-on-one interactions beyond the family members, advisers and loyalists who are whisked by gold-colored elevator to his 26th-floor office for private audiences. Trump rarely leaves, not even for a breath of fresh air; nor does he encounter many people he does not already know or who do not work for him."

The same profile reported that Trump is always reachable through his personal cellphone, despite his staff's efforts to suppress his mobile usage. Sen. Bob Corker of Tennessee said that he simply calls Trump's cellphone directly when he wishes to speak with him, and the president-elect answers, even though Corker's number comes up as "No Caller ID."

"I've never seen anything relative to access like this. Unbelievable," Corker told reporters. "I don't think there's likely been a White House like this, maybe ever, but certainly in modern history."

But the president-elect's presence among the American people has been limited this transition. Instead of visiting a military base or soup kitchen over Thanksgiving and Christmas, Trump celebrated the holidays in private with his family. Trump has eaten out only a few times since the election, twice at New York City's 21 Club, and once at a restaurant in one of his hotels.

"A lot of what you see by previous presidents are platitudes: 'I'm going to go and pretend I'm supportive of a particular entity and serve food at a soup kitchen,' " Trump's former campaign manager Corey Lewnadowski said. "Donald Trump wants to bring jobs back so we don't have soup kitchens. He has not been a person to do staged events for the sake of doing staged events."