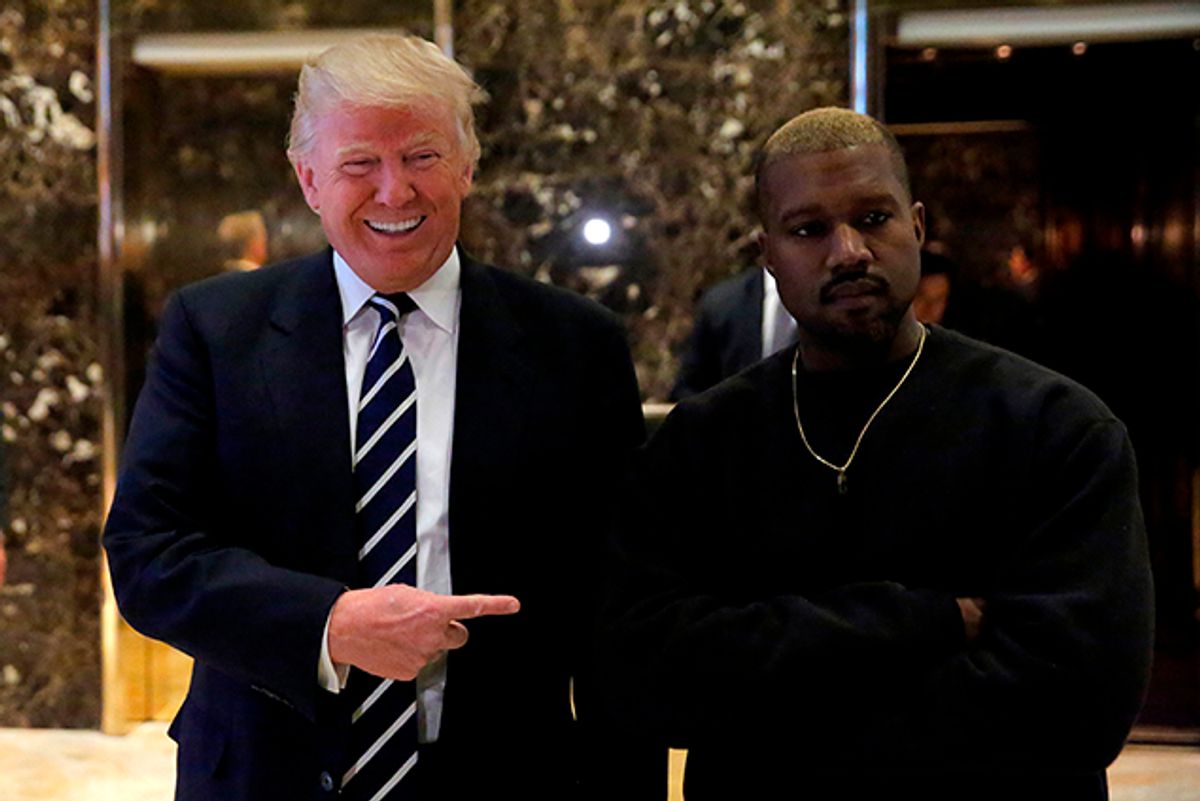 Kanye West, who has sold tens of millions of albums and a hundred million digital downloads to date, is not considered "traditionally American" enough to perform at Donald Trump's celebrity-free inauguration ceremonies.

The Trump friend, who was named one of Time's most influential people in 2015, was not asked to perform at the swearing-in ceremony, a Trump team member told Erin Burnett on CNN Wednesday night: "He's been great, he considers himself a friend of the president-elect, but it's not the venue. The venue we have for entertainment is filled out. It's perfect. It's going to be typically and traditionally American. And Kanye is a guy, we just haven't asked him to perform. We just move on with our agenda."

Damn @kanyewest couldn't even get to perform at this friend @realDonaldTrump's inauguration b/c the event is "Traditionally American". pic.twitter.com/wu3EezncR2

Apparently a "traditionally American" event, in the eyes of Donald Trump and his team, does include scantily dressed women doing high leg kicks — even if they're not volunteering to do it. But not Kanye West?

That being said, let's go over the other "traditionally American" singers the inauguration team has asked to perform for them.

There's Elton John, who Trump transition members said was going to be performing — but isn't performing. Elton John is English.

There's Celine Dion, who said in December she declined an invitation to perform during the inauguration. Celine Dion is Canadian.

Wonder why Kanye West didn't get a call?