Freeing Chelsea Manning was the right thing to do — why is Obama ignoring the case of Don Siegelman?

Having set Chelsea Manning free, will Obama use his last day to correct a political prosecution of the Bush era? 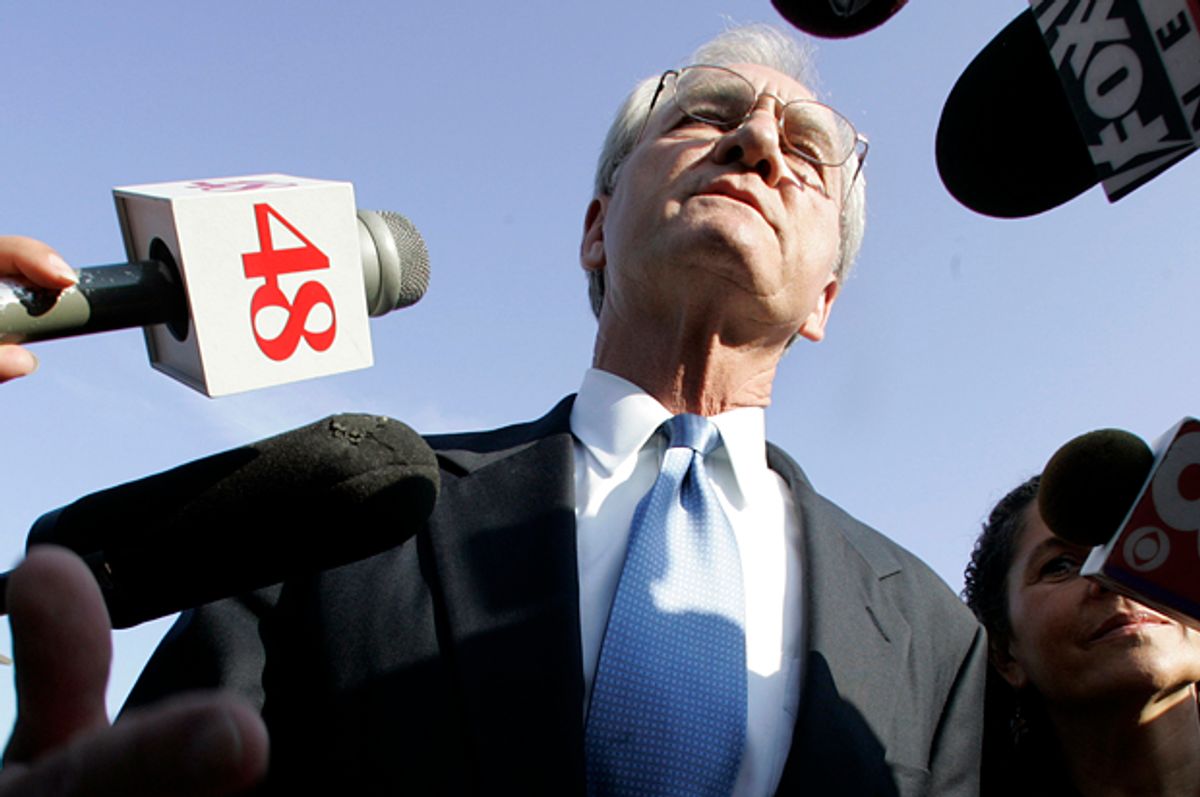 On Wednesday President Obama issued a whole bunch of pardons and commutations, with one granted to Chelsea Manning, the former Army private convicted of leaking classified documents, including evidence of an alleged heinous war crime in Iraq.

It is a controversial commutation, as I'm sure Obama expected, with Republican leaders such as House Speaker Paul Ryan wringing their hands and expressing their horror that this sends a message that "treachery" will be rewarded.  (No word yet on whether they are are equally horrified by the confirmation that five separate agencies are currently investigating whether the campaign of our new president may have colluded with a foreign government.)

Obama addressed these concerns in his final press conference later on Wednesday, pointing out that Manning had already spent years in prison and received a disproportionate sentence compared to others accused of a similar crime. It's hard to imagine that anyone will look at the Manning case, which includes torture allegations and suicide attempts and see someone who "got away with it." Commuting her sentence was the decent and humane thing to do.

Indeed, Brian Beutler makes a convincing case in this week's New Republic that Obama should do something similar, for different reasons, for Edward Snowden — who should not be used as currency in the weird relationship between Donald Trump and Vladimir Putin.

Ryan is not the only right-winger having a hissy fit over Manning's commutation. Sean Spicer, Trump's new press secretary, unctuously proclaimed that the president-elect was "troubled" by it while The Wall Street Journal dove headfirst into the gutter with this odious screed headlined "Politically Correct Clemency: Obama springs gender celebrity Chelsea Manning from prison."

All these conservatives have apparently forgotten that the most notorious presidential pardons in recent history all came from Republicans pardoning one another. First, of course, was the preemptive pardon of Richard Nixon by Gerald Ford, previously his handpicked vice president. (Ford remains the only president in history never elected to national office by voters.)

You can understand why Republicans would prefer to forget that one — especially now. The second was George H.W. Bush's Christmas Eve pardons of six high-level members of the Ronald Reagan administration, including the former secretary of state and the former head of the CIA's clandestine services, over their crimes in the Iran contra affair. Talk about sending a "troubling message."

Republicans defended those pardons to the hilt as presidential plenary powers and then turned around and launched a major criminal investigation of Bill Clinton's pardon of financier Marc Rich in 2000. On Wednesday Politico reported that newly released memos about the case reveal that the prosecutor and current director of the FBI, James Comey, had said in 2001 that he was "enthusiastic" about the investigation of Clinton's pardons.

That isn't surprising considering that Comey had been the legal counsel for the Republican-led Senate Whitewater committee and had prosecuted Rich in he first place. Comey moved on before the probe was finished but it went on for more than four years, cost millions of dollars and ultimately came to nothing, just as previous Clinton investigations had done.

One only hopes that Comey and the attorney general nominee Jeff Sessions don't decide to repeat history with any of President Barack Obama's commutations. There are a lot of them. When the White House announced the latest names, including Manning, it released the following chart: 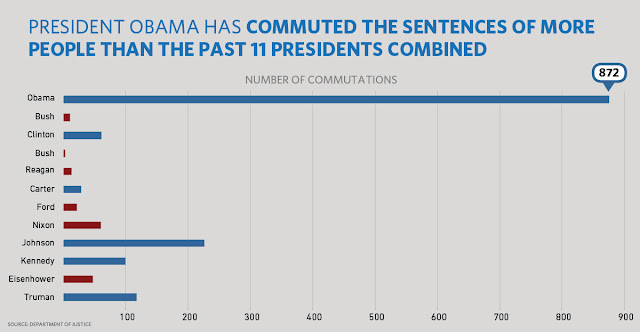 These are impressive numbers, particularly since there had been a lot of consternation during the first few years of his administration about his reluctance to use the pardon power to right some of the excesses of the criminal justice system. He has obviously made up for lost time and good for him.

There is one miscarriage of justice that Obama has not taken up, however, at least as of this writing that has a lot of people scratching their heads. That would be the case of former Alabama governor Don Siegelman, a Democrat who was the victim of an egregious political witch hunt during the Karl Rove era. He remains in prison to this day. (The free-don.us website has outlined the whole sordid tale of his persecution.)

Jeffrey Toobin argued for Siegelman's pardon a couple of years ago in The New Yorker. Basically, he said the case was about a single campaign contribution. Siegelman served as governor from 1999 through 2003. Siegelman had run on a platform that promised to create a state lottery to help pay for education and arranged for a ballot question on the issue. A health care executive named Richard Scrushy donated $500,000 to fund the lottery campaign, which eventually lost. During the course of that campaign Siegelman had reappointed Scrushy to a state board. Despite the fact that Scrushy had served in that position through three previous administrations, this appointment was portrayed by federal prosecutors as payback for Scrushy's contribution to the lottery campaign. After much courtroom drama, Siegelman was sentenced to seven years in prison.

This was a political prosecution. You'll recall that the Justice Department of George W. Bush was rife with politics, culminating in an ugly scandal in which the attorney general, Alberto Gonzales, resigned after it was revealed that he had fired prosecutors for refusing to investigate and indict Democratic politicians at the direction of Republican officials. As Toobin explained, there was evidence that President Bush's consigliere, Karl Rove, had promised Alabama Republicans a DOJ investigation of Siegelman — and by all accounts Rove delivered one.

Considering the ethical train wreck that is about to overwhelm the White House, it is absurd that Siegelman remains incarcerated. He never should have been imprisoned in the first place and he deserves to be freed. President Obama should pardon him or commute his sentence before Sessions, a member of the same GOP Alabama cabal that put Siegelman away in the first place, takes the reins at the Justice Department.