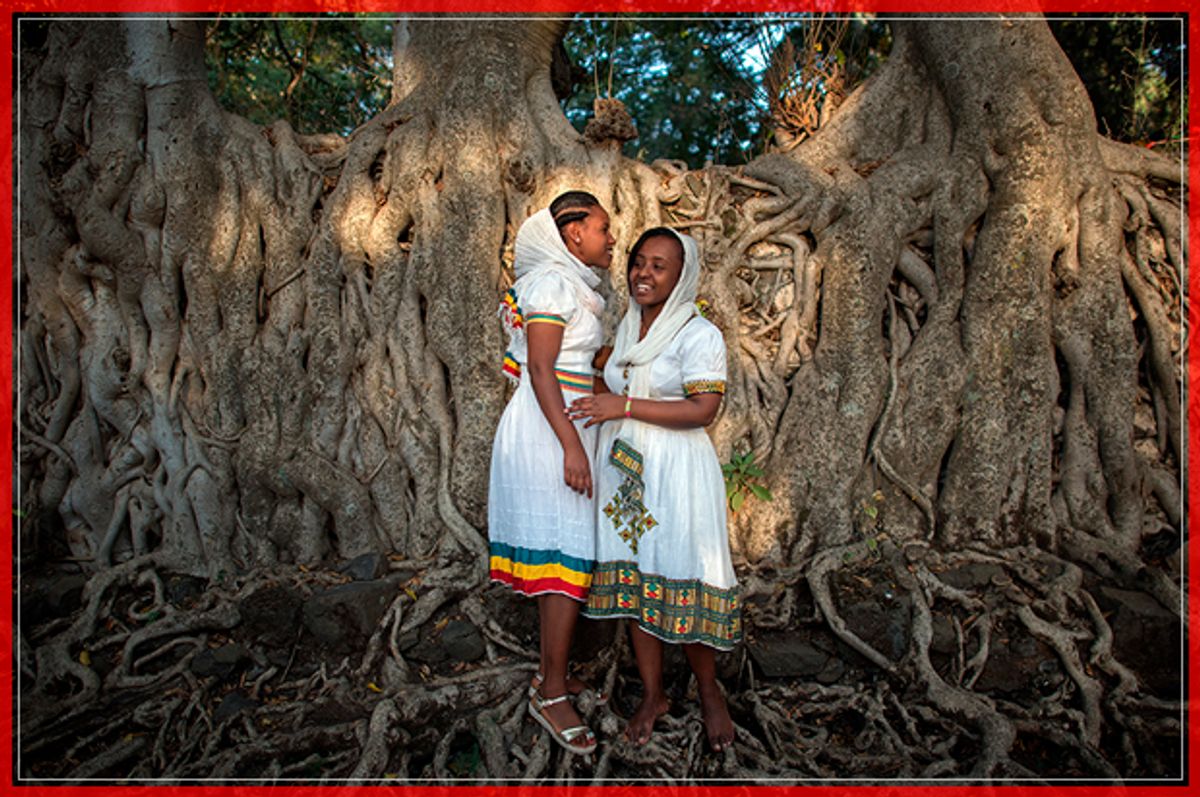 GONDAR, ETHIOPIA - JANUARY 18: Women pose for a photograph in traditional Ethiopian dress during the annual Timkat epiphany celebration on January 18, 2017 in Gondar, Ethiopia. Timkat is the Ethiopian Orthodox Christian festival which celebrates the baptism of Jesus in the Jordan river. During the festival, Tabots, or models of the Ark of the Covenant, are taken from churches around Gondar and paraded through the streets to Fasilides Bath. (Photo by Carl Court/Getty Images) (Getty Images)
-- That is the look of a man who is having justifiable second thoughts about deciding to swim in an icy lake. Or maybe he's feeling reinvigorated. Either way, that looks COLD! In Catholic philosophy and the work of Catholic-schooled artists like James Joyce, epiphany refers to the bursting forth of light, truth, emotion or divinity. In The Ethiopian Orthodox Chuch, the term has a related meaning, celebrated here at the Timkat epiphany festival in Gondar, where women mark the baptism of Christ in the River Jordan. Commenting on the sluggish economy yet simultaneous dynamism in the German capital, Berlin's former mayor Klaus Wowereit once described the city as "Arm aber sexy" ("poor but sexy"). The label still applies two decades later – and may it forever!

Allahabad, India   Jitendra Prakash/Reuters
Stunt performers ride a car and a motorcycle around the "Well of Death" at the Magh Mela fair