WATCH: The new world of weed: why Cannabis is having a renaissance moment

With cannabis recently legalized in four new states, pot is the new come back kid, and has healing qualities 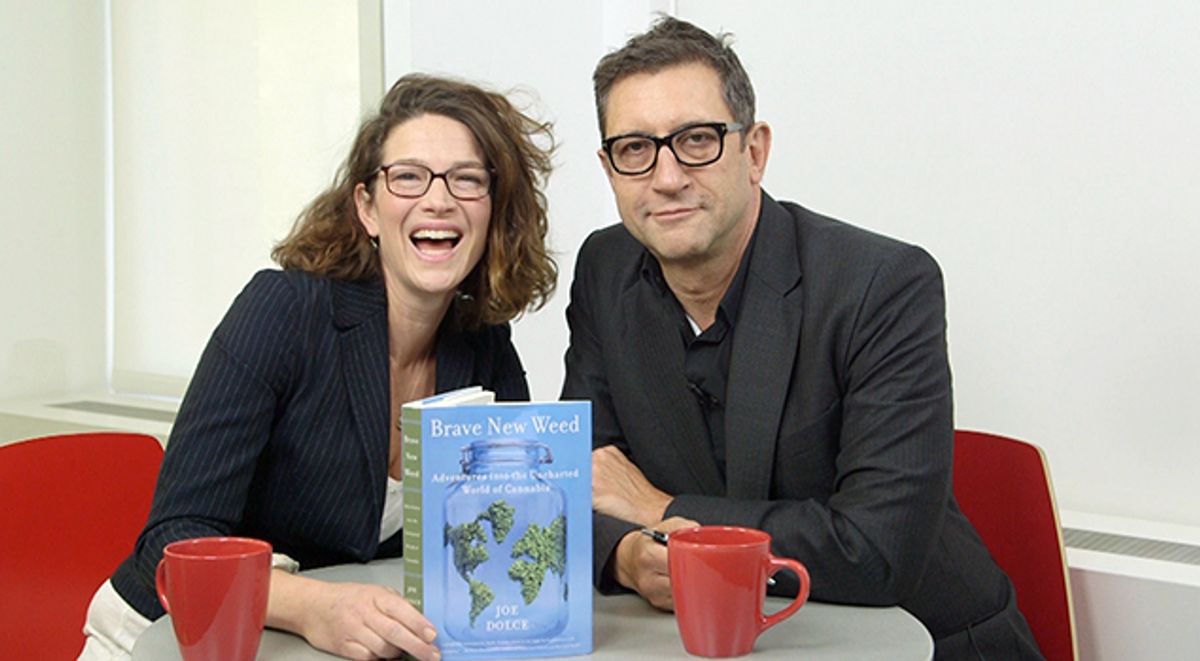 With four states voting in legalized cannabis in the recent election, it's clear that pot is having a renaissance moment. Now popular as a legal, and sometimes medical remedy for everything from cancer pain and chemotherapy nausea to veteran's PTSD, it's thought that the legal cannabis industry could generate at least $22 billion in annual sales across the US within four years. Because of its new legal status in multiple places, the market is exploding, and investors are jumping on the bandwagon as the post-millennial entrepreneurs of high cool. Everyone wants a piece of what has historically been so verboten.

A few years ago, Joe Dolce, former Editor-in-chief of Details and Star magazines, rediscovered cannabis himself when a family member confided he was growing it in his basement. A casual user in the past, Dolce said he had stopped years prior because the traditional strains of the plant gave him a sort-of hangover. That day, Dolce had a reintroduction to cannabis with "Super Lemon Haze", a strain of cannabis grown specifically to produce certain pleasant side effects like euphoria and creativity. According to Allbud.com, this particular form of cannabis is intended to create "heady, peppy, cerebral effects: arousal, creativity, energy, euphoria, and intense happiness." Dolce indeed felt the positives of the plant, and his perspective was changed. He set out on a multi-year journey to investigate why pot has traditionally been so vilified, and how opinions are changing based on its emergence as a medical remedy for many ills. The result was his book "Brave New Weed: Adventures into the Unchartered World of Cannabis", which hit shelves last October.

I sat down with Dolce recently, and he explained that cannabis was, in a way, vital to human procreation, because in its best formulation, it makes people "thrive", by encouraging so combination of drives needed for survival. Pot, he says, encourages people to "eat, sleep and screw".

According to Dolce, the United States has been "waging a war on cannabis since the 1930s, using politics and propaganda to
muddle our perception and understanding of this amazing plant." Now, there's a "massive shift in perspective that has allowed us to reconsider our myths and misunderstandings," he added, thanks largely to science and growers' ability to specifically engineer plants with different chemical percentages of the compounds THC, CBD and CBN. Joe visited cannabis gardens and grow rooms, doctor’s offices and dispensaries, hospitals and homemade hash-making labs, meeting a coterie of experts - from world class researchers to entrepreneurs and historians - who helped him learned unknown positive aspects of the plant. In so doing, he hoped to “tear down the walls of the cannabis closet” - and found out that more people are toking up and using cannabis oils for good and wellness than ever before.