I'm giving President Trump a chance: No matter how he governs, he will inspire political mobilization and dialogue

Take it from a recovering Never-Trumper: You don't have to love this president to see that he opens possibilities 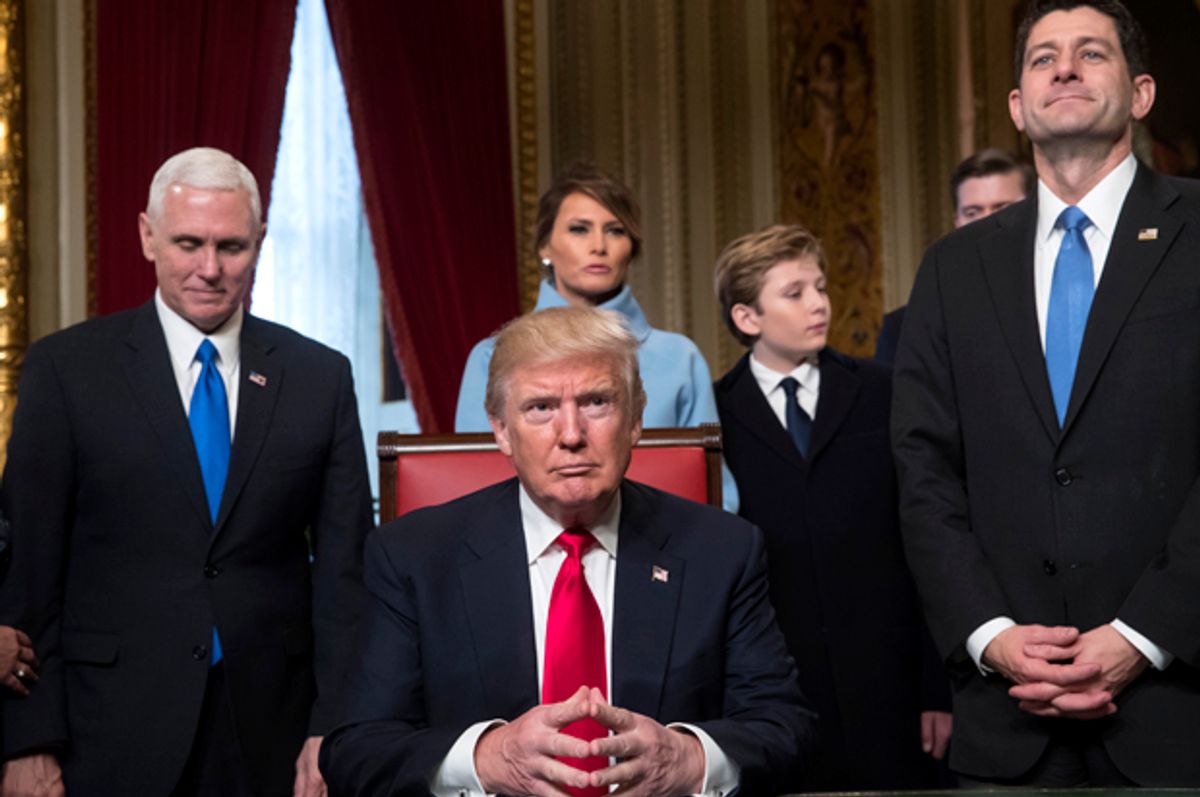 WASHINGTON -- As a recovering "Never Trump" conservative, today’s inauguration has been bittersweet. At a policy level, much of what Donald Trump advocated on the campaign trail made empirical sense to me, from repealing and replacing Obamacare to expanding school choice and creating a regulatory environment that would propel business growth. But our new president, entering office as the least popular president in at least 40 years, did a lot of other things on the campaign trail too. He praised or tolerated violence at his rallies, condoned adultery and other sexual improprieties, unleashed astonishing vitriol against his opponents and their family members and violated the norms of civil discourse in countless other ways.

Yet even after the toxicity of that campaign, President Trump enters a hallowed office. He now has the possibility for redemption; the expansiveness of the office and also his humanity inherently enables this possibility. It’s also very possible that Trump doesn’t actually believe much of his divisive rhetoric, that it was simply political theater he masterfully executed to capture the Oval Office.

The mandate of both houses of Congress offers additional goodwill; the question is whether, as former Reagan and George H.W. Bush appointee Al Sikes writes, Trump proves himself to be a true public servant who can hold or grow into that mandate. On the other hand, like President Obama, he could motivate opposition candidates and squander a congressional majority, perhaps even ushering in a Democratic majority who could start impeachment proceedings in a future Congress.

I often debate with my liberal friends about public policy intentions vs. outcomes. Many liberals have laudable intentions as they approach policymaking. They want to improve life for the most vulnerable people in our society. They want to atone for past codified discrimination. They want to live up to the American ideal of liberty and justice for all. They want to punish wrongdoers and prevent corruption. Policy outcomes can tell a far different story, however. That is why many conservatives argue that these intentions are far from useful for enabling human flourishing beyond mere talk.

President Trump, while running a breathtakingly unconventional campaign, seemed to be motivated by far from worthy intentions. It appeared his run for office was, to a large degree, to satisfy his ego, to settle a personal grudge with President Obama and even to make money for his brand. But today he stands at the crossroads of aligning the outcomes he will create with the noble intentions of his predecessors. Perhaps he truly can Make America Great Again.

Regardless of how he leads, we citizens should hold him accountable every step of the way. Toward that end, here in Washington, I am proud that my media startup Bold is partnering with Huffington Post and Bustle to host a women’s conference called “Watch Us Run,” a nonpartisan event bringing together notable figures in politics, media, the arts and activism to increase women’s involvement in public service. Our guests range from former New York City Council speaker Christine Quinn and former presidential candidate Evan McMullin to Michael Moore, "Daily Show" co-creator Lizz Winstead and Ashley Judd. We purposefully cultivated a range of ideological viewpoints to advance a bipartisan dialogue in the age of Trump.

Our gathering, blocks from the White House at the National Press Club, is aimed at action, at outcomes. We agree with women’s advocate Sallie Krawcheck that we must do more to encourage women to cultivate the confidence to seek public office and other senior leadership roles. Compared to men, women are increasingly America’s breadwinners, control disproportionate consumer and health care spending and are more vulnerable in retirement years. The time for action has never been clearer.

While I would have preferred to see any of the other 16 Republican primary challengers sworn in as president today, I have come around to feeling glad that  Trump won. His victory opens to the door for dialogue and healing on a host of cultural divides that have plagued our country since the 1960s. The question is whether we as a country will embrace that dialogue and move toward a future of unity and growth. I am hopeful, and agree with former President Bill Clinton: “There is nothing wrong with America that cannot be cured by what is right with America."