Fascinating world views from inauguration day in Washington D.C. to Donald Trump protests in the Philippines 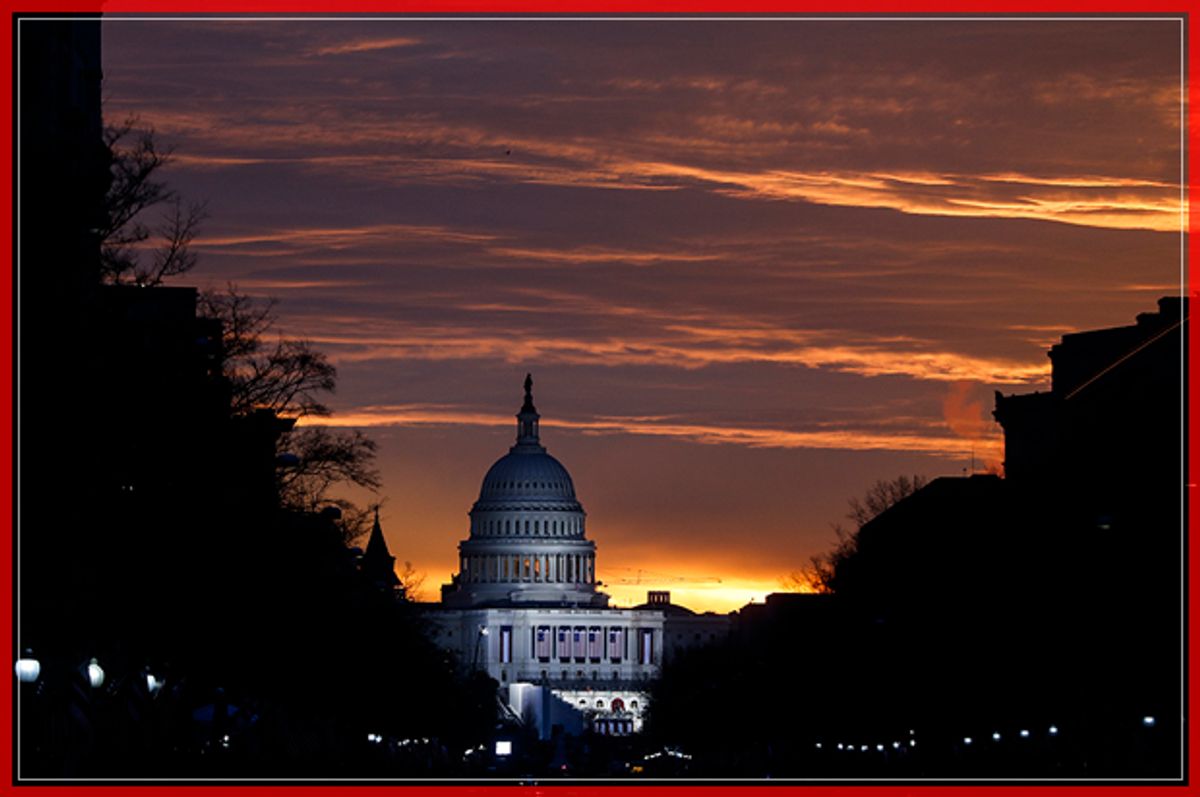 The Capitol Building is illuminated against the sunrise before the presidential inauguration of President-elect Donald Trump, Friday, Jan. 20, 2017, in Washington. (AP Photo/John Minchillo) (AP)
-- What I found amazing watching Trump's festivities was that he knew what was going on and played it so well. There are a couple of things that he struggles in doing, but creating reality TV isn't one of them. The family pause at Lincoln's foot was something that couldn't have been scripted better. If there's one thing that Trump can overcome, it's the negative PR that he may have brought about himself. Don't be surprised that he's going to spend a lot of time trying to fix that. While I would have preferred to see any of the other 16 Republican primary challengers swearing in today, I am now glad that President Trump won. His victory opens to the door for dialogue and healing on a host of cultural divides that have plagued our country since the 1960s. The question is whether we as a country will embrace that dialogue and run toward a future of unity and growth. I am hopeful, and agree with former President Bill Clinton: “There is nothing wrong with America that cannot be cured by what is right with America.

Washington, D.C.   John Minchillo/AP
The Capitol building illuminated by the sunrise on the morning of the presidential inauguration Author Elizabeth Scott wrote: “The sun will rise tomorrow. It always does, and all the wishing in the world for the way things were, or for what they could have been, won't change that. It won't change how things are.” But in 3 years, 9 months, 1 week, and 6 days the sun will rise on a day where real change can be implemented. Let's get it right this time. Expect to see a lot more photos of this nature now that Donald Trump has officially been sworn in as president. Just as the grassroots right was energized by opposing former president Barack Obama, I think we're going to see a lot more left-wing protests in the next four years.