The butcher's bill has come due: President Donald Trump is about to victimize his own voters

Our new president's supporters are likely to suffer from his regressive policies. I have no compassion for them 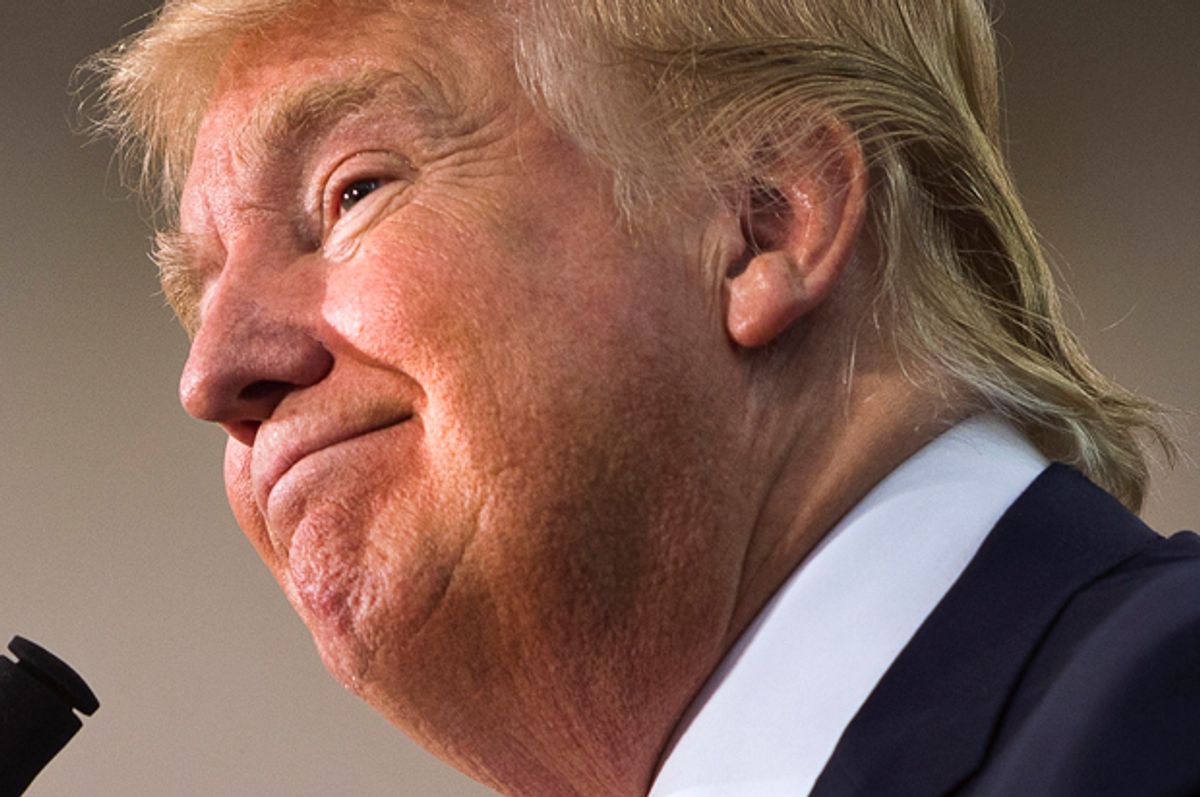 In the weeks between Election Day and Donald Trump's inauguration, I have found a new hobby. On a daily basis I read various newspapers, magazines and websites in search of stories about Trump voters and how they are surprised by their hero's broken promises, scared that he may take away their health care or worried about his troubling connections to Vladimir Putin and the Russian government. I then bookmark these news items in my Internet browser for later use. As Nero fiddles and his public dances I can at least try to find small joys and pleasures in the music.

This is my version of liberal Schadenfreude — with slightly more hostile intent. I doubt that I am alone in adopting this new distraction and source of pleasure.

There are many examples of Trump's voters and their increasing pain and anxiety.

I am particularly fond of this explanation from a Trump voter who benefited from President Barack Obama's health care reforms:

I’m not really a fan of [Obama's] policies, but I like the fact that he gave me health insurance. And I have been worried about the fact that, you know, is it going to go away because, like I said, we're in a situation now where I can't afford to pay $1,200 a month. And I can't go without insurance because [a family member] has to have it in order, you know . . . a transplant could be a million dollars. . . .  Well . . . we liked [Trump] because he just seemed to be a businessman.

The Instagram site Trumpgrets is also a source of great entertainment.

Many Kentucky coal miners supported Donald Trump even though he will likely take away their health care.

This Vox interview with a Trump supporter is priceless:

In the end, I voted for Trump because he promised to repeal and replace Obamacare, and that was the most important issue to my own life. Looking back, I realize what a mistake it was. I ignored the pundits who repeated over and over again that he would not follow through on his promises, thinking they were spewing hysterics for better ratings. Sitting on my couch, my mouth agape at the words coming out his mouth on the TV before me, I realized just how wrong I was.

There are many explanations for why a voter would might choose a candidate who is likely to do that person harm. The American electorate, to put it kindly, is not particularly sophisticated. The country's schools are broken: A high percentage of graduates of either high school and college lack critical thinking and reading skills. Many graduates also cannot read and properly evaluate a newspaper editorial, or discern if a story is from a reputable source or is "fake news." Voters also privilege different issues in their calculations. For committed conservatives, winning the "culture war" may be more important than basic pocketbook or bread-and-butter issues.

Social scientists have repeatedly shown the ways that American voters reason backward from their conclusions and ignore inconvenient information. The vast majority of Trump voters received their information from Fox News: Disinformation and lies are taken as truth; the phenomenon of circular and self-limiting knowledge that social scientists call "epistemic closure" creates right-wing political zombies. Racism, authoritarianism, bigotry and ethnocentrism are a toxic (and politically intoxicating) mix.

And perhaps the most basic truth is that Trump's voters simply wanted to elect a human grenade as president. They pulled the pin and then forgot to run away from the explosion, likely because they were fascinated by the spectacle and eager to witness the harm that they believed Trump would do to their enemies.

Rural Americans will suffer because of Trump's environment, trade and agricultural policies. Wealth and income inequality will become more extreme, thus punishing and constricting the life opportunities of the vast majority of Americans of all races and backgrounds. Efforts to roll back and destroy Obamacare will deprive millions of health insurance and may lead to the hundreds of thousands of deaths. Potential deportations of undocumented immigrants will further damage the economy by raising the cost of food and services while also requiring large expenditures of federal money. The expansion of the "stop and frisk" Terrordome against black and brown communities will likely increase the number of people killed and brutalized by police while also draining public coffers to pay for the prison-industrial complex as well as to settle innumerable lawsuits against police.

As philosopher Henry Girioux has repeatedly warned, the "dead zone of capitalism" will only be expanded by Donald Trump and the Republican Party's obsessive advancement of predatory capitalism and austerity. Red state America is already economically unproductive and parasitic, largely dependent on the taxes and economic activity generated in blue state America. As such, Trump's policies will disproportionately punish his greatest supporters.

Well-intentioned liberals and progressives insist that we should empathize with Trump's semi-mythical "white working-class" voters. These progressive and liberal dreamers reference examples of interracial alliances that struggled to advance shared class interests. Of course such alliances across the color line have occurred in the United States. The United Mine Workers union offers an important example of interracial, if uneven, collaboration and cooperation. At times, white and black sharecroppers across the South and elsewhere worked together against the planter-class plutocrats of the 19th and 20th centuries. In Texas, the "white scourge" of cotton was indeed king, but laborers — whites and people of color — found ways to work together to advance their shared economic interests.

Unfortunately, such interracial alliances are not common in American history. Poor and working-class white Americans have all too often chosen the psychological and material "wages of whiteness" instead of allying with people of color in the same economic class, even when the latter option would have lifted all boats. These white Americans were not tricked or hoodwinked or conned or bamboozled. They made a decision that loyalty to whiteness took precedence to  a shared sense of humanity and the common good. This is a persistent feature of American history from long before the founding of the republic through the era of Donald Trump.

When Trump's administration fails to fulfill his promises and leaves the country worse off than before he became president, his voters will be faced with a choice. Will they continue to support him? Will they turn on their champion? Can the Great Leader successfully spin and obfuscate his failures?

As Trump fumbles that economic transition, we can assume that his opponents, both in Washington and on Main Street, will be cast as “elites” who are, supposedly, causing the problem in the first place.

Trump's voters will follow along in lockstep. They will blame  Obama, focus their anger on "illegal immigrants" or simply default to blaming "lazy blacks" and "inner-city residents" for the country's problems. This is a product of the deeply ingrained right-wing ideology and white identity politics that Trump leveraged to win the White House.

Author William S. Burroughs offered the wisdom, “Hustlers of the world, there is one mark you cannot beat: the mark inside.” Showman P.T. Barnum supposedly said there was a sucker born every minute. Both observations are appropriate for explaining how Trump's apparatchiks and supporters are likely to react to his imminent crisis and failure.

Today is Inauguration Day. The butcher's bill has come due. America, how will you pay it?