The faces of inauguration day: A Salon visual essay

The swearing-in ceremony of Donald Trump attracted a wide diversity of looks, attitudes and opinions 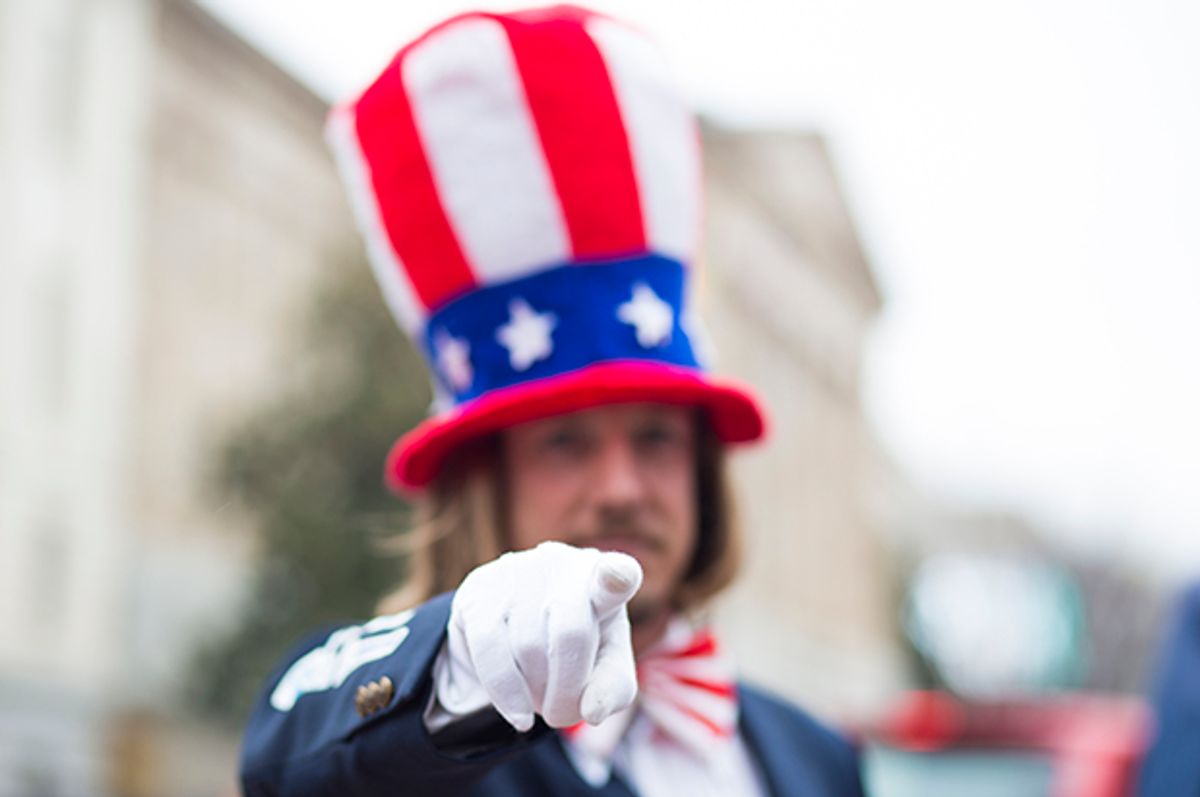 The following photographs were taken in Washington DC on January 20, 2017, the day Donald J. Trump was sworn in as 45th president of the United States of America. Thomas Moore from Rochester, NY
"I think prayer is a good idea because I think sometimes, um, you know, there really is very little that we can do. Together we can do a lot but I think in prayer there is a lot that can happen that we just don't understand." Frosty
"It's been selling pretty good, yeah, with his face, I think anything with his face on it would sell." Dwight Kirk
"I don't want to normalize the kind of things he represents." Angela
"I think it's worth witnessing. I don't care what side you're on. I understand there's high emotions about this election and what is our future, but either way we feel something today. People are alive today and I think it's great to witness." Pete
"I think we have wholly-owned corporate run politicians and I think if we had some campaign finance reform and got some money out of politics we'd have a government of, by and for the people." Chrys Davis from Columbia, South Carolina
Q - What are you doing?
A - "Making my enemy my footstool."
Q- Who is your enemy?
A - "Our now President, Donald Trump."
Q - What does that mean?
A - "Well, I took his name and made a hat for him to put food on my table, clothes on my back by selling products."
Q - How do you feel about having an opposing view but yet you're still selling his products?
A - "Um, I have no feeling towards it."