Congratulations, America — you did it! An actual fascist is now your official president

Yes, the word fits him, and it really happened. There is still time to fight back and save the best of America 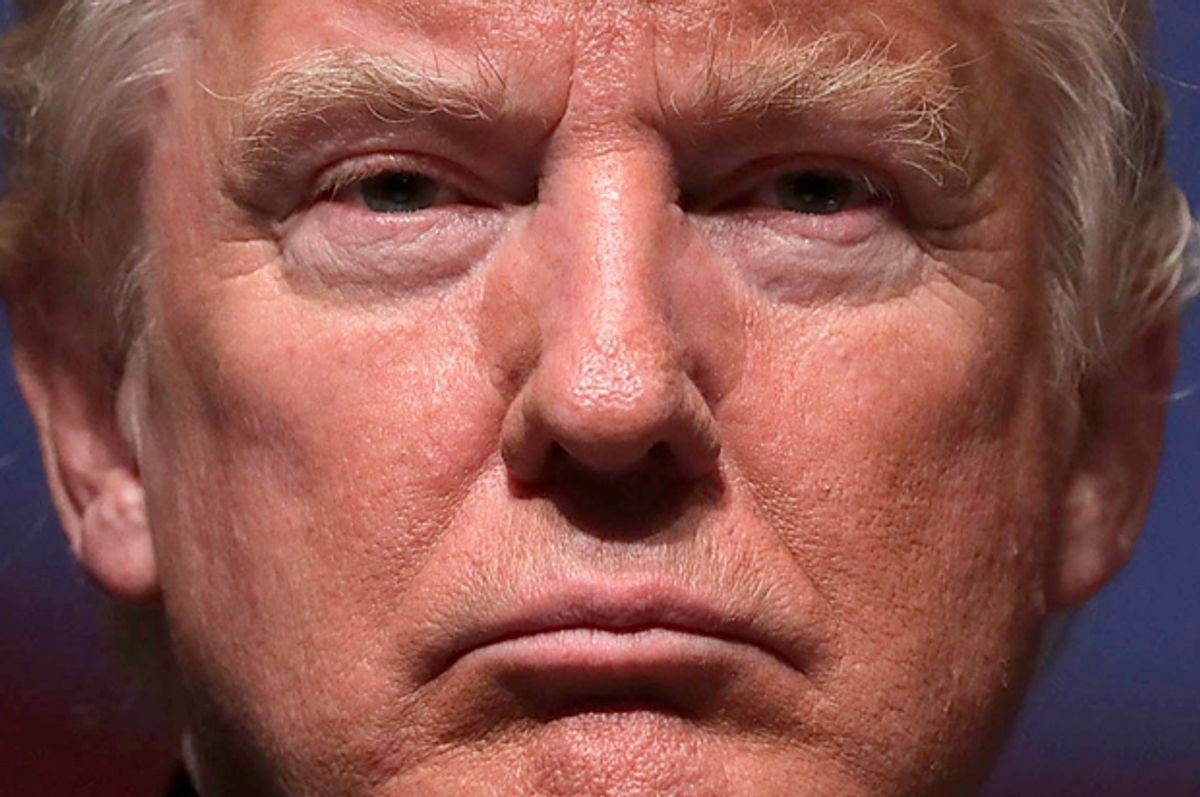 Donald Trump is also a fascist authoritarian in the American mold and leader of the world's most powerful and influential "democracy."

Throughout the 2016 presidential campaign, the American news media desperately avoided using such language to describe Donald Trump. They did this because of material self-interest and advertising revenues, as well as an inability to accept how Trump had gamed obsolete journalistic norms of "fairness," "balance" and "objectivity."

In doing so, the American news media facilitated Trump's rise to power. They labeled Trump as a "populist" who was "unconventional." The American news media kept suggesting that Trump would "pivot" for the general election in order to win more "mainstream" and "centrist" voters. There were some bold voices who said that Trump had "authoritarian tendencies." But very few commentators had the courage to plainly state that Donald Trump was a fascist -- even though the evidence was growing then and is now insurmountable.

Ultimately, the American news media were and are like the troglodytes in Plato's "Allegory of the Cave," comforted by the dark because their eyes would be hurt by the light of the truth. Or, to borrow from a more contemporary example, the media did not want to face the situation Morpheus explains to Neo in "The Matrix": "Standing there, facing the pure horrifying precision, I came to realize the obviousness of the truth."

The anxiety about calling Donald Trump a fascist was also enabled by many liberals and progressives who were desperate to appear fair-minded by being politically generous to their conservative and Republican foes. Such people maintain an erroneous belief that there is some type of continuum or symmetry between today's Republicans and the policies offered by Democrats.

Because liberals and progressives belong to a centuries-long tradition with origins in the Enlightenment, they are unprepared to deal with the primitive thinking and irrationality that drives Donald Trump's political movement and contemporary conservatism more generally. In reality, the Republican Party abandoned any semblance of normal politics beginning with their assaults on Bill Clinton in the 1990s. This long decline culminated with the Republican reaction to Barack Obama and now the rise of Trump.

It is impossible to know what course American democracy will take under Trump’s presidency. The fears of authoritarianism may prove overblown, and Trump may govern like a normal Republican.

This assumes there is something called a "normal Republican," and that Trump is something else. But Trump won more votes than any Republican presidential candidate in history. Research shows that authoritarian attitudes have increased among the American public over the last 20 years, especially among Republicans. The Republican Party is the country's largest white identity organization: It mobilizes anti-black and anti-brown animus for political gain. Since at least the 1960s, conservatism and racism have been functionally identical in this country. Trump leveraged those forces to maximum effect in order to defeat Hillary Clinton and win the White House.

In short, Donald Trump is a normal Republican. Pretending otherwise is what led the chattering classes to underestimate Trump's appeal to the angry, authoritarian-minded white voters who elected him.

Donald Trump is a fascist. It's not an easy thing to say. Own those words. Acknowledge the truth of the situation that America (and the world) now faces.

What to do now?

Protest marches are great. Now plan for what comes after the cathartic release.

Run for office on the local and state level. Practice political consumerism: Refuse to spend money at stores, banks, and other businesses that work with Trump, his administration or his enterprises. Target Republican officials with phone calls and emails. Let them know that if they support Trump there will be negative consequences at the ballot box.

Borrow from the obstructionist strategy that Republicans used against Barack Obama. Turn the metaphorical map upside down and practice political Aikido.

Learn from those groups and individuals who have been actively fighting fascism. Donald Trump and his movement are not normal. Do not make the mistake of treating them like they are. There is no room for negotiation or compromise.

America is your country. Donald Trump and his supporters represent the tyranny of minority opinion. Consequently, they are the worst example of the will, spirit and character of the American people.

Now is the time to reclaim the United States' fundamental character before the world, and recapture the most noble sense of American exceptionalism. Shouting "Not in my name!" is a fine beginning, but not an ending. Resistance to Donald Trump and everything he represents must be the new normal. Anything less is not acceptable.