"Make America great again" means whatever you want it to — at least if you’re a paranoid, small-minded white dude 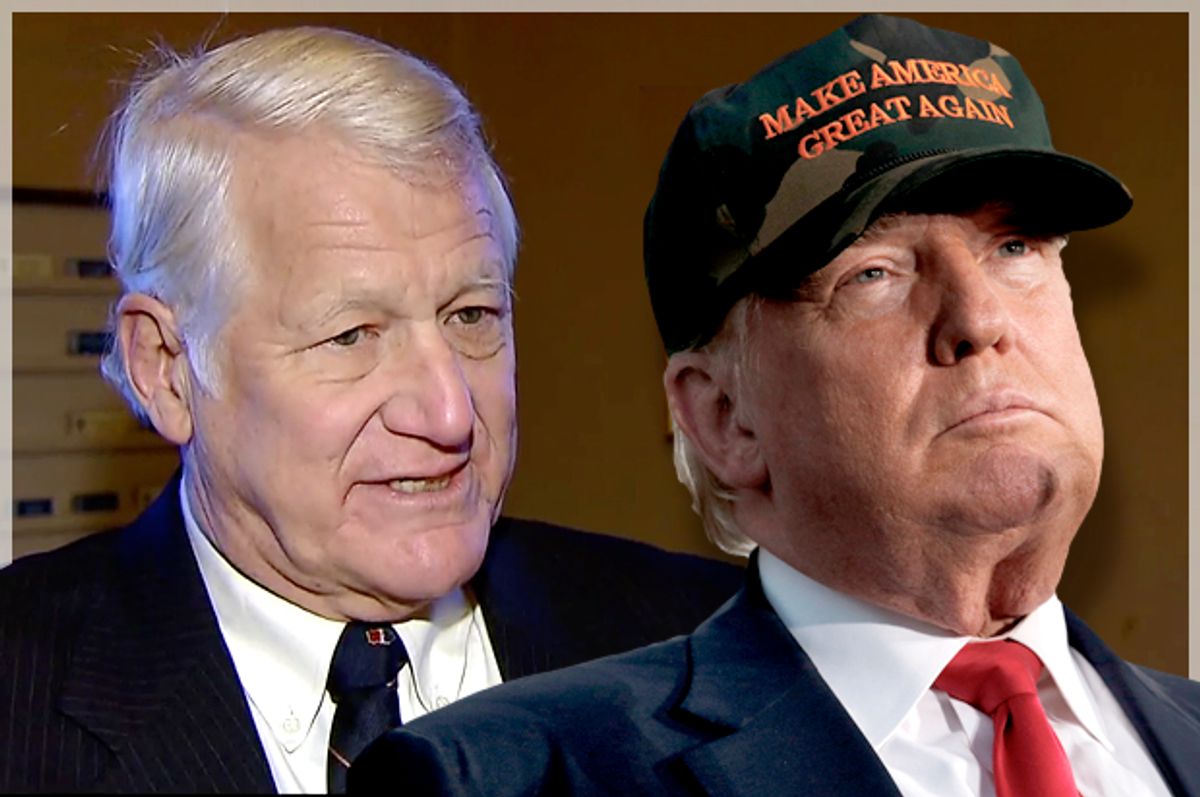 Since launching his presidential campaign back in mid-2015, Donald Trump’s campaign slogan, “Make America Great Again,” has taken on a life of its own, becoming a rallying cry for millions of Americans who feel as if their country has lost something that previously made it great. What, exactly, that something is is not entirely clear. As Jon Stewart remarked shortly after the election, no one ever seemed to ask Trump what it was that made America so much greater in the past.

Of course, that vagueness is what made it such an effective slogan. Like many campaign slogans, MAGA can mean a great many things. To a young white male who identifies with the alt-right and Richard Spencer, for example, it is code for making America white and "culturally pure" again; to an evangelical Christian, it stands for making America devout and dogmatic again; to a blue-collar worker in the Rust Belt, it means making America a manufacturing powerhouse again.

And then there’s someone like Christopher von Keyserling, a local Republican politician in Connecticut who was recently in the news after being arrested for pinching a woman in the genitals. According to reports, von Keyserling got into a political argument with the victim at an unnamed town facility in early December. After saying “I love this new world, I no longer have to be politically correct,” and calling the woman a “lazy, bloodsucking union employee,” he proceeded to reach from behind her, “place his hand between her legs and pinch her in the groin area.”

People were quick to note the disturbing parallels between von Keyserling’s behavior and President Donald Trump’s, as described to Billy Bush in 2005. In this Trumpian world, von Keyserling thought that he could be as vulgar, sexist and indecent as his party’s leader — who managed to win the election even after admitting to conduct that appeared to fit the definition of sexual assault. For right-wingers like von Keyserling, Trump’s victory has made America “politically incorrect” again, which means they no longer have to hide or repress their sexist or racist or xenophobic views, or pretend to respect the rights of women. “Political correctness,” to von Keyserling, is what many other people consider basic decency. But values and social norms have evolved over time, and as an older white man von Keyserling is presumably nostalgic for the idyllic days of his youth, when women stayed in the kitchen and powerful men like him didn’t have to worry about being called out for their sexism or racism.

A recent survey from the nonpartisan research firm PerryUndem, which found that a majority of Republican men think it is better to be a woman today than a man, suggests that many other men who voted for Trump share this perspective. An 81-year-old retired police captain and Trump supporter articulated this view to the New York Times:

It’s easier being a woman today than it is a man. The white man is a low person on the totem pole. Everybody else is above the white man. … Everything in general is in favor of a woman. No matter what happens in life, it seems like the man’s always at fault.

The absurdity of this notion is evinced by the makeup of America’s political and economic elite. According to a 2014 report, white men — who make up roughly 31 percent of the population — control 65 percent of elected offices, and have eight times as much political power as women of color (moreover, the 114th Congress was 80 percent white and 80 percent male). White men also hold the vast majority of CEO positions in Fortune 500 companies and the majority of board of director positions. Not coincidentally, Forbes’ list of the 400 richest Americans is overwhelmingly made up of white men.

If everybody else was “above the white man,” it is doubtful that white men would possess substantially more power and wealth than every other group — or that, with the inauguration of Trump, 44 of our 45 presidents would belong to that group.

Of course, women, LGBT people and people of color have made a lot of progress over the past few decades. This has spawned the kind of bitterness and backlash we are now witnessing from many white men long accustomed to privilege.

Which brings us back to Trump’s ubiquitous campaign slogan. “Make America Great Again” can mean many things, but it is ultimately a slogan that appeals to the politics of reaction. Whether it’s a white supremacist longing for the time when the white race dominated without shame or guilt; a bitter old man reminiscing about the days when all women were ladies; or a Christian fundamentalist who idealizes the period before Roe v. Wade, birth control and Charles Darwin, they are united in their reaction and collectively feel like victims of the modern age. Needless to say, women, people of color and LGBT people are much less inclined to romanticize the “good old days.”

In his recent collection of essays on reactionary thinking, “The Shipwrecked Mind: On Political Reaction,” Columbia University professor Mark Lilla distinguishes between reactionaries and conservatives:

Reactionaries are not conservatives. … They are, in their way, just as radical as revolutionaries and just as firmly in the grip of historical imaginings. … [The reactionary’s] story begins with a happy, well-ordered state where people who know their place live in harmony and submit to tradition and their God. Then alien ideas promoted by intellectuals — writers, journalists, professors — challenge this harmony and the will to maintain order weakens at the top. … A false consciousness soon descends on the society as a whole as it willingly, even joyfully, heads for destruction.

Today political Islamists, European nationalists, and the American right tell their ideological children essentially the same tale. The reactionary mind is a shipwrecked mind. Where others see the river of time flowing as it always has, the reactionary sees the debris of paradise drifting past his eyes. He is time’s exile.

The reactionary mind may be shipwrecked, but the election of Trump has proven that the politics of reaction are as appealing today as ever before. The Trump campaign has accelerated the disintegration of public morality, and now the Trump administration threatens to shatter much of the progress that has been made over the past several decades, and return us to the bad old days.